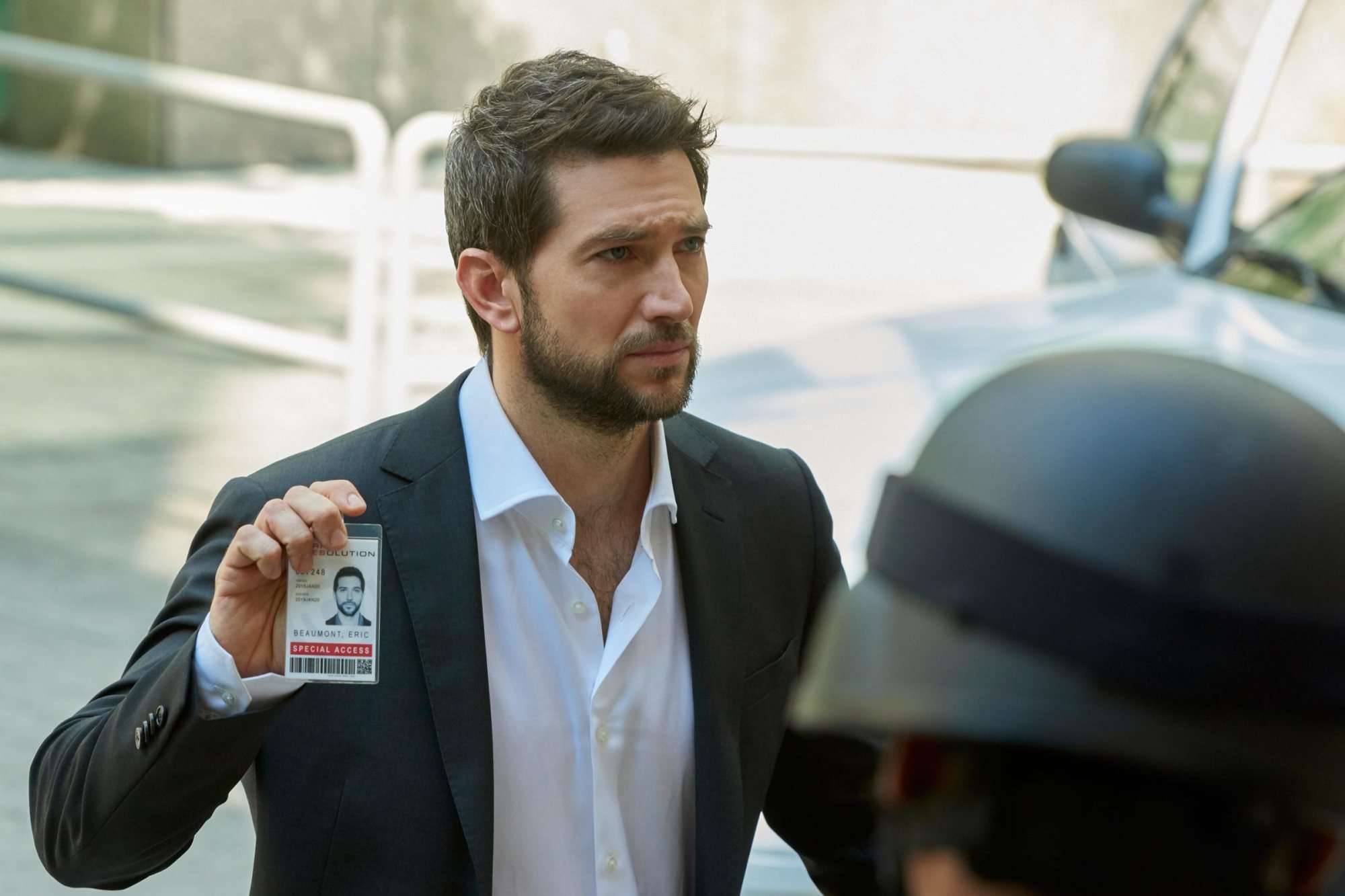 The opening act of CBS’s new drama, RANSOM, tells you everything you need to know about the show and its core cast. We meet the main players and see them engage in an action-filled situation that will surely be repeated over and over again, should the show have the good fortune to stay on the air. The flip side is that what is shown is completely formulaic and tired, the characters too-familiar archetypes, and the result is yet another unnecessary, practically unwatchable procedural that adds nothing of value to the television landscape.

We first see the world of RANSOM through the eyes of Maxine Carlson (Sarah Greene, Penny Dreadful), a ‘brilliant’ young woman who cannot get the only job she wants, working for a professional negotiator. She doesn’t care that she has been offered many other professional opportunities, she is determined to work for just one man, and she doesn’t take no for an answer. Which, of course, because this isn’t reality, earns her the job, rather than an appropriate restraining order. (Yes, the ‘twist’ is supposed to justify her behavior, but it feels forced.)

The trope of following the new person in the group is meant to introduce the audience to the rest of the ensemble, and while a tactic that works, seldom is it used so blatantly and with so little regard for realism. There’s a Maxine on every show like this, but few who seem so much a thin story device than a complex character. Her introduction is insulting to the discerning viewer, who deserves more than such an obvious ploy.

Through Maxine, we get to the real protagonist of RANSOM, Eric Beaumont (Luke Roberts, Black Sails), another stereotype. This is the charming hero that is nearly superhuman in his perfection, and will absolutely win every contest he enters without breaking a sweat, and mixes fatherhood effortlessly into it using the same skills he does in his job. Even his ‘flaws’ won’t detract from how people see his character, and he can handle himself physically as well as intellectually. Somehow, he knows more than everyone else in the room, and is the only one with decent judgment. When everyone else argues for one course of action, Eric does his own, different thing and is always proven to be right. It’s a boring, stale type of person that would feel out of place in the real world just as much as Maxine does.

In case anyone is still not fully understanding what RANSOM is going for, there is a scene in this initial sequence in which the cops have a gun pointed at the bad guy’s head. Law enforcement just wants to shoot him, but Eric heroically says the hostages must be protected, not once, but multiple times. Guess what? Eric goes in and talks the guy down.

As soon as this ridiculous initial act is through, RANSOM immediately launches into a case of the week, because, why not? This type of show doesn’t need a full pilot, it just needs an establishing sequence, and then it can get to the formula that will be repeated nearly every week with little variation. It also has a bland, diverse core group of characters that just check boxes, rather than being fully formed individuals, so no need to get to know them all that well.

On a very logical level, RANSOM accomplishes what a first episode should. It explains the world and the players to the audience, and then gets to their typical story framework. However, that’s just on paper. To actually be a good series, a show needs to be innovative, engaging, provide intriguing characters, and have something to say worth saying. RANSOM fails all of these criteria.

In short, RANSOM is a total waste of time for anyone other than someone looking for a quick, non-thinking, stand-alone burst of low-quality entertainment. Those people exist, sure, as other crime procedurals have proven, but we definitely have more than enough of them already, and they’re never going to be all that great, not among the most-loved, most-honored programs.

RANSOM premieres tonight after the football game, whatever time that ends up being.