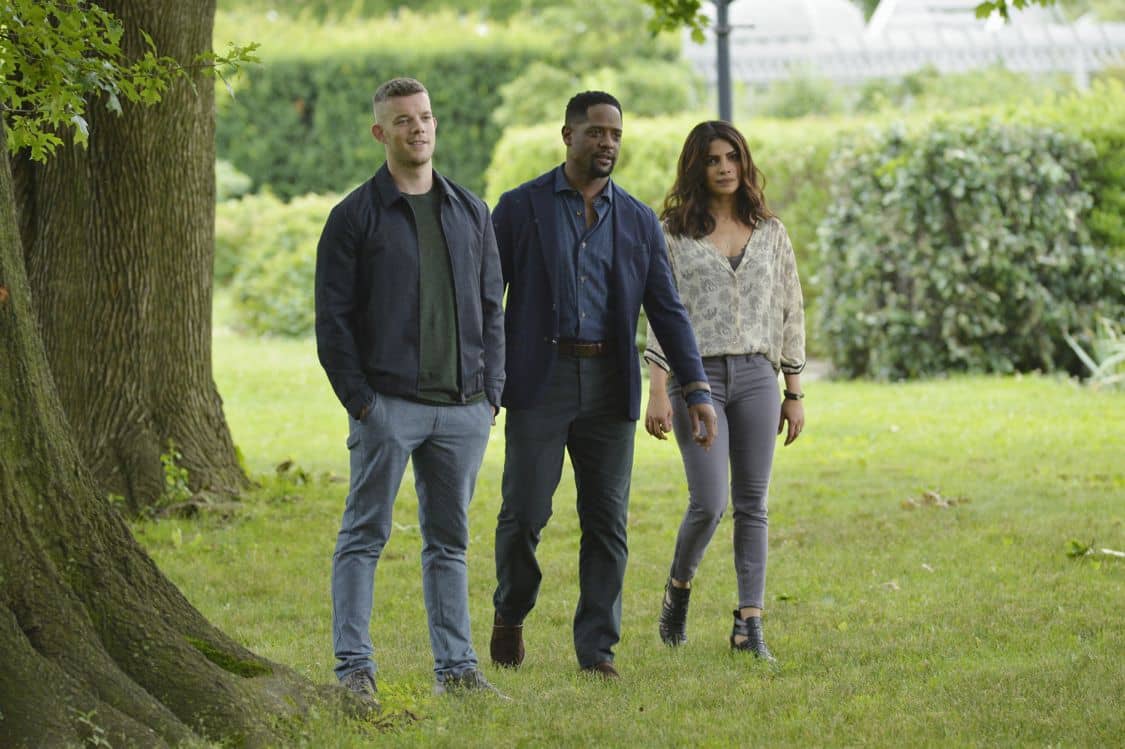 “Lipstick” – The new CIA recruits begin running counter-surveillance exercises at The Farm while Alex and Ryan navigate their new relationship with each other. In the future, Ryan and Raina try to disrupt the terrorists’ plan to blend in with hostages while trust becomes a deadly weapon, as not everyone is who they seem to be, on “Quantico,” airing SUNDAY, OCTOBER 2 (10:00-11:00 p.m. EDT), on the ABC Television Network.