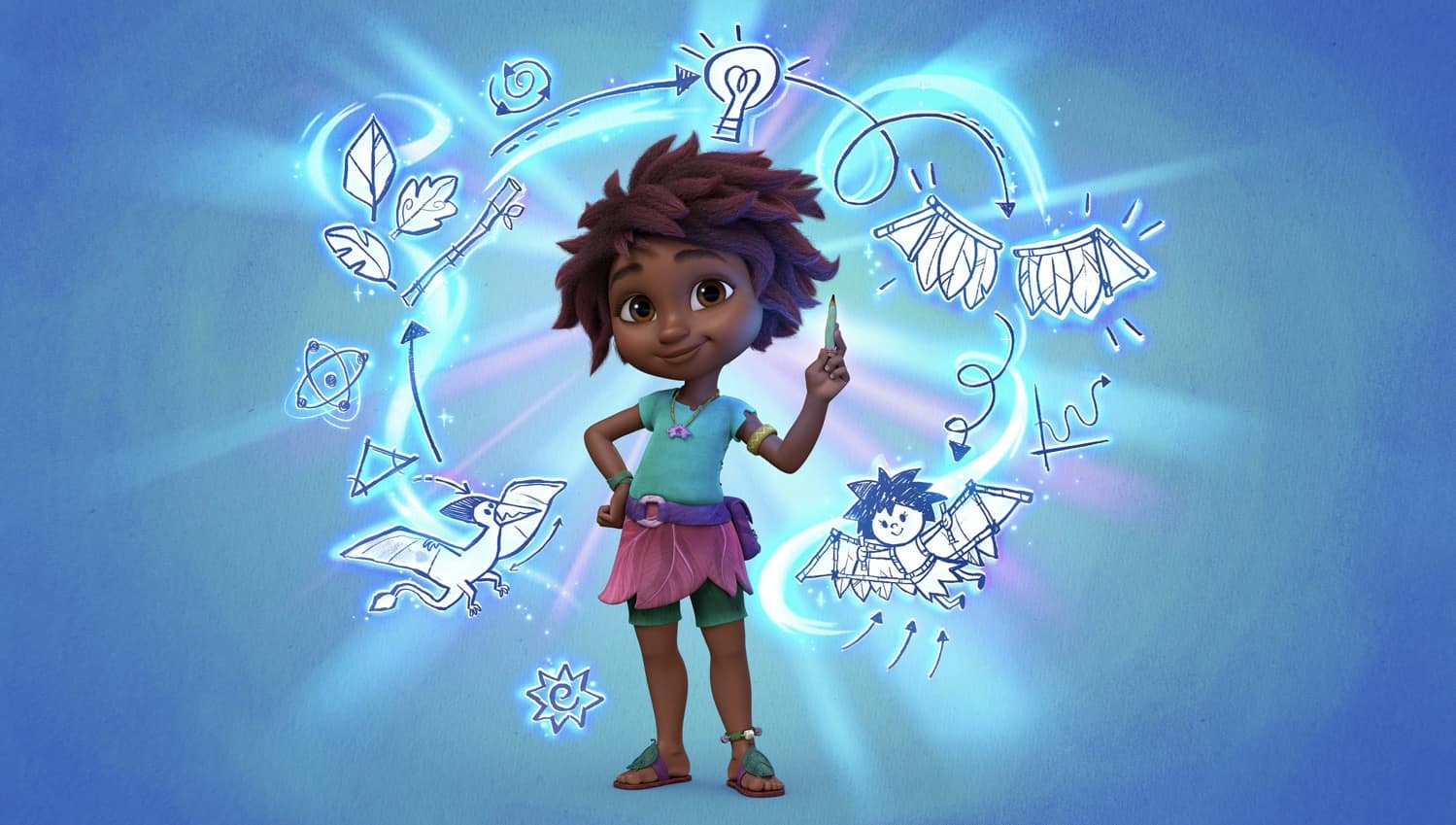 Production is underway on Disney Junior’s “Eureka!,” an animated music-filled series about a talented young inventor living in the fantastical prehistoric world of Rocky Falls. The series is set to premiere later this year. Ruth Righi (Disney Channel’s “Sydney to the Max”) stars as the voice of title character, Eureka, with Renée Elise Goldsberry (“Hamilton”) and Lil Rel Howery (“Free Guy”) as her parents, Roxy and Rollo, and Javier Muñoz (“Hamilton”) as her teacher, Ohm.

D’Ambrosia said, “Eureka is an inspiring young girl with a big imagination and even bigger heart. Through her creative inventions and friendships, she brings her prehistoric town together and helps others learn to look at the world from different perspectives. We like to think of her as our very first Disney Imagineer.”

“Eureka!” tells the story of a young girl inventor who is way ahead of her time. Utilizing creative out-of-the-box thinking, she designs inventions and contraptions in the hopes of making the world a better place and moving her prehistoric community into a more modern era. With the help of her supportive parents, teacher, best friends—Pepper and Barry—and beloved pet mammoth Murphy, Eureka is learning to embrace that she is not ordinary … she’s extraordinary.