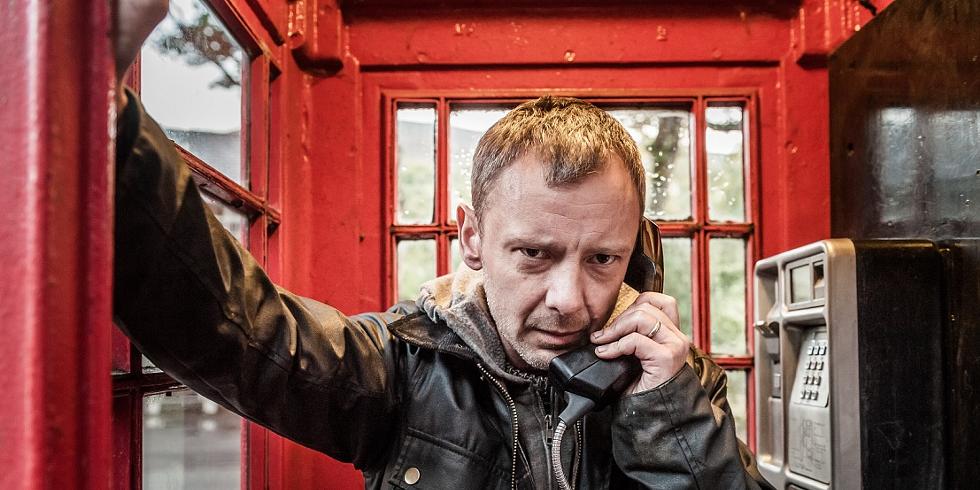 A British crime drama, PREY follows Marcus Farrow (John Simm, Doctor Who, Life On Mars) as he runs from the law. Marcus is a cop, but when his estranged wife and young son end up dead, he is the one the investigation points to. Is Marcus innocent? And if so, why is he being framed?

Despite the questions I pose in the first paragraph, I am pretty certain that Marcus is innocent. The first episode of PREY doesn’t show the actual crime itself, only Marcus finding his wife’s body, but the entire episode is from Marcus’ perspective. The viewer is made to care about and sympathize with Marcus, so it feels like a drama about clearing one’s name, not a mystery as to whether Marcus is evil or not. Though, there are plenty of unanswered questions as to what happened and why.

Having watched a number of British shows in this genre, PREY feels good, not great. Simm’s performance is terrific, of course; he’s a top-notch actor, and has proven that repeatedly in the past. But something about the story itself doesn’t seem as well put together as, say, Broadchurch or The Fall. I just didn’t find myself caring about Marcus all that much, and the clues we’re given and supposed to be following aren’t interesting or surprising enough to really grab my attention.

This is especially disappointing given the excellent opening, which is bizarre and intriguing. Beginning with a car crash in which viewers are not immediately told what’s happening, we get a sense of Marcus before we even know who he is or what’s happening. I liked the first scene a lot, and it’s a bit of a let down that it goes the way it does from there.

Even more disappointing is learning that Marcus is not the main character of PREY. I know, I know, I already said he was, and he is – for the first three episodes. Apparently, PREY changes direction after week three and there is a totally different case covered in weeks four through six, with an almost totally different cast. Simm exits and someone else replaces him.

There is one character, though, who is the connecting thread between the two stories, and that’s Susan Reinhart (Rosie Cavaliero, A Young Doctor’s Notebook). Susan is a co-worker of Marcus’ who is tasked with tracking down the officer after he goes on the run. She is the face of the law, the one trying to bring him to justice. She’s also totally forgettable.

I don’t blame Cavaliero for this. Looking back at her scenes, she does seem like a talented performer. But the way her part is written, on the fringe of the action with few notable qualities, make it very weird that she is actually the lead of PREY. Had I not done some research on the series before writing this review, I would never have guessed that, nor would I have thought it was a good idea. If she is going to be the spine of this series, I really wish more would be done to set that up or develop her further.

Because of my complaints about Susan’s character, and the mediocre enthusiasm I can muster up for the Marcus mystery, I can’t really recommend this one. Perhaps viewed by itself, it’s not bad, but slipping it in between episodes of The Fall (which I’m currently plowing through this week), it does not feel nearly as good by comparison, and so I am lukewarm on it. If you’re really into the genre, you might want to check it out. Otherwise, I’d give this one a pass.