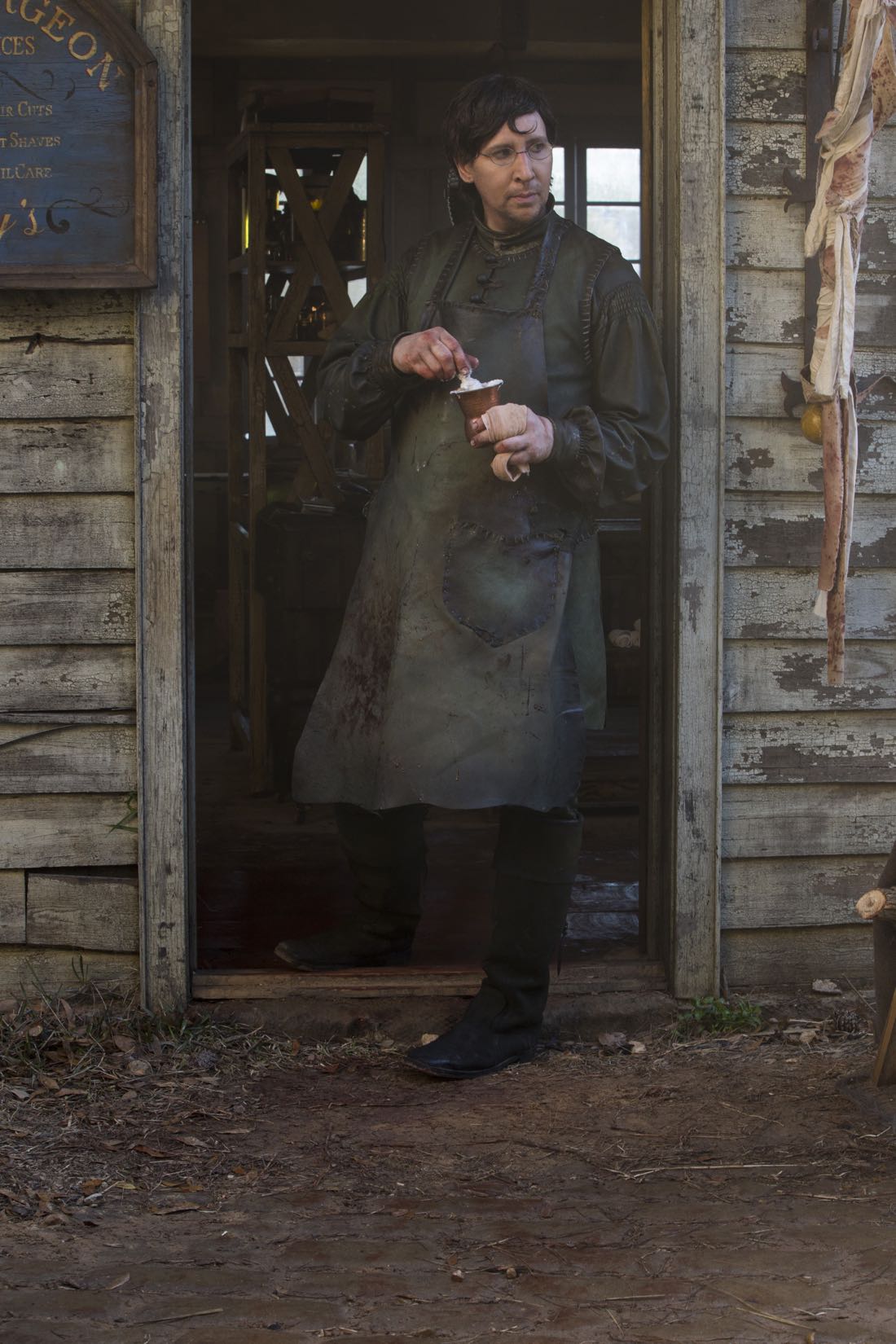 WGN America announced today that the highly anticipated season three of their spellbinding original drama series “Salem” will premiere Halloween week, Wednesday, November 2. The network also revealed a first-look photo of this season’s guest star, legendary artist Marilyn Manson, along with a bloody and chilling teaser trailer featuring Manson who portrays “Thomas Dinley,” a barber and surgeon who is the go-to man in Salem for everything from a shave and a haircut to being leeched, bled, sliced open or sewn up.