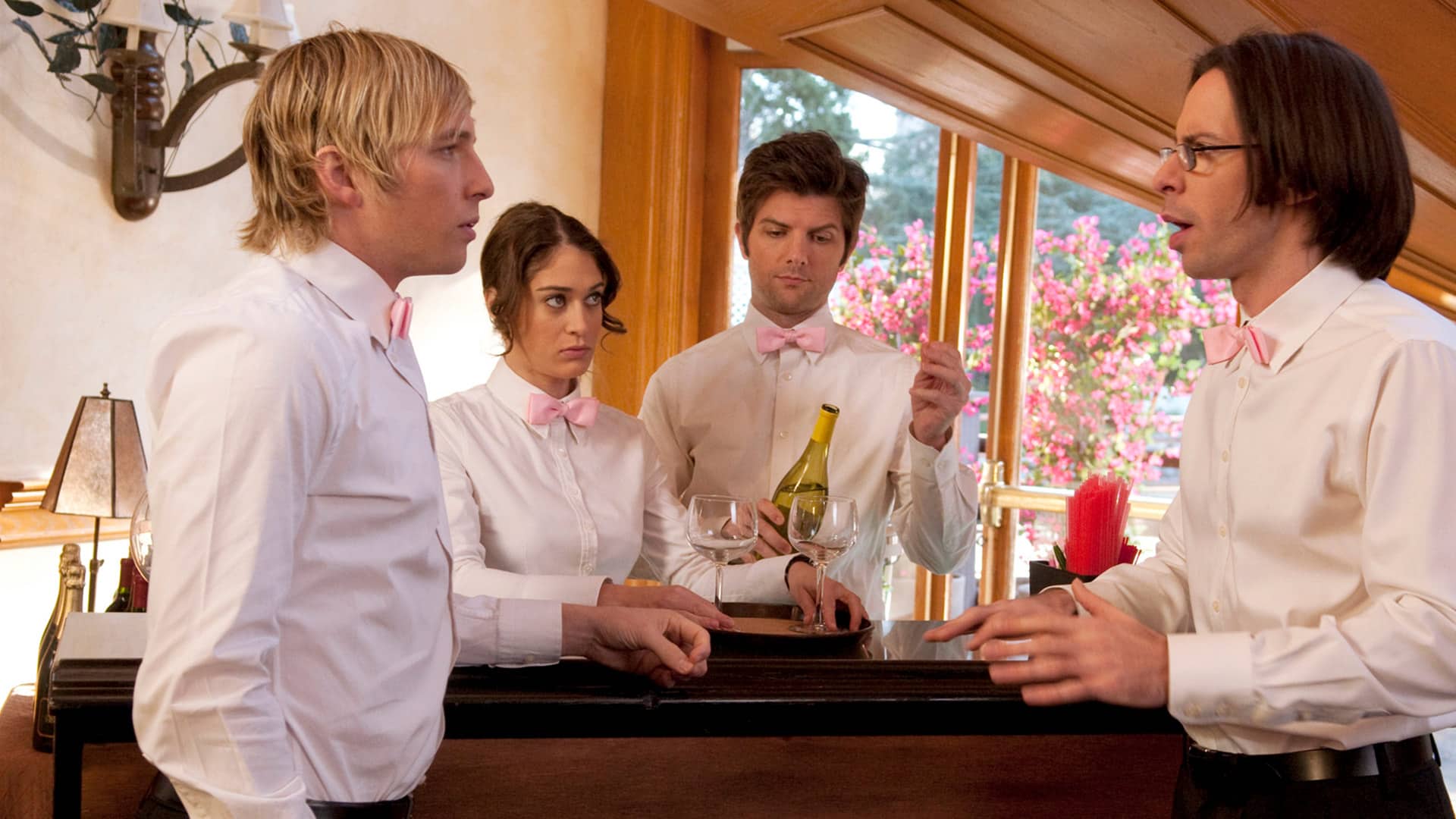 “Party Down” follows a Los Angeles catering team – a sextet of Hollywood wannabes stuck working for tips while hoping for their “big break.” Each episode of this half-hour comedy finds the hapless catering team working a new event – and inevitably getting tangled up with the colorful guests and their absurd lives.

“Before the cast of ‘Party Down’ became well-known television and movie actors and award winners, they were all wearing the same pink bowties as part of a less than competent team of Los Angeles cater-waiters while chasing their dreams of stardom on the STARZ series,” said Christina Davis, President of Original Programming for Starz. “Fans have been waiting more than 10 years for this revival to happen and we’re thrilled to be in development with Rob, Paul, Dan and John at the helm.”

“At the end of 2019, the ‘Party Down’ cast and producers were all reunited at a retrospective for the show hosted by Vulture. We had such a good time that we wanted to find a way to get the team back together again,” said Rob Thomas. “The cast is so busy these days that finding a window where we can do it may require trigonometry, but we’re determined to make it happen.”

Executive Vice President of Original Programming Karen Bailey is the executive overseeing “Party Down” on behalf of Starz.

About Starz
Starz (www.starz.com), a Lionsgate company (NYSE: LGF.A, LGF.B), is the global media company taking the lead in streaming premium content that spotlights a spectrum of women both in front of and behind the camera for audiences worldwide. Starz is home to the flagship domestic STARZ® service, including STARZ ENCORE, 17 premium pay TV channels and the associated on-demand and online services, as well as the proprietary and highly-rated STARZ app. In 2018, Starz launched its Starzplay international premium streaming platform and, coupled with its Starz Play Arabia venture, has since expanded its global footprint into 50 countries throughout Europe, Latin America, Canada, Japan and India. The essential complement to any subscription platform, STARZ and Starzplay are available across digital OTT platforms and multichannel video distributors, including cable operators, satellite television providers, and telecommunications companies around the world. Starz offers subscribers thousands of distinct premium television episodes and feature films, including STARZ Original series, first-run movies and other popular programming.