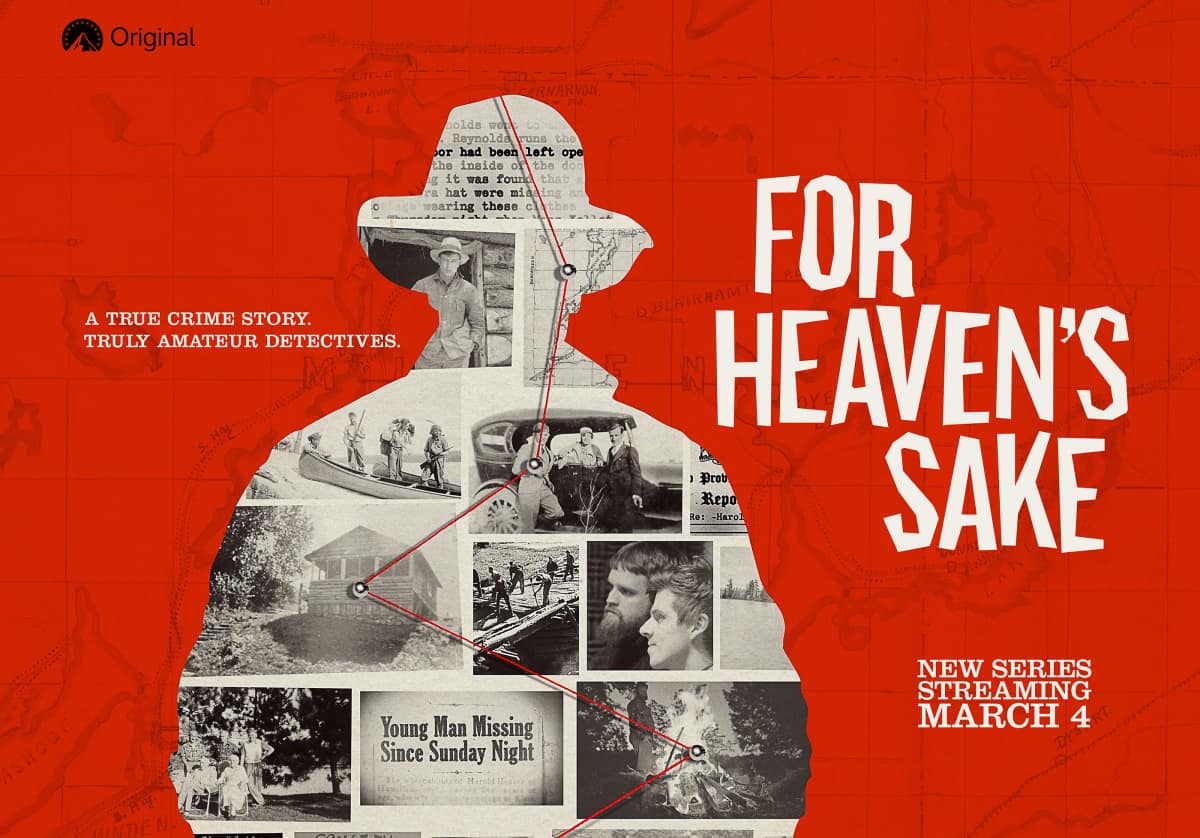 Paramount+, the highly anticipated streaming service from ViacomCBS, today announced that the original true crime documentary series FOR HEAVEN’S SAKE will premiere on Thursday, March 4, the same day the rebranded service launches. The official trailer and key art of FOR HEAVEN’S SAKE was also released. All eight episodes will be available to binge, exclusively on Paramount+.

Created by executive producers and stars Mike Mildon and Jackson Rowe (“Trophy Husbands”), FOR HEAVEN’S SAKE blends comedy and crime documentary formats for a unique take on uncovering the truth. The series will follow the search for Harold Heaven, who mysteriously disappeared from his remote cabin in Ontario, Canada, in the winter of 1934. Local police searched the nearby woods and dredged the adjacent lake, but Harold was never found nor heard from again. The case was unceremoniously closed as a likely suicide. 85 years later, his great-great-nephew, Mike, attempts to solve this coldest of cold cases, with the help of his extended family and true-crime-obsessed best friend, Jackson.