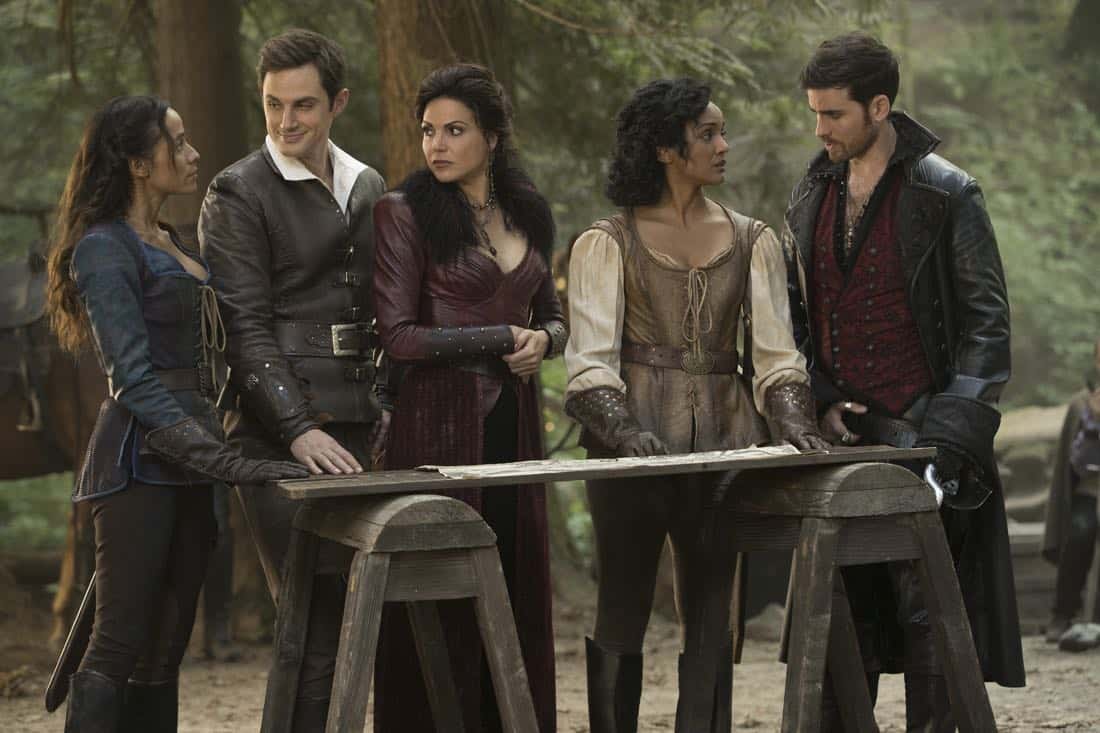 “The Garden of Forking Paths” – When Cinderella finds herself staring danger in the eye, she receives help from an unlikely source. Her rescue leads to an alliance that could aid in the defeat of Lady Tremaine’s rule and reveals a dark secret from Cinderella’s past. In Hyperion Heights, Jacinda goes to extreme measures to stop Victoria Belfrey from destroying Lucy’s beloved community garden, while Lucy tries to convince Henry that Victoria is after more than just a plot of land. Meanwhile, Victoria makes a discovery that could alter everyone’s fate, on “Once Upon a Time,” FRIDAY, OCT. 20 (8:00–9:01 p.m. EDT), on The ABC Television Network.  ONCE UPON A TIME Season 7 Episode 3 Photos The Garden of Forking Paths

Guest starring in this episode are Mekia Cox as Sabine/Tiana, Adelaide Kane as Drizella/Ivy and Emma Booth as The Witch.

“The Garden of Forking Paths” was written by David H Goodman & Brigitte Hales and directed by Ron Underwood.