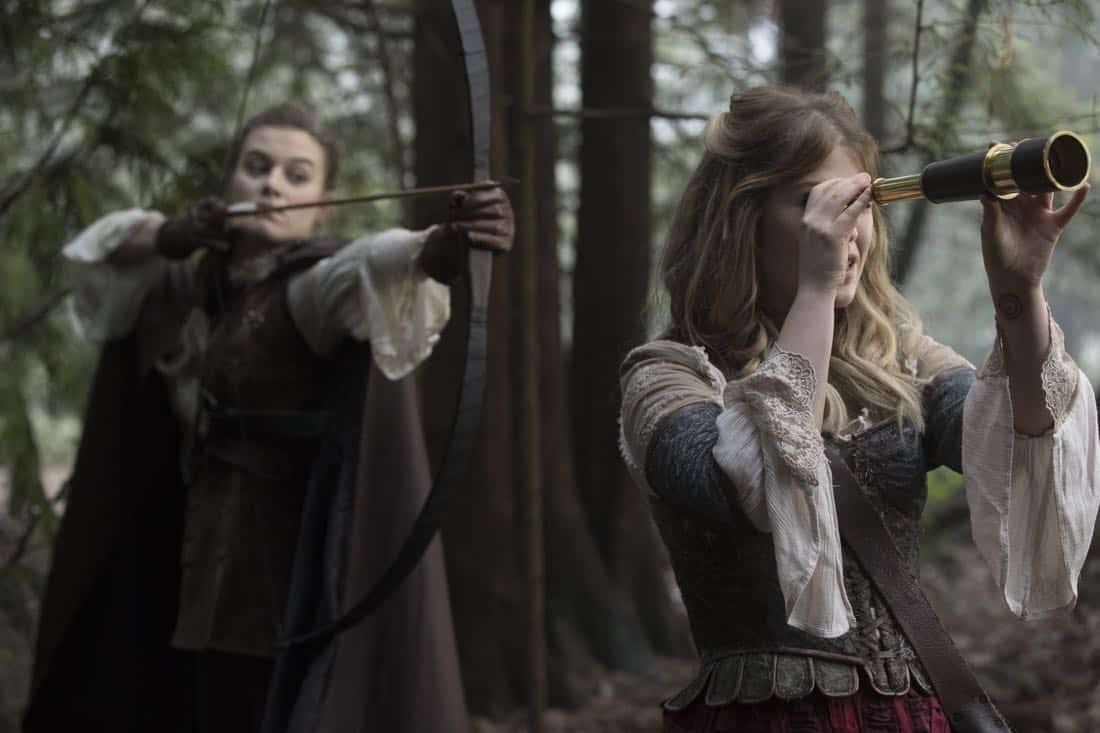 “The Girl in the Tower” – Rogers works to prove Tilly’s innocence in the case of the Blind Baker’s death, while Ivy attempts to make amends with Anastasia, and Samdi makes a revealing confession to Roni. Meanwhile, in a faraway realm, Alice forms an unbreakable bond, on “Once Upon a Time,” FRIDAY, MARCH 23 (8:00–9:01 p.m. EDT), on The ABC Television Network, streaming and on demand. ONCE UPON A TIME Season 7 Episode 14 Photos The Girl In The Tower.

Guest starring in this episode are Rebecca Mader as Zelena/Kelly, Rose Reynolds as Alice/Tilly, Adelaide Kane as Drizella/Ivy, Emma Booth as The Witch/Gothel/Eloise Gardener, Daniel Francis as Dr. Facilier/Mr. Samdi, Yael Yurman as Anastasia and Tiera Skovbye as Robin/Margot.

“The Girl in the Tower” was written by Dana Horgan & Leah Fong, and directed by Antonio Negret.

Once Upon a Time is broadcast in 720 Progressive (720P), ABC’s selected HDTV format, with 5.1-channel surround sound. This program carries a TV-PG, LV parental guideline.