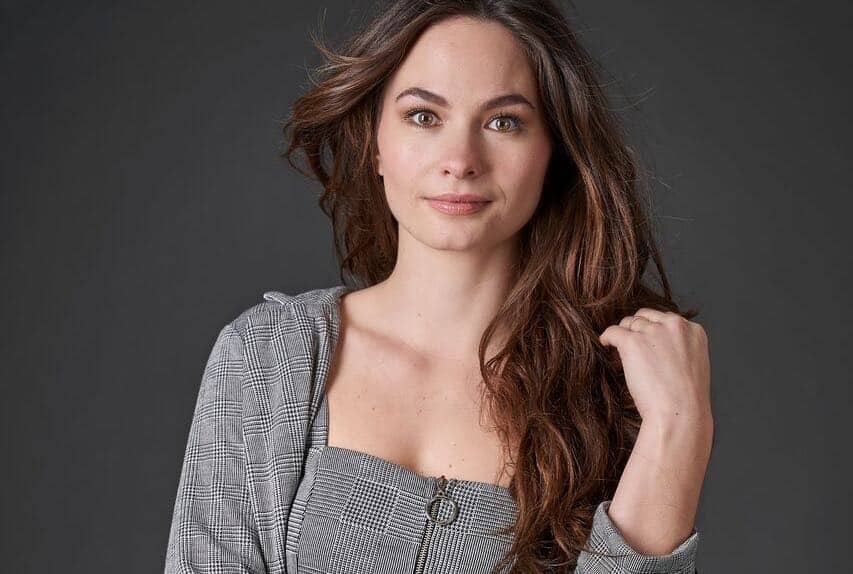 Jumping at the chance to portray a piece of iconic history, Laura Bellini costars in the new FX series TRUST, which delves into the salacious side of the Getty family, when one of the grandchildren sets in motion a kidnapping that quickly goes awry. To give a bit more perspective on one of the women who falls into the moral abyss along with the Gettys, in an exclusive interview, Laura shares how her character fits into the Getty world and reflects a bit about her journey into the world of acting.

What was the initial appeal for you about portraying Martine and working on FX’s TRUST?
LAURA: I felt completely challenged and excited about Martine’s rebellious character. The narrative fascinated me and I was keen to tell a new side of this culturally relevant true story. And of course, as soon as I heard the name Danny Boyle, I was so driven to get this part.

How would you describe who Martine is?
LAURA: Martine is Paul’s love interest. She and her identical twin sister Jutta are originally from Germany and live a very bohemian and revolutionary lifestyle with Paul in Rome. She is someone hungry for life and adventure, very emancipated and fights for a better life. She enjoys Paul’s company and the advantages that come with the Getty name. She plays a big role in Paul’s decision to kidnap himself.

What do you most admire about her?
LAURA: I immediately fell in love with her rebelliousness and her vision for a better life. She is a woman who followed her dreams and didn’t act according to society rules, she stood up for herself and her dreams.

How would you describe the relationship between Martine and John Paul Getty III?
LAURA: They have a complicated open relationship that was common for that bohemian time period. They still were very much in love although I would say Paul loved her more. For him, she is his big love. Although Martine loved him as well, she was also attracted to the status of the Getty name. But, she knew how hard his family situation was and she knew he needed someone to love him.

What was it like working alongside the talented ensemble on TRUST?
LAURA: It was a true honor to have worked with so many talented actors. It created one of the most memorable experiences for me to see how much passion and hard work everyone put into creating this show. I feel so grateful and privileged to be part of such an amazing ensemble.

What was it like working alongside your sister Sarah on this project?
LAURA: Working alongside my sister was amazing. We give each other so much strength and comfort during filming. It always feels good to know I have my biggest critic and supporter by my side.

What has surprised you about working on TRUST?
LAURA: I was so happy and surprised to learn that we would be filming in Rome, one of my favorite cities in the world! Ever since I was a little girl I wanted to live in Rome for a while.

What are you most proud of about working on TRUST?
LAURA: I feel very proud and grateful to be part of something really meaningful, to be able to tell this relevant true story that will hopefully touch a lot of people. The universal theme of the corruptive power of money is more relevant today than ever before. I am also so proud of the hard work everyone in the cast and crew put into the creation of the show.

Then as an actor, what has been the one thing you have taken away from the experience of working on TRUST?
LAURA: It was a great learning experience to see all of these talented veteran actors at work and they taught me so much about my craft.

What has surprised you most about your career so far?
LAURA: It was a pleasant surprise to me that the show filmed in Italy because that’s where I grew up. I moved from Europe to Los Angeles for acting and it was really cool to go back home to film. My family even got to visit me on set!

At this stage of your career, what do you think you have learned from the roles and projects you have worked on?
LAURA: Every part and project has taught me something and has left a mark on me. But overall, I have learned to have more empathy for human beings and their behaviors.

What is your proudest achievement from your career so far?
LAURA: Without a doubt or any hesitation…TRUST!

Then what are the perks of where you are in your career right now?
LAURA: I love the traveling perks that come with this profession; that I get to combine my love for acting with getting to know other countries and cultures.

If there were one previous role you would like to revisit, which would it be and why?
LAURA: The most interesting role so far was definitely Martine! I fell in love with her time period and the rebellious and revolutionary costumes.

Do any of your characters and the situations they find themselves in ever leave a lasting impression on you?
LAURA: Of course, all of them will always have a place in my heart but some more than others because of their significance. Some are harder to say goodbye to than others. Leaving the role is always hard for me, but it varies depending on how long I have worked on them and their lives.

Do you find any of you character’s habits manifesting in your own life? Like what?
LAURA: After wrapping projects I sometimes notice I manifest certain habits. I detected how I manifested the openness and freedom of the period in TRUST. I also feel more connected to the modern feminist movement.

Has there been any great advice you have gotten about working as an actor?
LAURA: Waiting is half of the life of an actor. I try to understand to be patient with myself and with things coming my way.

What advice would you offer to other upcoming and aspiring actors?
LAURA: Stand up for what you love and believe in. And learn to live with rejection and don’t take it personal. That is something I still have to learn to deal with.

At a time when women’s voices are rising to be heard and respected around the country and world, what do you recommend your fans do to lend support in that endeavor?
LAURA: Stand up for the empowerment and equality of women and girls everywhere. Get the best education you possibly can, go vote and support inspirational female filmmakers and female driven films. It is very important to support each other.

Do you have any other upcoming projects that you can share that fans should keep an eye out for?
LAURA: Unfortunately, I am not able to discuss future projects at this time, but be sure to stay tuned!

To see how the crazy world of the Gettys sweeps up Laura’s character Martine into a maelstrom of events, be sure to tune in for the premiere of TRUST on Sunday, March 25th at 10:00 p.m. on FX and to find out more about the show through its first season, you can follow it on Twitter @TrustFX.