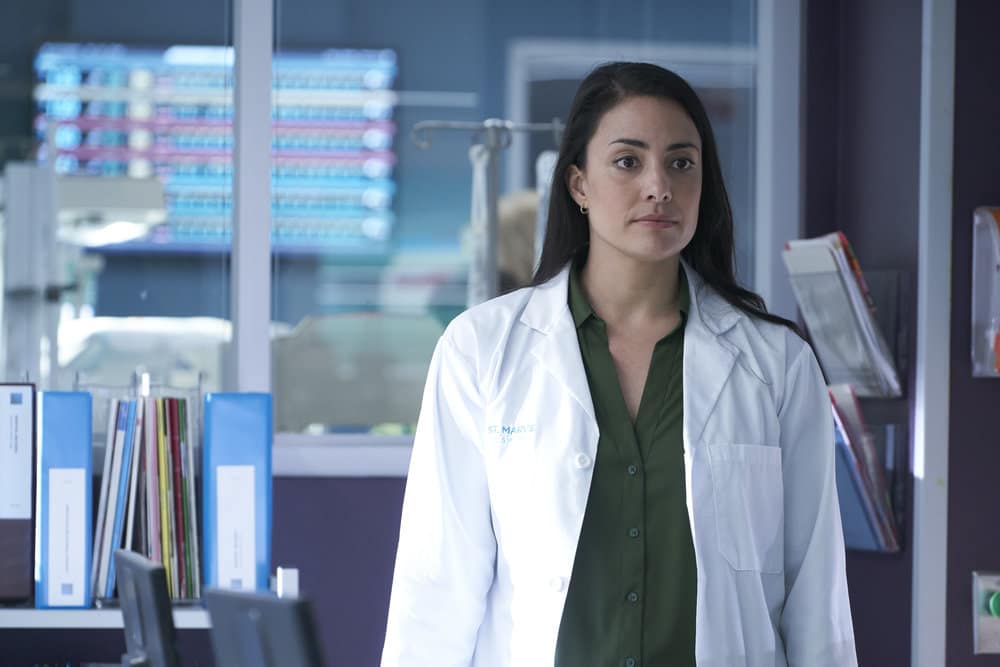 NURSES Season 1 Episode 8 Photos Achilles Heel – Ashley receives an ultra-religious patient who is willing to put himself at peril to appease God, forcing Ashley to reconsider her own religious past; Naz supports a pregnant patient through the hardest decision of her life.