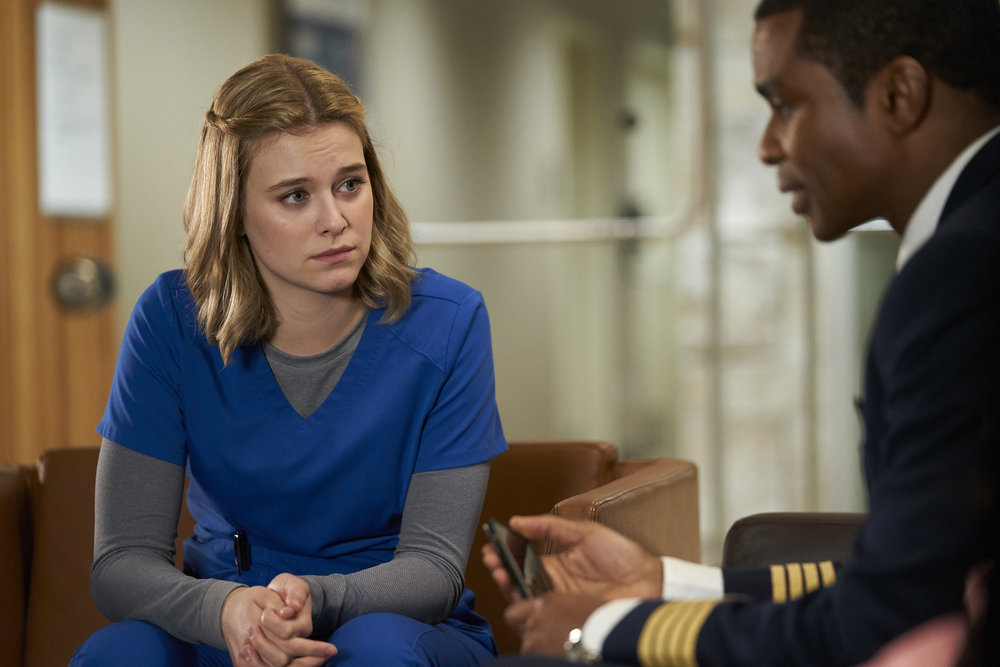 NURSES Season 1 Episode 6 Photos Risky Behaviour – Naz realizes her patient has a more serious condition. She then forms a special bond with the patient’s cousin. An over-exhausted and under-slept Wolf struggles on the job and gets into conflict with Damien.