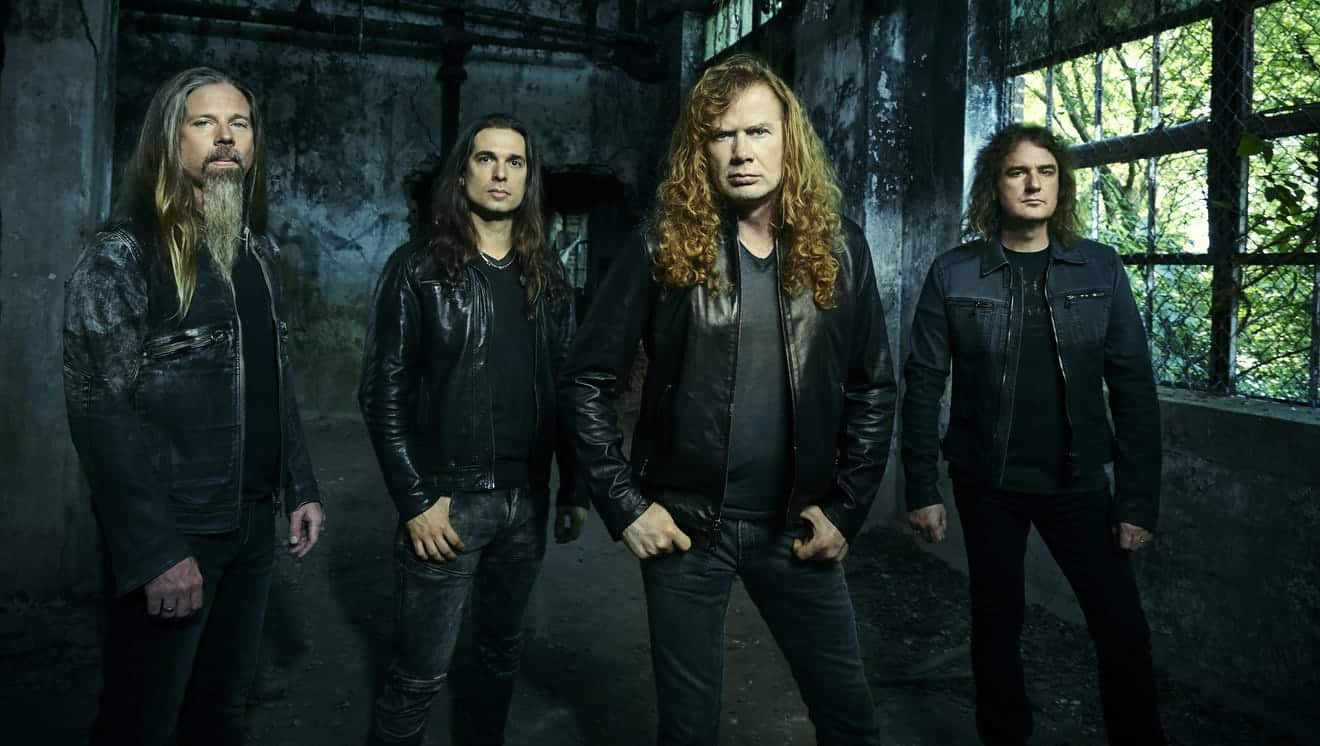 It’s been a wild, wild year for heavy metal legends Megadeth. At the start of the year, they were planning to release a new album, play a number of anniversary gigs, and embark on a sold-out cruise across the oceans headlining a special festival lineup of all of metal’s great and good. All of that came crashing down in April, when songwriter, guitarist, and lead vocalist Dave Mustaine was diagnosed with throat cancer. A true icon of the rock world can never be held down for long, though, and Mustaine is already in remission – and planning for big things.

The cancer seemed to be more of an annoyance than a life-changing event for Mustaine. He battled it off in a matter of months, but his treatment meant that the band was unable to perform at the ‘MegaCruise’ event that they’d organized, although the event went ahead without them. The cruise was described as ‘inaugural’ and proved to be a huge success, so it may be the case that Dave and his band try to do it again in 2020. If they do, it will make for a heavy schedule during the next twelve months because the band may have a new album ready to drop just days from now.

The planned album was known to be in the pipeline in January this year, and it seems that Mustaine carried on writing songs even when he was too ill to sing them. Speaking to rock magazine Kerrang earlier this week, he confirmed that Megadeth intends to release their new album before they head out on tour with Bad Wolves and Five Finger Death punch in Europe. That doesn’t give them long to drop the new material, because that tour begins on January 20th in Helsinki, Finland. According to the information that Mustaine shared with the magazine, at least nine of the songs that are scheduled to go on the album are already written, and may even already be recorded.

Megadeth is known for their sometimes-cerebral subject matter and epic song titles, and it doesn’t look like they’ll be disappointing us on either front this time around. One of the songs is called ‘The Dogs of Chernobyl.’ Most readers will already be aware of the nuclear disaster that happened in Russia during the 1980s, and those that didn’t know in the past might have found out about it through the fantastic TV drama based on the true-life events which aired during the summer. For a brief period, it was ranked as the highest-rated television show of all time on IMDB. It could be the case that Mustaine was watching the show during his treatment and recovery, and it made a lasting impression on him just as it did on the millions of other people who saw it.

Other song titles disclosed up to this point include ‘Rattlehead: Part Two’ and ‘Faster Than Anything Else,’ but the snippet of information which may excite long-term fans the most might be that Mustaine has been working on a ballad with David Ellefson which will apparently make direct reference to the bad blood that has existed in the past between the two musicians. According to Dave, Ellefson has finally realized that many of the lyrics Mustaine writes are about Ellefson, and so Ellefson has told him to be direct about him and tell him how he really feels. The song, which is not quite yet finished, is said to bear similarities to the classic KISS song ‘Beth.’

One of the reasons that Megadeth has been able to survive and stay relevant for so long is that they’re able to adapt and find an audience through new mediums. Had they been able to perform on the cruise, it would have been an unconventional place to find an iconic metal band, but keen online slots players may already have experienced the feeling of finding the bands somewhere unexpected within the past year. There’s now an official Megadeth slot game on website like RoseSlots.com, which offers gamblers the chance to win money while listening to selected tracks from the band’s lengthy back catalog. They join fellow rock icons like KISS and Alice Cooper in having online slots dedicated in their honor, and so perhaps it can now be said that a band has never truly made it until they’ve crossed over into the casinos.

Any fans who have designs on seeing Megadeth are advised to act quickly and make sure they don’t miss out on tickets for what promises to be one of the greatest live tours of 2020. Five Finger Death Punch is nominally the headline act of the tour, but it’s likely that the crowd will be at least fifty percent made up of Megadeth fans at every arena it stops in. As mentioned earlier, the tour begins in Helsinki on January 20th before progressing through Scandinavia, taking in Stockholm, Oslo, and Copenhagen before ending the month with a stadium show at the famous Wembley Arena in London, England. From there, they’ll head into Germany and then Poland throughout February, with further stops in Italy, Switzerland, Austria, and Hungary, where the tour will close on February 20th in Budapest. 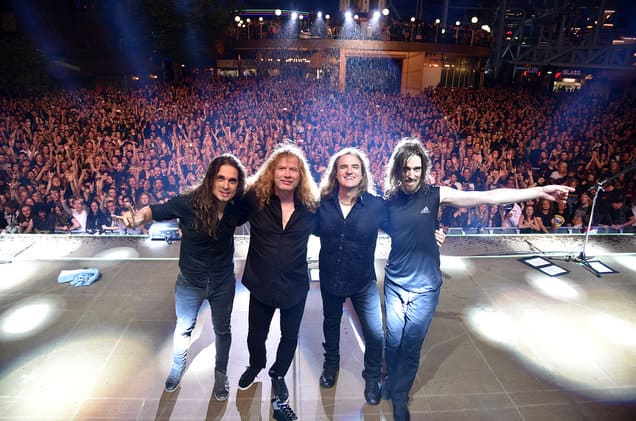 Next year will be Megadeth’s 37th as a band. They started in Los Angeles, California, in 1983, and their next album will be their sixteenth. Although all the bands around them seem to be slowing down and stopping, with fellow 1980s legends KISS currently in the middle of what they claim will be their final tour ever, Megadeth is still as busy as ever. When most bands reach their age, they stop releasing new music and concentrate on pleasing the fans by touring the classic hits, but Mustaine and his gang clearly feel that they still have plenty in the tank and something new to offer. If he feels that his battle with cancer has given him a new perspective on life, we’ll probably hear all about it on the new album. Heavy metal might not be for everybody, but it still has a massive audience all over the planet. Whenever that album drops – and as we said, it could be any day now – it’s sure to be a big hit.