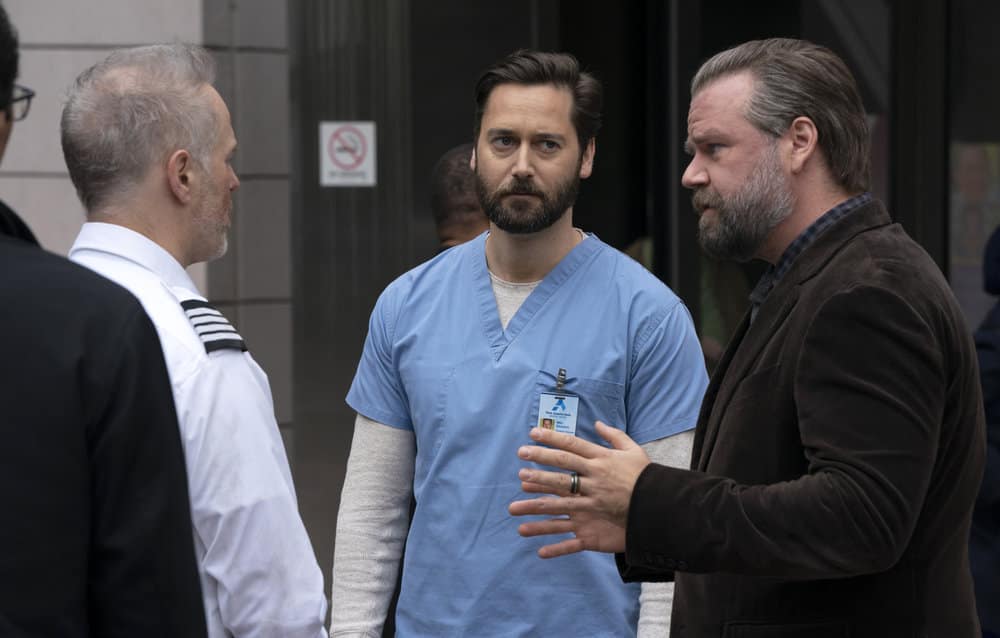 NEW AMSTERDAM Season 3 Episode 1 Photos The New Normal – New Amsterdam is still reeling from the pandemic as a plane crash lands in the East River. When investigators come to interrogate the flight crew, Iggy fights against the clock to help the pilot uncover the truth. Max tracks down scarce medication after one of his own contracts COVID. s03e01 3×01 3.01