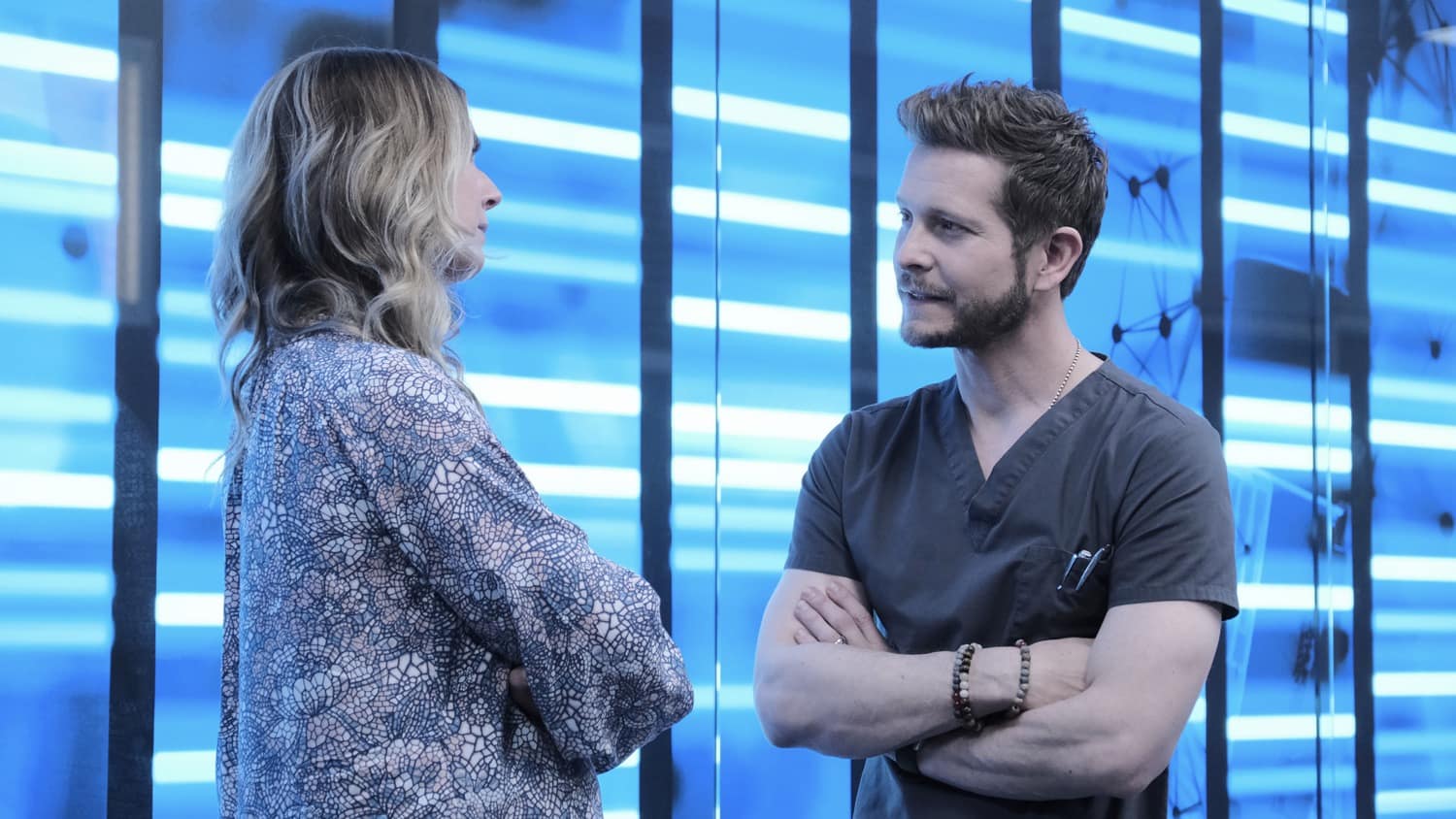 THE RESIDENT Season 4 Episode 7 Photos Hero Moments – When Conrad gets a call from his former army commander who is stranded and wounded in the forest, the trip to save him brings lots of old emotions to the surface. Devon and Kit treat a patient who suffers from sickle cell anemia and encourage her to have a hip replacement to help treat her pain. Meanwhile, The Raptor is pulled away in the middle of an intense surgery, Mina is left to put her skills and finish the surgery on her own and Bell works on reconnecting with his stepson (guest star Conrad Ricamora) after helping him get hired at the hospital in the all-new “Hero Moments” episode of THE RESIDENT airing Tuesday, March 2 (8:00-9:01 PM ET/PT) on FOX. (RES-407) (TV-14 D, L, V) Conrad Ricamora (“How to Get Away with Murder”) Guest-Stars s04e07 4×07 4.07