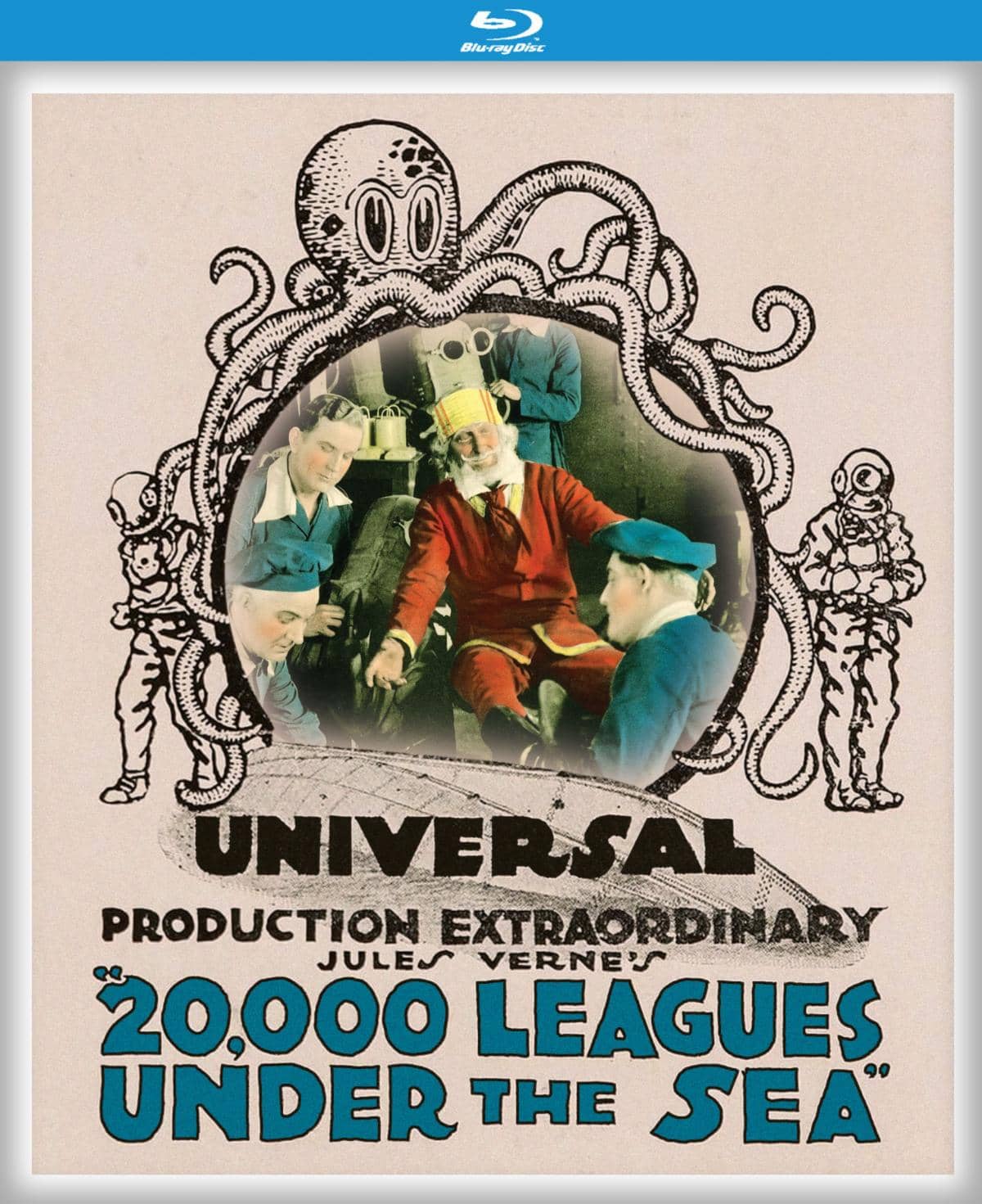 Kino Classics proudly announces the Blu-ray and DVD release of the landmark 1916 silent version of Jules Verne’s classic novel, 20,000 Leagues Under the Sea, in a stunning new 4K restoration conducted by Universal Pictures, with restoration from the 35mm nitrate print provided by UCLA Film & Television Archive and restoration services provided by NBCUniversal StudioPost.

Directed by Stuart Paton and produced by Universal Pictures, 20,000 Leagues Under the Sea was a groundbreaking production for its time, gaining much acclaim for its pioneering use of the underwater photography process developed by Ernest and George Williamson, making it one of the big-budget special effects epics of its day and a screen classic that has endured over the last century since it was first released.

20,000 Leagues Under the Sea will become available on Blu-ray and DVD July 28, with a SRP of $29.95 for the Blu-ray and $19.95 for the DVD. This Kino Classics edition includes a musical score by Orlando Perez Rosso, and features an insightful audio commentary by noted silent film historian Anthony Slide.

Synopsis:
Stuart Paton’s 20,000 Leagues Under the Sea (1916) is an epic retelling of Jules Verne’s classic novel, shot on location in the Bahaman Islands. Allen Holubar stars as the domineering Captain Nemo, who rescues the passengers of an American naval vessel after ramming them with his ironclad, steampunk submarine, The Nautilus. Incorporating material from Verne’s The Mysterious Island, the film also follows the adventures of a group of Civil War soldiers whose hot-air balloon crash-lands on an exotic island, where they encounter the untamed “Child of Nature” (Jane Gail).

Calling itself “The First Submarine Photoplay Ever Filmed,” the film is highlighted by stunning underwater photography (engineered by Ernest and George Williamson), including an underwater funeral and a diver’s battle with a giant cephalopod. In honor of the film’s extraordinary technical and artistic achievement, 20,000 Leagues Under the Sea was added to the National Film Registry by the Library of Congress.