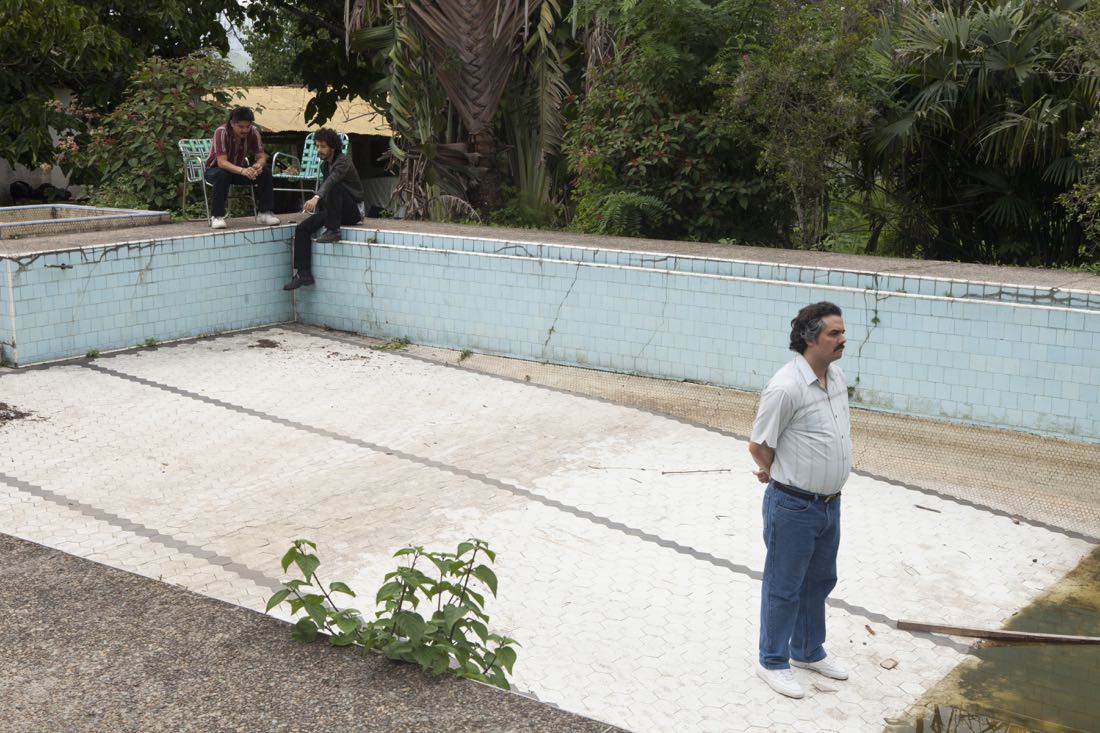 Pluto TV, the leading free streaming television service, in partnership with Gaumont, today announced that the award-winning Netflix Original series Narcos will begin streaming on Pluto TV premiering on October 20th, 2020. This marks the first time the entire Narcos series, seasons 1-5, will be available to stream, for free, in the U.S.

Narcos will be streamed across four different Pluto TV owned & operated linear channels, with multiple air times and different languages to appeal to and accommodate a wide variety of viewing audiences and preferences. Presenting in both English and Spanish, Narcos will be programmed across Pluto TV’s Crime Drama and Narco Novelas channels and its own branded single-series, marathon-style channels – Narcos and Narcos en Español. Spanish-speaking versions of Narcos will stream with English subtitles, and respectively, English-speaking versions of Narcos will stream with Spanish subtitles catering to multi-lingual audiences.

“As the adoption of ad-supported streaming continues to accelerate, we are excited to build on that momentum and align with esteemed creators and producers in search of new ways to introduce audiences to their coveted collection of award-winning content,” states Amy Kuessner, SVP Content Strategy and Global Partnerships at Pluto TV. “Working in partnership with Gaumont, a longtime pioneer in the world of streaming, to bring the acclaimed Netflix Original series Narcos to Pluto TV is further testament to the evolving free streaming landscape that is rapidly gaining foothold for prestige partners, game-changing content and audiences alike.”

T-Mobile joins Pluto TV as the presenting sponsor for Narcos, kicking off the series on October 20th, beginning at 10pm ET, offering limited commercial interruptions for the first two episodes.

Season One of Narcos will stream weeknights at 10pm ET, with catch-up episodes the following day beginning at 8pm ET. Bonus weekend marathons will be offered following the series premiere. Pluto TV will debut a new season each month through February 2021. Additional details to follow.

Narcos (season 1-3) gives viewers an inside look at the men who would stop at nothing to take down the notorious cocaine trafficker, Pablo Escobar. From the Colombian government to the DEA agents and the policemen who would risk their lives, to the US officials who would spin the story, Narcos takes an unfiltered look into the war that would change the drug trade forever.

Narcos: Mexico (season 4-5) explores the origin of the modern war on drugs, beginning at the time when Mexican traffickers were a loose and disorganized confederation of small-time independent dealers. As the series progresses, we’re introduced to DEA Agent Walt Breslin, the man in charge of Operation Leyenda: the DEA’s second attempt to take down the biggest Narcos of Mexico.

Pluto TV offers hundreds of channels and thousands of movies and television series on-demand to a domestic audience of over 26.6 million users. With over 100,000 hours of premium content available on the platform, Pluto TV is available across all major mobile, connected TV and web-based devices and has a global footprint spanning three continents across 22 countries.

Pluto TV, a ViacomCBS Company, is the leading free streaming television service, delivering hundreds of live and original channels and thousands of on-demand movies in partnership with major TV networks, movie studios, publishers, and digital media companies. Named by Fast Company as one of 2020’s Most Innovative Companies, Pluto TV has a global audience of over 33 million monthly active users, with 26.5 million in the U.S. Pluto TV has an international footprint that spans across three continents and 22 countries throughout the US, Europe and Latin America. Pluto TV is available on all mobile, web and connected TV streaming devices where millions tune in each month to watch premium news, TV shows, movies, sports, lifestyle, and trending digital series. Headquartered in Los Angeles, Pluto TV has offices across the United States, Europe and Latin America.

Formed in France in 1895, Gaumont is the first film company in the world, celebrating 125 years of history and innovation. With offices in Paris, Los Angeles, London, and Berlin, Gaumont remains an industry leader, producing and distributing high-quality TV programming and films.

For Netflix, the flagship series Narcos in its 5th season, F is for Family in its 5th season, High in the Clouds, the animated feature developed together with Paul McCartney, Samurai Rabbit: The Usagi Chronicles based on the comic books by Stan Sakai, Barbarians, the period epic drama set in Germany and Arsène Lupin, directed by Louis Leterrier and starring Omar Sy in France.

For Amazon Prime Video US, Do Re & Mi with Kristen Bell, El Presidente co-created by Armando Bo and Pablo Larraín in Latin America and the action thriller Operations Totems in France.

For Apple TV+ based on the Zen Shorts book series of Jon. J. Muth, Stillwater.

Gaumont co-produces and distributes around ten films a year in theaters. The film library encompasses over 1400 titles from prestigious directors such as Louis Malle, Jean-Luc Godard, and more recently, Toledano and Nakache for The Intouchables, the highest-grossing French-language movie to date with over $450 million in revenue to date.