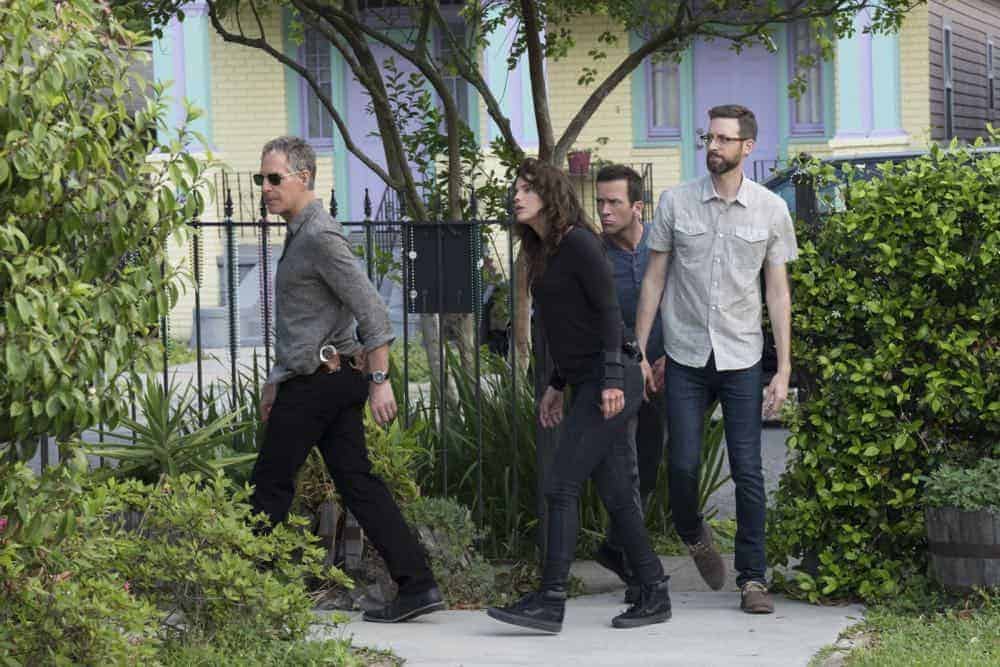 “The Assassination of Dwayne Pride” – When journalist Oliver Crane (Mark Gessner) posts a scathing article documenting Pride’s “reckless use of justice,” the team is concerned about the fallout from the piece and the confidential information included in the story. Also, Rita Devereaux (Chelsea Field) warns Pride that someone in D.C. has coordinated this attack on him, and the article is just the beginning, on NCIS: NEW ORLEANS, Tuesday, May 8 (10:00-11:00 PM, ET/PT) on the CBS Television Network. NCIS NEW ORLEANS Season 4 Episode 22 Photos The Assassination Of Dwayne Pride.