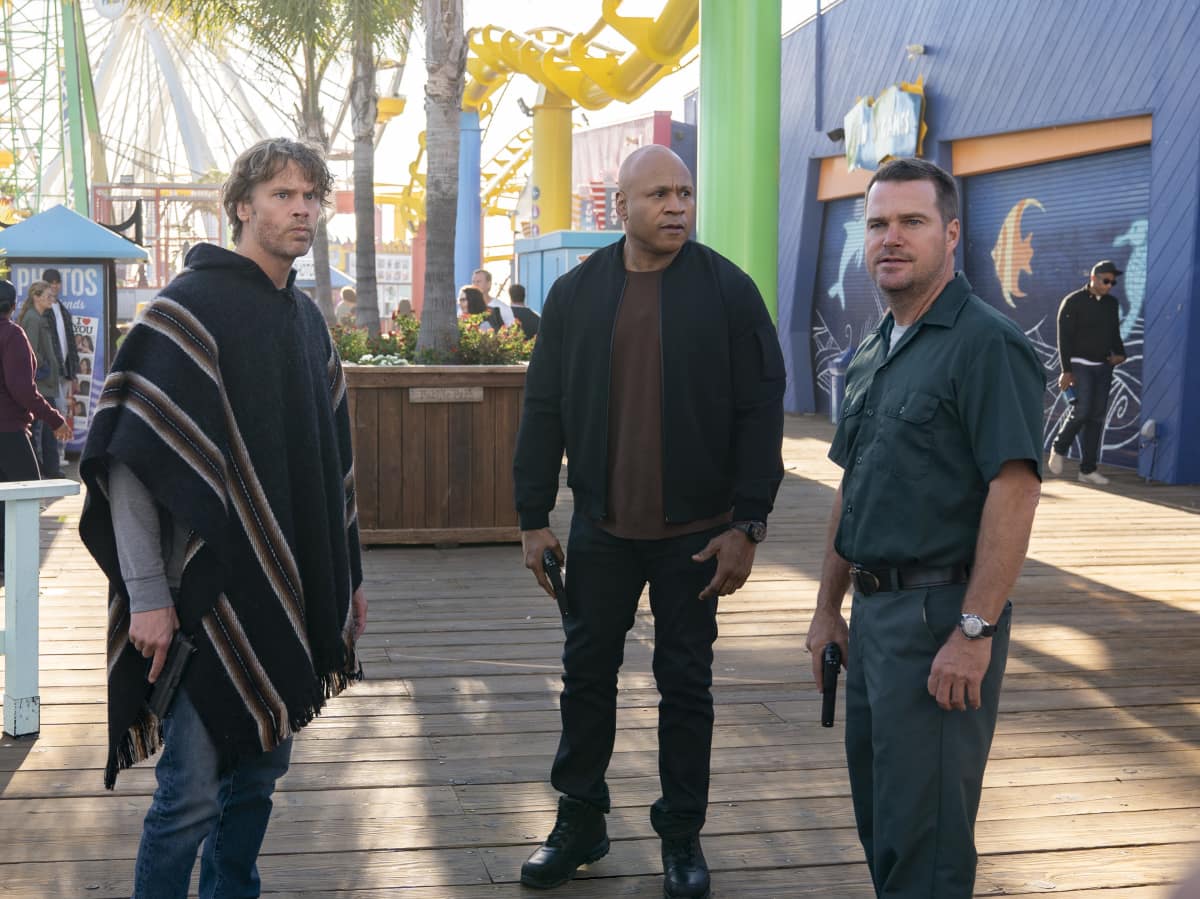 NCIS LOS ANGELES Season 12 Episode 11 Russia, Russia, Russia  – When Callen goes to the National Counterterrorism Center on the pretext of interrogating a Russian asset from the crashed plane case he investigated months earlier, the tables are turned and he is detained, accused of being a Russian agent, on NCIS: LOS ANGELES, Sunday, Feb. 21 (9:00-10:00 PM, ET/PT) on the CBS Television Network. Episode is directed by series star Daniela Ruah. Gerald McRaney returns as Admiral Kilbride. s12e11 12×11 12.11

NCIS: LOS ANGELES is a drama about the high-stakes world of a division of NCIS that is charged with apprehending dangerous and elusive criminals, who pose a threat to the nation’s security. By assuming false identities and utilizing the most advanced technology, this team of highly trained agents goes deep undercover, putting their lives on the line in the field to bring down their targets. Special Agent “G” Callen is a chameleon who transforms himself into whomever he needs to be to infiltrate the criminal underworld. His partner is Special Agent Sam Hanna, a former U.S. Navy SEAL who has seen action in both Afghanistan and Iraq.

The team includes the all-knowing Henrietta “Hetty” Lange, who handles the politics of the job and is tasked with providing everything from micro-surveillance cameras to cars for the team; Special Agent Kensi Blye, the exceptionally bright daughter of a slain Marine who lives for the adrenaline rush that comes with undercover work; Marty Deeks, a seasoned LAPD undercover detective who was recruited to the team by Hetty; tech operator Eric Beale, who has mastered every gadget and computer in the Ops Center; intelligence analyst Nell Jones, who won the team’s respect with her spot-on assessments and her shrewd insights; and Fatima Namazi, a Middle East specialist and a razor-sharp cryptologist. Armed with the latest in high-tech gear and sent regularly into life-threatening situations, this tight-knit unit relies on each other to do what is necessary to protect national interests.