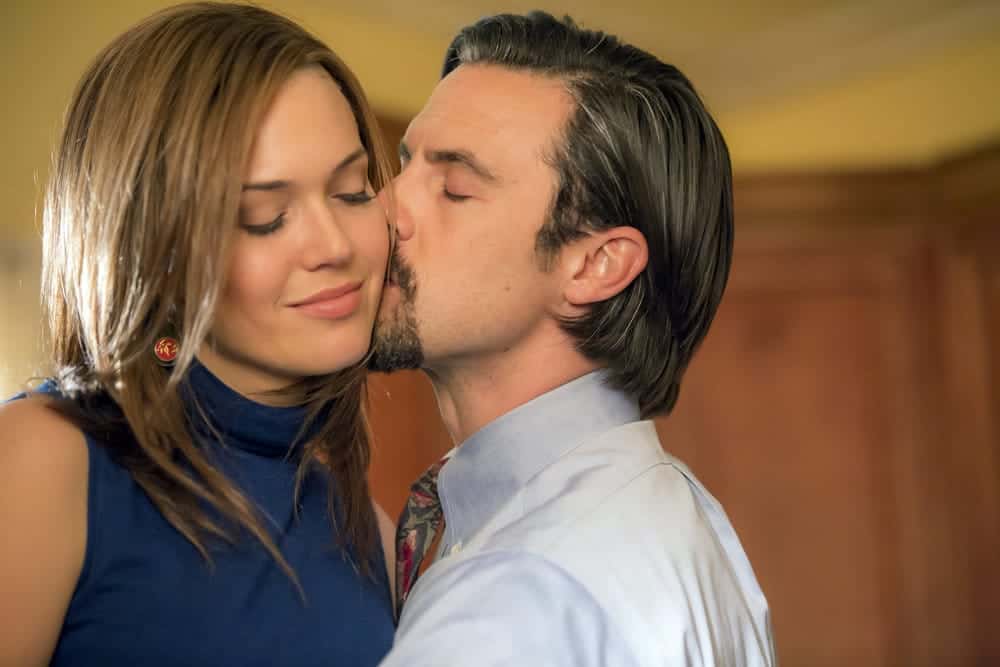 On the heels of a victorious 2016-17 season, NBC has announced a new season lineup that builds upon its remarkable stability while adding a rich variety of new series. The new schedule, which will add five first-year dramas and three new comedies over the course of the 2017-18 season, is anchored by a new powerhouse Thursday lineup that includes the return of one of the most successful comedies in TV history, “Will & Grace,” the highly anticipated second season of the cultural phenomenon “This Is Us” and Dick Wolf’s explosive new true crime event series “Law & Order True Crime: The Menendez Murders.”

NBC is poised to win the traditional September-to-May season in adults 18-49, adults 25-54 and most other key demographics. This is the third time in four years that NBC has won the coveted 18-49 demo and the first time in five years any network has finished #1 even without a boost from the Super Bowl or an in-season Olympics. NBC is also well positioned to win the full 52-week September-to-September season in 18-49 for a fourth year in a row.

NBC currently leads the season in averages that include all programs, as well as rankings that include entertainment programs only (no sports).

NBC’s lineup during the successful 2016-17 season has included primetime’s #1 and #2 broadcast series in 18-49, Sunday and Thursday NFL football; television’s #1 first-year series and #1 broadcast drama, “This Is Us”; regular Monday and Tuesday wins keyed by “The Voice”; time-period improvements from four series that aired in new timeslots this season; and timeslot wins in 18-49 or total viewers for each of the “Chicago” dramas.

“Coming off another stabilizing year, which included the launch of one of the great new dramas in a decade, our upcoming fall schedule is both limited in the number of new series and aggressive in rebooting Thursday night,” said Robert Greenblatt, Chairman, NBC Entertainment. “To create another undeniable night of television, we’re aligning some of our most potent shows on Thursday in order to bring back ‘Must See TV.’ We are also strategically deploying strong new shows in choice time periods on other nights and nurturing our growing comedy lineup.

“To do all that you have to have the goods, and our development teams headed by Presidents Jennifer Salke and Paul Telegdy once again delivered new scripted and unscripted shows that are among the best on television. From fall to midseason to summer, we will be programming robustly so as to achieve a record amount of original programming all year long. And when you add the Super Bowl, the Winter Olympics, and the balance of our unprecedented sports franchises, we expect to remain the leading broadcast network by virtually every measure.”

Drama highlights of the newly announced fall schedule are “The Brave,” where a Washington, D.C., team of highly trained analysts and Special Ops forces work together to execute missions in some of the most dangerous places in the world; and uberproducer Dick Wolf’s “Law & Order True Crime: The Menendez Murders,” which stars four-time Emmy Award winner Edie Falco as lead attorney Leslie Abramson, who represented the brothers who killed their wealthy parents in a Beverly Hills mansion.

New dramas that will launch in midseason are “Rise,” from “Parenthood” and “Friday Night Lights” producer Jason Katims, and “Hamilton” producer Jeffrey Seller, starring Josh Radnor (“How I Met Your Mother”), Rosie Perez (Oscar nominee) and Auli’i Cravalho (“Moana”), about a dedicated high school teacher who, when taking over the school’s lackluster theater department, galvanizes not only the faculty and students but the entire working-class town; “Good Girls,” from executive producer Jenna Bans (“Grey’s Anatomy,” “Scandal”), which mixes a little of “Thelma & Louise” with “Breaking Bad,” about three best friends who rob a local supermarket to help make ends meet and realize their perfect getaway is anything but; and “Reverie,” starring Sarah Shahi as a college professor trying to save ordinary people who have lost themselves in a highly advanced virtual-reality program in which you can literally live your dreams.

NBC’s growing comedy lineup this fall is highlighted by the return of the beloved “Will & Grace,” which was previously nominated for 83 Emmy Awards and won 16, including Outstanding Comedy Series. The fearsome foursome — Eric McCormack, Debra Messing, Sean Hayes and Megan Mullally — return in all their glory, as do executive producers Max Mutchnick, David Kohan and legendary director James Burrows. NBC’s two other new comedy series premiering later this season are “A.P. Bio” from executive producers Lorne Michaels and Seth Meyers, which stars Glenn Howerton (“It’s Always Sunny in Philadelphia”) as an Advanced Placement biology teacher who makes it perfectly clear he will not be teaching any biology and uses his students to his own benefit, and “Champions,” from Charlie Grandy (“The Office”) and Mindy Kaling (“The Mindy Project”), about a charismatic gym owner with no ambition who suddenly finds out he has a teenage son.

“We have very promising new series that will join one of our strongest returning lineups to date,” said Jennifer Salke, President, NBC Entertainment. “We’re proud of our roster of distinctive dramas that includes original concepts such as ‘The Blacklist’ or ‘Blindspot,’ not to mention the enduring legacy of Dick Wolf, who will also bring a new true crime series to the network next fall. ‘This Is Us’ has quickly become a defining moment for the NBC brand, and we look forward to launching bold new series such as ‘The Brave,’ ‘Rise,’ ‘Reverie’ and ‘Good Girls.’ Our comedy profile, too, is starting to hit its stride, and we’re thrilled to welcome new comedies with sought-after producers such as Mindy Kaling, Lorne Michaels and Seth Meyers.”

Rounding out NBC’s robust schedule are alternative series that include “The Awesome Show,” from executive producers Chris Hardwick (“The Wall”), Mark Burnett (“The Voice”) and Silicon Valley’s Singularity University, that will showcase the groundbreaking scientific and technological advances that are shaping the future; “Ellen’s Game of Games,” starring the one and only Ellen DeGeneres and featuring super-sized versions of some of the most beloved games from her daytime talk show; “Genius Junior,” hosted by Neil Patrick Harris, celebrates the smartest kids in America with mind-blowing tests of logic, math, memory, spelling and more; and “The Handmade Project,” from executive producers Amy Poehler and Nick Offerman, a lighthearted competition celebrating the creativity and craftiness in all of us.

“With the #1 ratings of ‘The Voice’ plus consistent Sunday leadership of ‘Little Big Shots’ along with television’s top-rated primetime game show ‘The Wall,’ NBC remains #1 in alternative programs for a fourth straight season,” said Paul Telegdy, President, Alternative and Reality Group, NBC Entertainment. “We look forward to finishing out the broadcast year with the perennial #1 summer series ‘America’s Got Talent,’ last summer’s top new broadcast series ‘Better Late Than Never’ and ‘American Ninja Warrior,’ which delivered its most-watched season ever. And the alternative momentum continues next year with a slate of inventive new projects from some of the most desirable names in the industry – Amy Poehler, Nick Offerman, Ellen DeGeneres, Neil Patrick Harris, Chris Hardwick and Mark Burnett.”

“NBC’s primetime schedule once again looks strong and affiliate friendly. We appreciate the consideration given to the late news lead-ins and look forward to another successful season,” said Ralph Oakley, President and CEO of Quincy Media, Inc. and Chairperson of the NBC Affiliates Board.