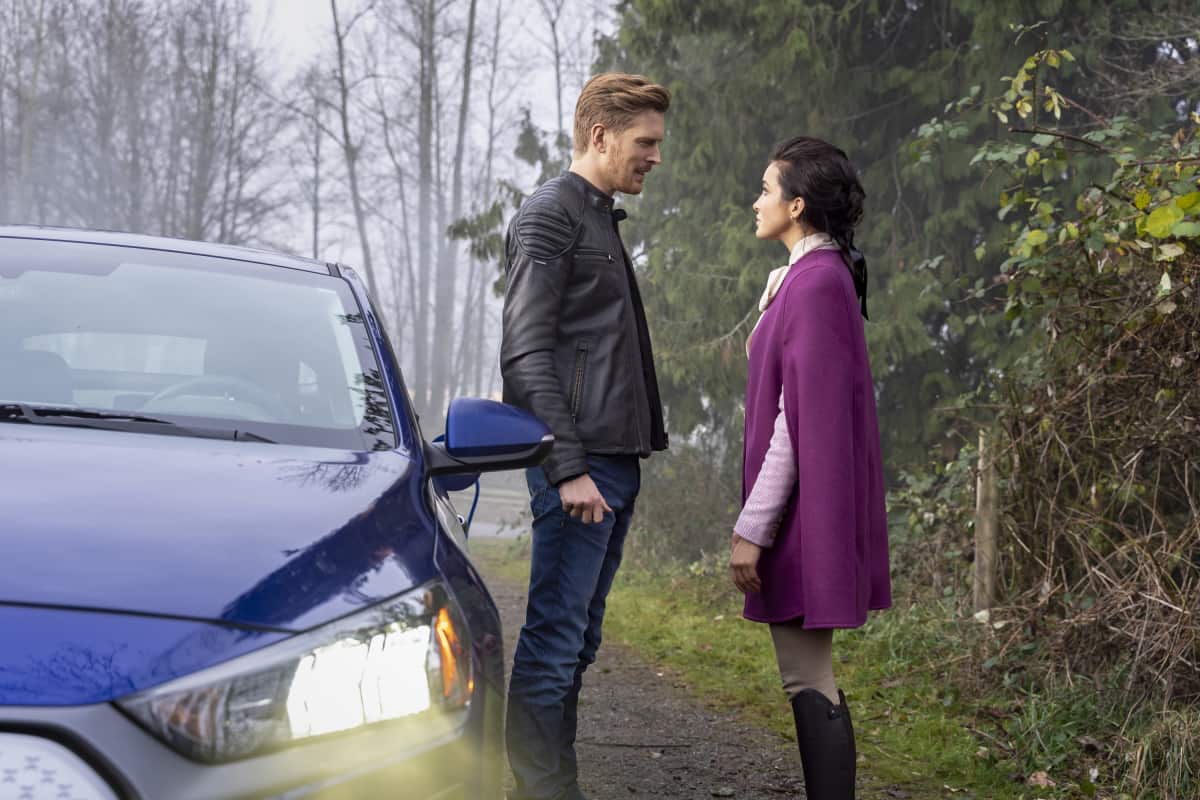 Check out the promo pics from Nancy Drew season 2 episode 8 “The Quest for the Spider Sapphire” OLD GHOSTS – Nancy (Kennedy McMann) and George (Leah Lewis) work together to vanish the ghost who’s been timesharing George’s body since they defeated the Aglaeca. Meanwhile, no one is more surprised than Bess (Maddison Jaizani) when a blast from her past comes knocking. Scott Wolf, Alex Saxon, Tunji Kasim and Riley Smith also star. Roxanne Benjamin directed the episode written by Lisa Bao (#208). Original airdate 3/17/2021. Every episode of NANCY DREW will be available to stream on The CW App and CWTV.com the day after broadcast for free and without a subscription, log-in or authentication required.