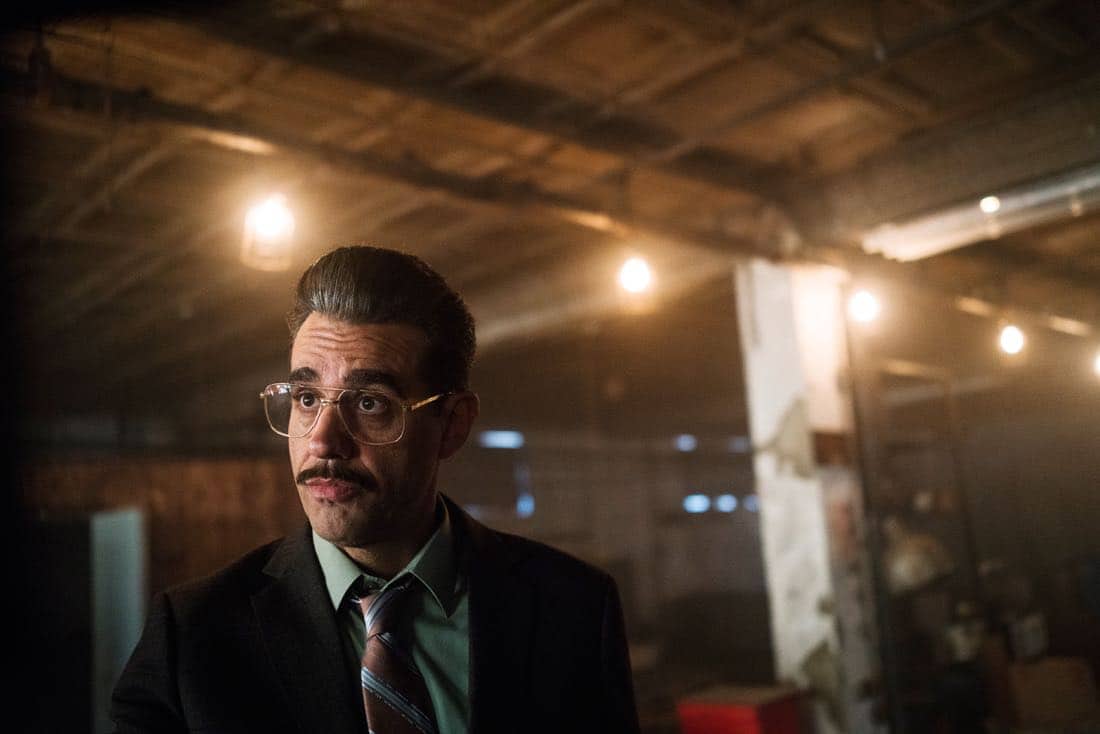 USA Network today announced that critically-acclaimed drama series MR. ROBOT will return for its 10-episode third season on Wednesday, October 11 at 10/9c. The premiere date, along with the first image of Bobby Cannavale’s highly-anticipated character Irving and an exclusive Season 3 trailer, were unmasked through a social media scavenger hunt orchestrated by the network.

At 10am ET/7am PT this morning, the first-look photo of Cannavale’s Irving was released across MR. ROBOT’s social platforms (Twitter, Instagram, Facebook), introducing eager fans to the laconic, no-nonsense used car salesman. Additionally, followers were encouraged to closely watch the show’s Twitter handle in the coming hours for more news surrounding Season 3. The most adept, savvy fans noticed an embedded code in the photo which led to hidden clues of how to decrypt what was about to happen on Twitter.

Over the course of one hour – between 1pm ET/10am PT and 2pm ET/11am PT – the MR. ROBOT Twitter handle (@whoismrrobot) began a tweet storm, revealing clues driving to a private URL where lucky fans were able to watch the yet to be released Season 3 teaser trailer in its entirety and learn the October 11 premiere date.

MR. ROBOT follows Elliot Alderson (Rami Malek), a cyber-security engineer who, along with Mr. Robot (Christian Slater) and fsociety, starts a revolution to change the world. Picking up immediately following the Season 2 cliffhanger, Season 3 will explore each character’s motivations and the disintegration between Elliot and Mr. Robot.