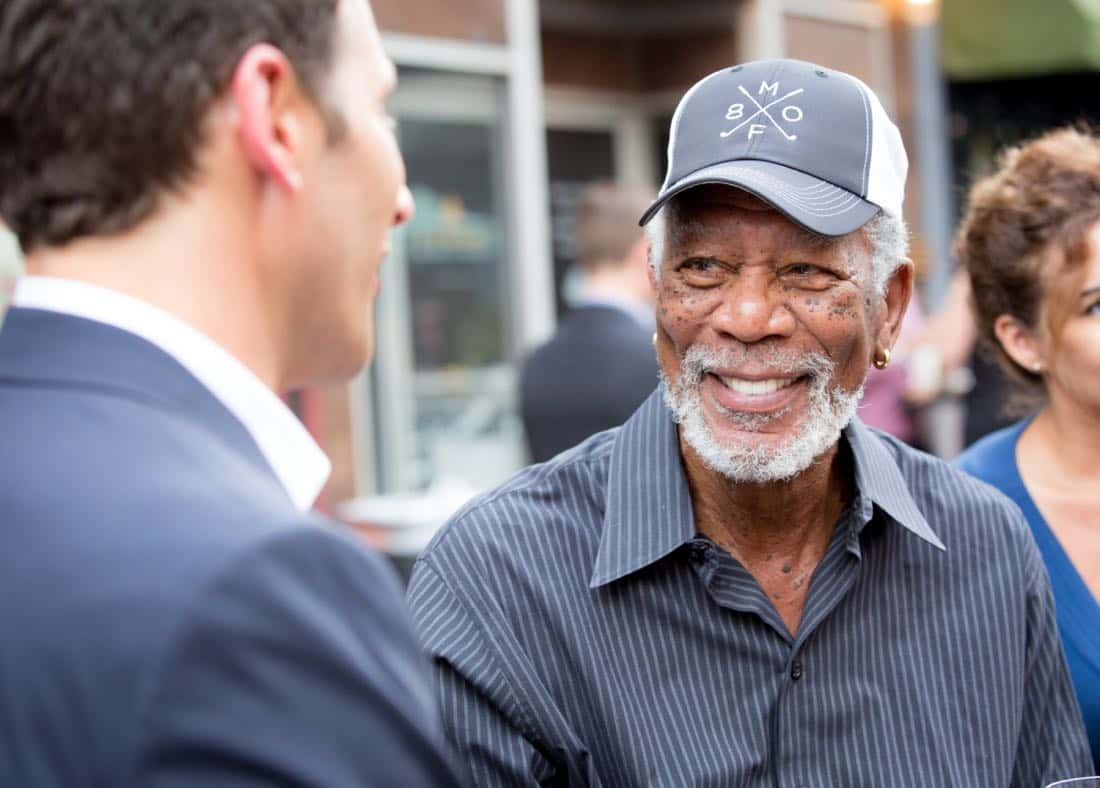 Morgan Freeman – Academy Award(R) winning actor, producer, voice actor and activist – has been named the 54th recipient of SAG-AFTRA’s highest tribute: the SAG Life Achievement Award for career achievement and humanitarian accomplishment. Freeman will be presented the performers union’s top accolade at the 24th Annual Screen Actors Guild Awards(R),which will be simulcast live on TNT and TBS on Sunday, Jan. 21, 2018 at 8 p.m. (ET), 7 p.m. (CT), 6 p.m. (MT) and 5 p.m. (PT). Given annually to an actor who fosters the “finest ideals of the acting profession,” the SAG Life Achievement Award will join Freeman’s exceptional catalog of preeminent industry and public honors, which includes a Screen Actors Guild Award, an Academy Award, HFPA’s Cecil B. DeMille Award(R), an AFI Lifetime Achievement Award, seven Image Awards, a Silver Berlin Bear, several Obies(R), a Kennedy Center Honor, and a star on the Hollywood Walk of Fame.

“I am thrilled to announce Morgan Freeman as this year’s recipient of the SAG Life Achievement Award. Some actors spend their entire careers waiting for the perfect role. Morgan showed us that true perfection is what a performer brings to the part,” said SAG-AFTRA President Gabrielle Carteris. “He is innovative, fearless and completely unbound by expectations. As a chauffeur, convicted murderer, boxing gym attendant, pimp or president, Morgan fully realized every character baring their souls and showcasing their humanity. It has been a privilege to see his genius at work.”

A Life Devoted to His Art and Craft

Freeman first earned recognition for his acting skills at age 12, when he won a statewide drama competition in Mississippi. As a young actor he paid his dues in small roles, pausing only to serve in the U.S. Air Force. Theater beckoned first, then film and television.

As he breathed life into memorable characters, widespread critical acclaim came accompanied by enraptured audiences and commercial success. Freeman invariably ranks as one of the five worldwide top-grossing actors of all time, with his films having earned over $4.5 billion in cumulative ticket sales.

An Indelible Presence in Film

Freeman has earned four Screen Actors Guild Award nominations. He received the SAG Awards Actor(R) for his performance in the Best Picture Oscar(R) winning Million Dollar Baby, a role that also garnered him a Best Supporting Actor Academy Award and an Image Award. Two films starring Freeman are held in the Library of Congress’ National Film Registry: Unforgiven, which received four Oscars, and The Shawshank Redemption, for which Freeman received Best Actor nominations for a SAG Award, Oscar and a Golden Globe.

Among Freeman’s extensive list of credits – now nearing 100 films – another milestone is Invictus. His portrayal of Nelson Mandela received the National Board of Review Award for Best Actor and an Image Award along with nominations for another SAG Award, Oscar and Golden Globe. In addition, the picture was produced by Revelations Entertainment, the company Freeman and Lori McCreary co-founded in 1996 with a mission “to produce films that reveal truth” and to stay in the forefront of digital entertainment.

Other credits in that still-growing list include Street Smart (Freeman’s 1987 breakthrough role), The Dark Knight, The Bucket List, Glory, Lean on Me, Se7en, Amistad, Bruce Almighty, and Along Came a Spider.

Integrity and Inspiration in Television

Freeman first became nationally known and loved in 1971 when he starred in the seminal Children’s Television Workshop (CTW) show The Electric Company, for which he created characters including the iconic Easy Reader. Known as the most popular instructional show on television over its six-year run, the series won an Emmy(R) for Outstanding Children’s Series and a Grammy(R) for its soundtrack album. Freeman’s indelible impact on a generation was reflected when fellow cast member Rita Moreno, a life-long friend he met on the show, asked that he presented her with the 50th SAG Life Achievement Award.

Most recently, Freeman is an executive producer with McCreary on the Revelations Entertainment series Madam Secretary for CBS, which will air its fourth season starting in October. Freeman hosts and is an executive producer for the Revelations Entertainment, three-time Emmy nominated series Through the Wormhole with Morgan Freeman, which recently completed its seventh season for the Science Channel. Also through Revelations, he hosted the Emmy nominated event series The Story of God with Morgan Freeman on the National Geographic Channel, which completed its second season. Through Revelations, he will next host The Story of Us with Morgan Freeman, which premieres October 11 on the National Geographic Channel.

Freeman’s is one of the world’s most recognizable and beloved voices. He most recently narrated The C Word, the latest in a string of prestigious documentaries that includes the IMAX film Island of Lemurs: Madagascar, Science Channel’s Stem Cell Universe with Stephen Hawking, and the informative IMAX feature We the People. Three previous narrations are the Peabody Award winning ESPN 30 For 30 documentary The 16th Man and two Academy Award-winning documentaries, The Long Way Home and The March of the Penguins.

He could also be heard in the presidential campaigns for Barack Obama and Hillary Clinton. In a lighter vein, Freeman was the overwhelming choice when Facebook CEO Mark Zuckerberg asked the millions of Facebook users what voice Zuckerman’s smart home system should have.

Authenticity and Insight on Stage

After earlier roles in the off-Broadway stage productions of The Niggerlovers and the transformational all African-American production of Hello Dolly, Freeman’s 1978 role as Zeke in The Mighty Gents earned him a Drama Desk Award and a Tony Award(R) nomination. His arresting, moving performances went on to earn three Obie Awards even before he portrayed Hoke Colburn in Alfred Uhry’s Pulitzer Prize-winning Driving Miss Daisy, a role for which Freeman received an Oscar nomination when he reprised it for the Best Picture Oscar winning film of the same name. Freeman most recently trod the boards in the triumphant revival of Clifford Odets’ The Country Girl, directed by Mike Nichols.

Helping to Shape the Future

In 1973 Freeman co-founded the Frank Silvera Writers’ Workshop, now in its 37th season, which supports and nurtures promising African-American playwrights to ensure those voices can be heard. He additionally supports Artists for a New South Africa and the Campaign for Female Education, organizations working to create hope and better lives for countless people.

Freeman provides a boost for another group of artists on an immediately practical level. He co-owns the Ground Zero Blues Club(R), which celebrates and features performances by authentic blues musicians. It’s next-door to the Delta Blues Museum in Clarksdale, Mississippi, in the heart of the area’s rich blues heritage that Freeman loves.

In his spare time, Freeman enjoys the freedom of both sea and sky – he is a long-time sailor and has earned a private pilot’s license.

About the Life Achievement Award

Nominated and voted on by members of the SAG-AFTRA National Honors and Tributes Committee, the Life Achievement Award is bestowed for outstanding achievement in fostering the best ideals of the acting profession. The recipient of this award is a well- established performer who has contributed to improving the image of the acting profession and has a history of active involvement in humanitarian and public service endeavors.