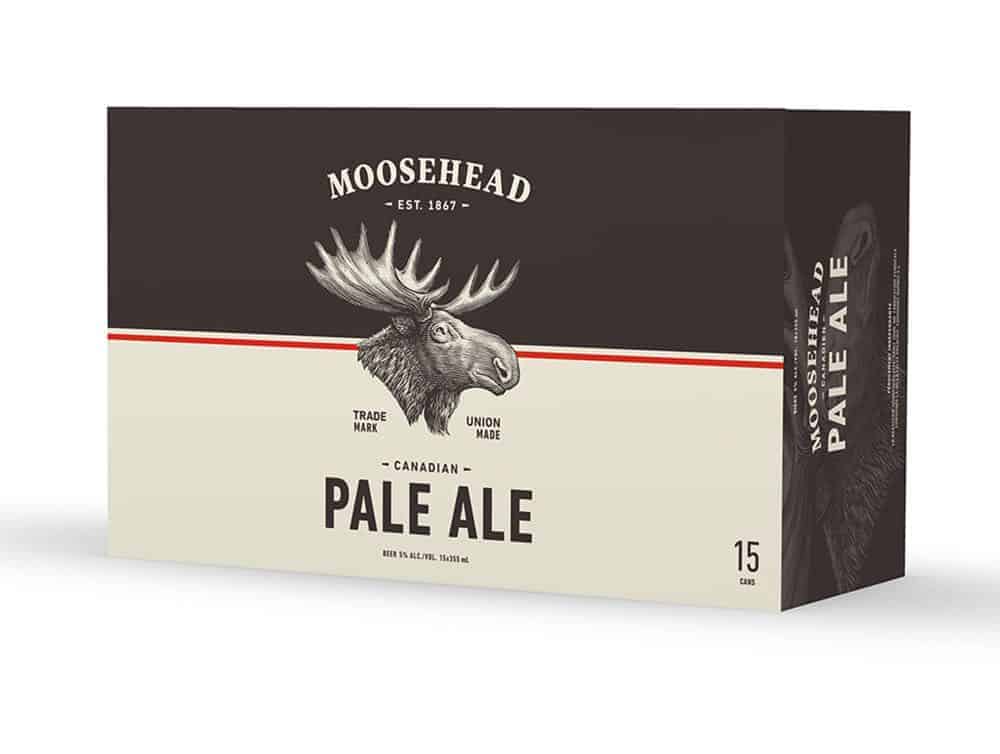 Moosehead Breweries is Canada’s oldest and largest independent brewery – and now, for the first time, the company’s most historic beer will available across the US. Moosehead Pale Ale, the first beer to use the Moosehead name, has been brewed using the same recipe since 1933 and has built a loyal following in Canada for its inherent strength, distinctive taste and clean European character.

Starting this month, the beer will be available in 4 pack 16 oz cans, and 12oz. 15 pack cans across the United States, both on and off premise.

“Moosehead Pale Ale is known as ‘The Beer that Built the Brewery’, and we’re excited to bring this beloved beer to US consumers,” said Georgia Homsany, US Brand Director for Moosehead. “Pale Ale is one of the most popular styles right now in beer and we wanted to give US beer lovers the opportunity to access another product in the Moosehead family with a different taste profile. The lower IBUs make it more approachable for a variety of beer consumers.”

Moosehead Breweries Limited is headquartered in Saint John, New Brunswick, Canada but traces its roots to 1867 when the Oland family started brewing beer. Today Moosehead is still family owned and is operated by the fifth and sixth generations of Oland family members. The company brews and sells its award-winning Moosehead lager across Canada, in the United States, and in a number of countries around the world.