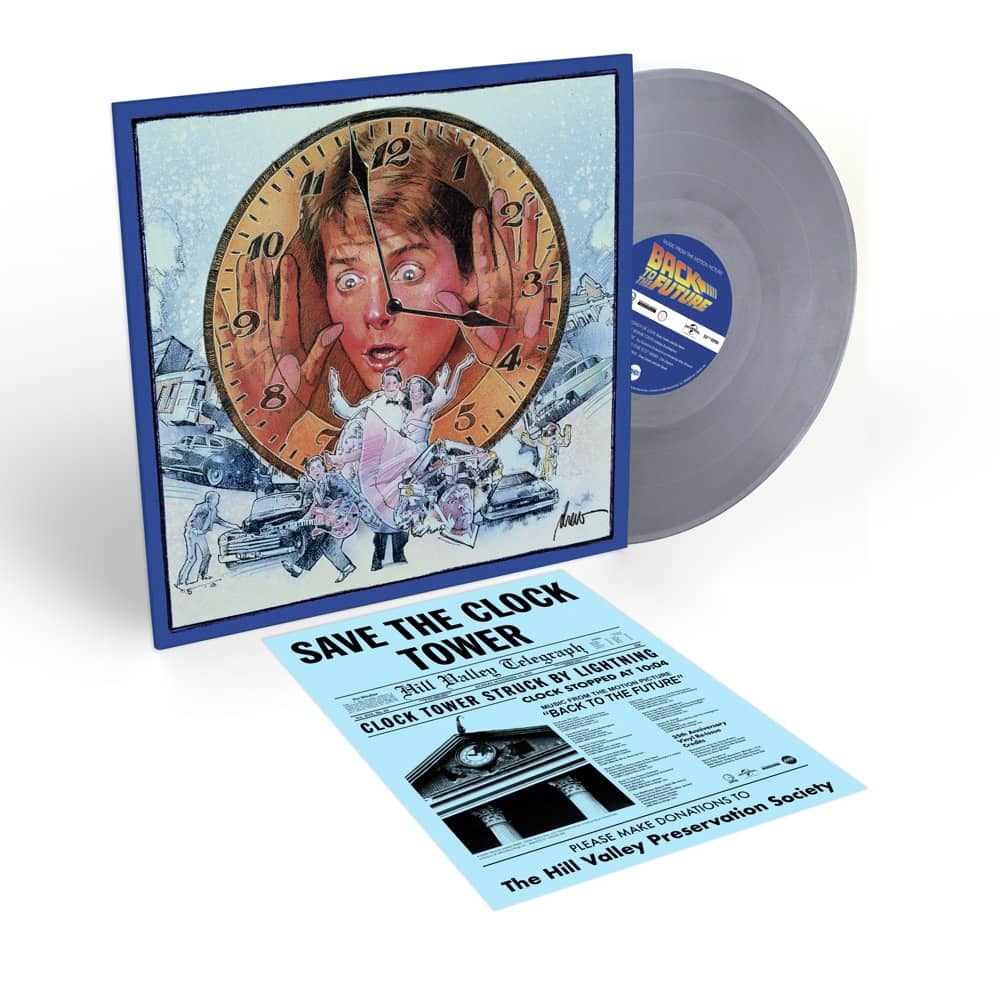 This week we have a restock of one of our favorite releases of the year, our 35th Anniversary reissue of the original soundtrack to BACK TO THE FUTURE, on an all new Delorean-inspired silver vinyl colorway, still featuring the incredible Drew Struzan artwork.

We also have an all new holiday release coming out this week as well, but we can’t talk about that until Wednesday so stay tuned to our socials for the announcement. It’s super fun, and we really think it’ll inspire cheer in everyone. 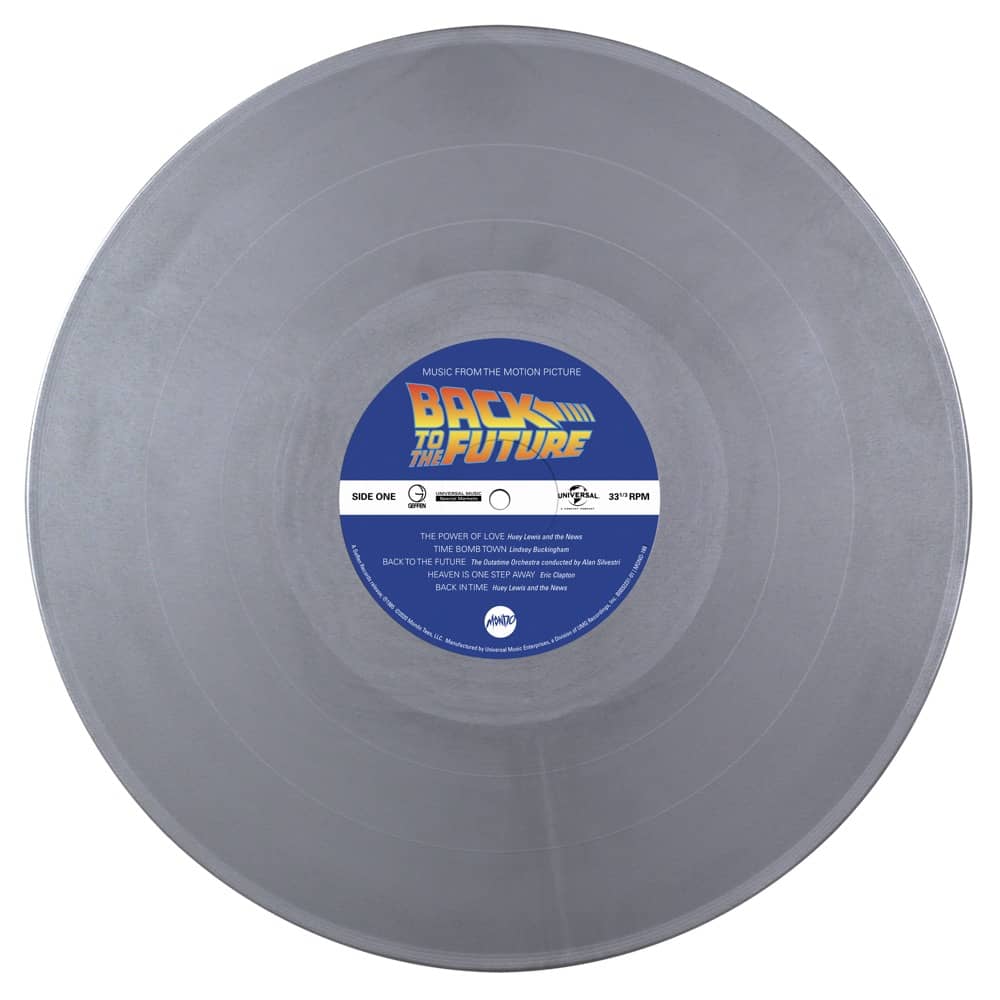 BACK TO THE FUTURE – MUSIC FROM THE MOTION PICTURE LP

Mondo is proud to present the original soundtrack album for one of the most beloved films of all time: BACK TO THE FUTURE.

Not to be confused with the masterful, essential complete score album (also available from Mondo), this album instead features all of the songs from the film. This includes everlasting pop classics such as “Power of Love” and “Back In Time” by Huey Lewis and The News, as well as songs by Lindsey Buckingham, Eric Clapton, Etta James, score suites by Alan Silvestri and of course, Marty McFly’s brilliant (if interesting) interpretation of Chuck Berry’s Johnny B. Goode.

In celebration of the 35th anniversary of the film, Mondo has partnered with the legendary poster artist Drew Struzan, the creator of the original theatrical one-sheet, to create all new packaging for this reissue. Featuring illustrations and unused poster art created in 1985 for the film, this vinyl reissue has been remastered, this time pressed on 180 Gram Delorean-colored vinyl.