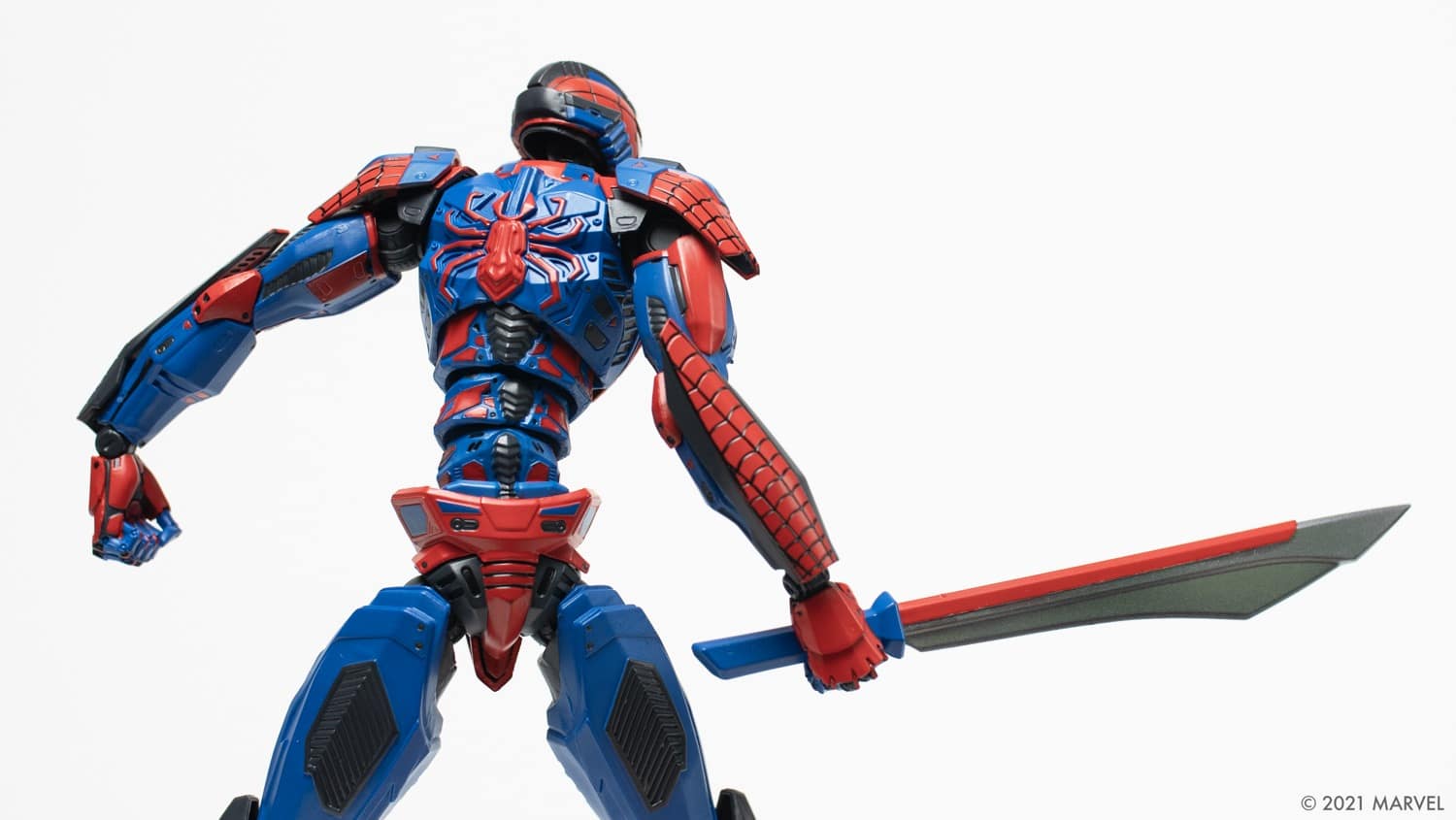 After three years of development, Mondo is proud to officially unveil the first figure in their Marvel Mecha line: Spider-Man Mecha, inspired by their love for Manga and Japanese Mecha designs from the 80s and 90s. Once the team received the blessing from Marvel they decided to move forward and design a line of large scale figures based on that idea, along with an original Manga storyline that comes packaged with these unique must-own toy collectibles. The Spider-Man Mecha replica is available for pre-order now as a regular version and a Symbiote limited-edition at MondoShop.com.

“The Marvel Mecha line of collectibles began with a question, ‘how cool would it be to see Peter Parker pilot a 100-foot robot and fight giant monsters?!” says Mondo Creative Directors Toys & Collectibles Hector Arce and Michael Bonanno. “We were able to let our imaginations run wild building a mythology around a world where our favorite Marvel heroes could exist as mecha.”

Mondo’s Tim Wiesh developed the story behind the Marvel Mecha, and wrote original Mangas that accompany each figure in the new toy line.

Late in the early 23rd Century mankind took its first real steps onto the galactic stage. A new Plasma Engine technology had made the exploration of the furthermost limits of the Milky Way achievable within an incredibly short amount of time. And explore they did. Within the span of just two generations humankind would call hundreds of planets home. To protect all of these new expeditions, the Governments of Earth created an elite space fighting force known as MECHA where only the best of the best are given the opportunity to pilot the most incredible force in the galaxy. But in those outer reaches of space, an unknown terror was emerging. Merchant vessels and military ships alike were found abandoned or, even worse, with no survivors throughout the galaxy in a rapidly accelerating pattern. Across all known space the Mecha are on high alert but without concrete evidence of what they should be looking for very little has been done to protect the space travelers. That is about to change…

Spider-Man is the first Marvel character to get the Mondo Mecha treatment, with Black Panther and Captain America next in line ready to throw down with city-stomping kaiju.

Peter Parker jumps into the 100-foot Spider-Man Mecha to battle giant sized intergalactic threats! Join in the battle by collecting your very own figure replica of Peter’s famed Mecha. With over 30 points of articulation, many accessories including a web shield, web attacks and two swords. This 10-inch replica is the perfect way to show your support to the cause and take the fight to those giant sized threats! All in the comfort of your living room.