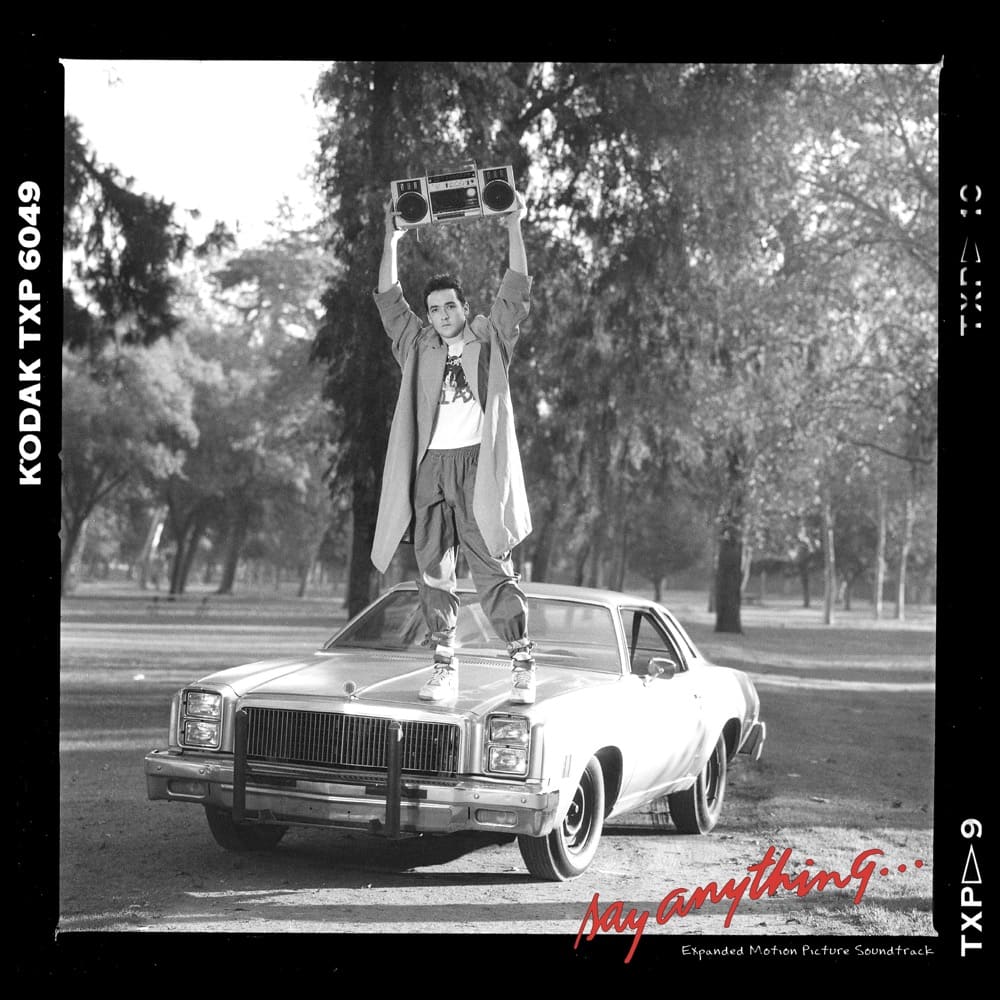 Mondo and Vinyl Films are excited to announce plans to celebrate the filmography of one of this generation’s most acclaimed filmmakers with an expanded soundtrack release of SAY ANYTHING…, Cameron Crowe’s 1989 genre-defining debut film. The films of Crowe are synonymous with soundtracks that form essential playlists in their own right, and over the course of 2021 Mondo will continue the series with expanded soundtrack editions of SINGLES and JERRY MAGUIRE, available for the first time on vinyl.

“We love Mondo. Their work celebrates the same passionate, fun and fan-centric approach we’ve always tried to bring to our movies and soundtracks,” says filmmaker Cameron Crowe. “Working with Mondo on our vinyl releases and the rarity-filled packages… well, it’s a sonic dream come true.”

The 2-disc set contains the original SAY ANYTHING… soundtrack album, available on vinyl for the first time in over 30 years, plus an entire additional disc of music. Featuring demos written and recorded for the film – previously unreleased in any form – including long-lost demo recordings of the “Joe Lies” songs as performed by Nancy Wilson for Lili Taylor. Additionally, the set features a 16-page booklet containing never before seen photos and liner notes with the film’s writer/director Cameron Crowe, stars John Cusack, Ione Skye, Lili Taylor, and composer Nancy Wilson, and much more.

“SAY ANYTHING…’s musical legacy has been tragically distilled down to a hit single – the iconic ‘boombox scene,’ in which John Cusack defined heartaches for an entire generation, set to the legendary song ‘In Your Eyes’ by Peter Gabriel,” says Mo Shafeek, Mondo Creative Director of Music. “But to me, this entire soundtrack is the legendary debut album of Cameron Crowe’s absolutely essential discography, and what we’ve unearthed 30 years later for this expanded edition is nothing less than essential for fans of his films. Featuring never before seen photos and never before heard demos, not to mention liner notes – in particular about that iconic ‘boombox scene’ and the alternate soundtrack that almost was. We are honored to be the record label to celebrate his filmography through music.”

SAY ANYTHING… Expanded Motion Picture Soundtrack 2XLP will be Available for pre-order beginning February 3 at MondoShop.com.

Side One
1. All For Love – Nancy Wilson
2. Cult of Personality (Live) – Living Colour
3. One Big Rush – Joe Satriani
4. You Want It – Cheap Trick
5. Taste The Pain – Red Hot Chili Peppers

Side Two
1. In Your Eyes – Peter Gabriel
2. Stripped (Live) – Depeche Mode
3. Skankin’ To The Beat – Fishbone
4. Within’ Your Reach – The Replacements
5. Keeping The Dream Alive – Freiheit

Side Four – Bonus Tracks and Demos
1. A Girl Like You (Demo) – The Smithereens
2. Sit Down I think I Love You (Demo) – Nancy Wilson
3. The Joe Lies Demos – Nancy Wilson
i. He Hurts Me
ii. That Will Never Be Me
iii. He Cries
iv. Man Child
4. In Your Eyes (Live) – Peter Gabriel 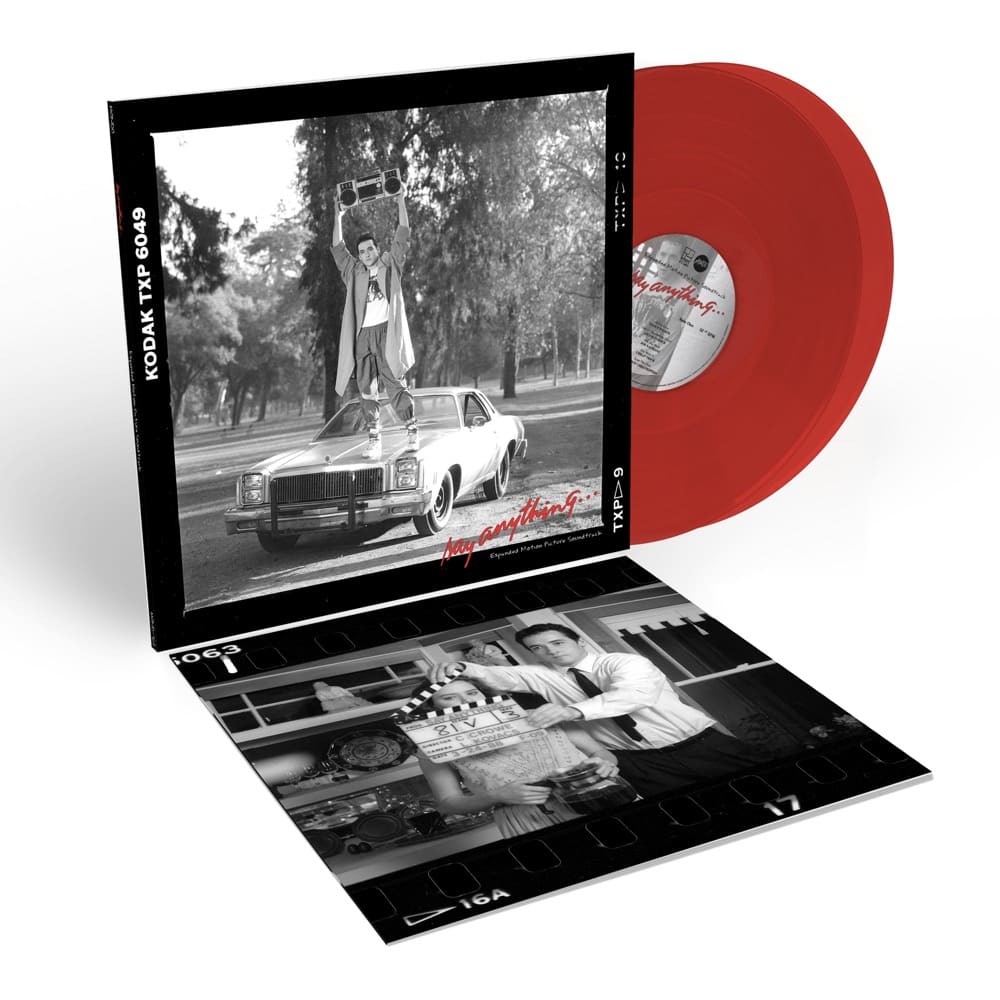 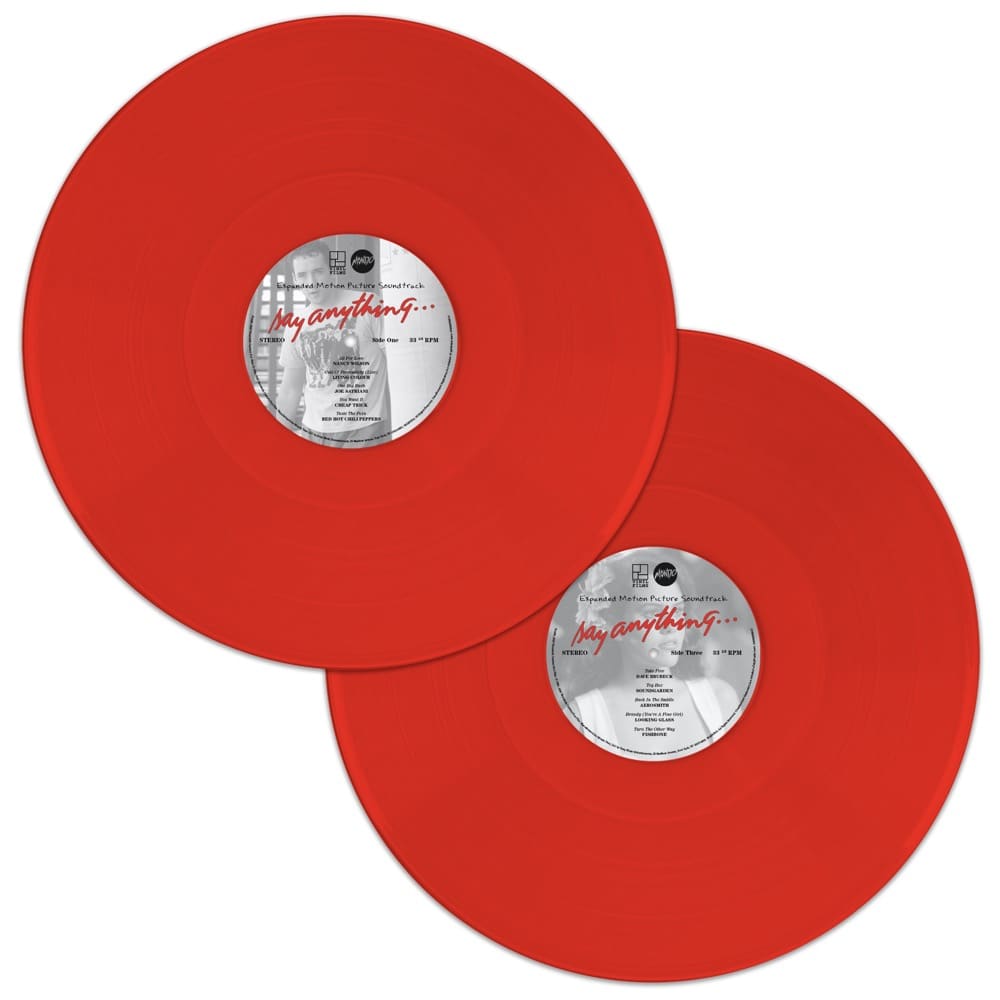