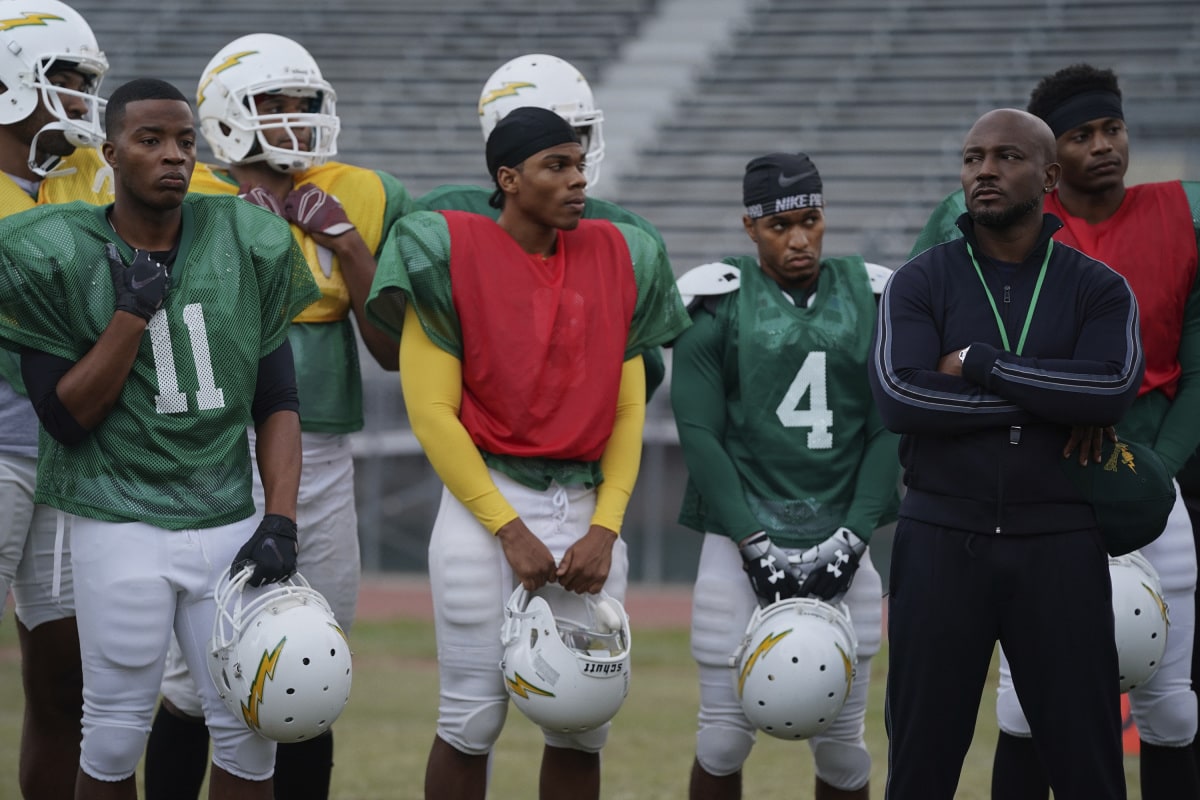 ALL AMERICAN Season 3 Episode 3 Photos High Expectations – s03e03 3×03 – “High Expectations” FEELING THE PRESSURE – With the first game of the season coming up, Spencer (Daniel Ezra) starts to feel the pressure on and off the field. Spencer decides to confide in Layla (Greta Onieogou) who might have a helpful suggestion. Now that Spencer and Billy (Taye Diggs) are gone, Jordan (Michael Evans Behling) realizes he needs to step up. Asher (Cody Christian) keeps trying to talk to Olivia (Samantha Logan) about the summer, but she does everything she can to avoid the issue. Meanwhile, Coop (Bre-Z) is unconvinced that Tyrone’s sister, Mo (guest star Erica Peeples) has good intentions, and maybe she is just paranoid, especially when she learns of some key information pertaining to Spencer. Monet Mazur, Karimah Westbrook and Chelsea Tavares also star. Kristin Windell directed the episode written by John A. Norris. (#303). Original airdate 2/1/2021.