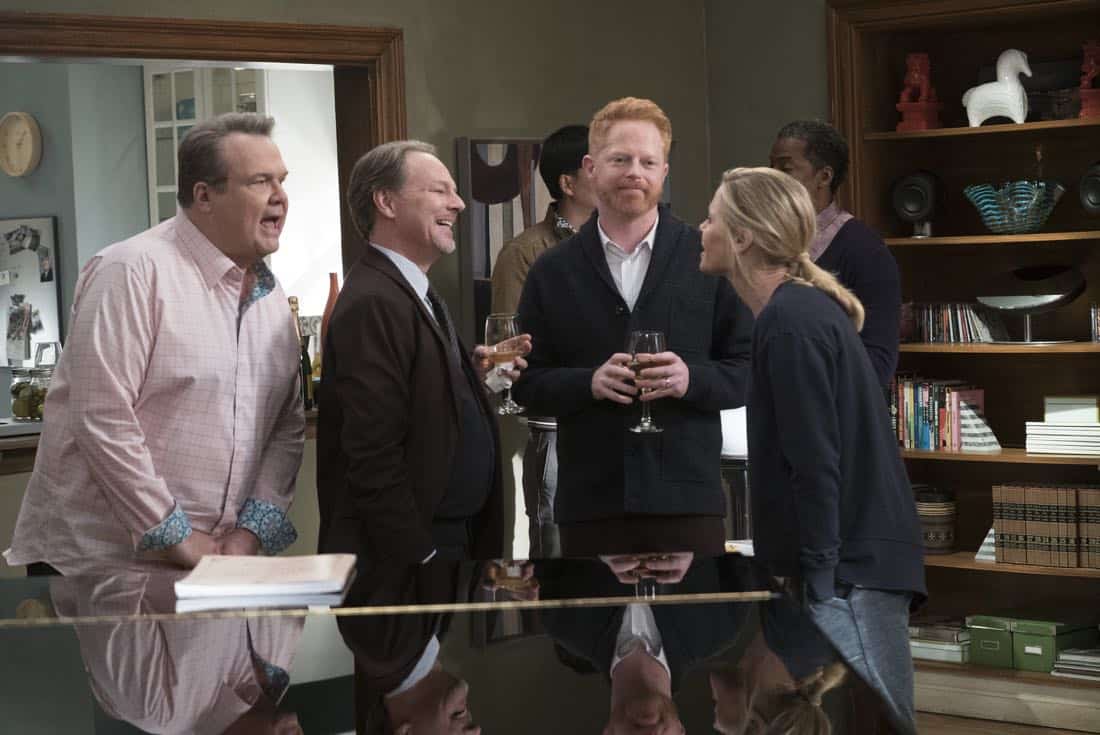 “Spanks for the Memories” – When Jay overhears Gloria on the phone talking about spanking, he assumes she is frustrated in the bedroom. When he attempts to light the spark again by giving her exactly what she wants, he realizes he might have made a mistake. Meanwhile, now that Mitchell has an amazing new job, he and Cam throw a party to rub it in Cam’s friends’ faces so they can no longer give him “the look of pity,” on “Modern Family,” WEDNESDAY, MARCH 7 (9:00-9:31 p.m. EST), on The ABC Television Network, streaming and on demand.  MODERN FAMILY Season 9 Episode 15 Photos Spanks for the Memories

“Spanks for the Memories” was written by Paul Corrigan and Brad Walsh and directed by Jim Bagdonas.