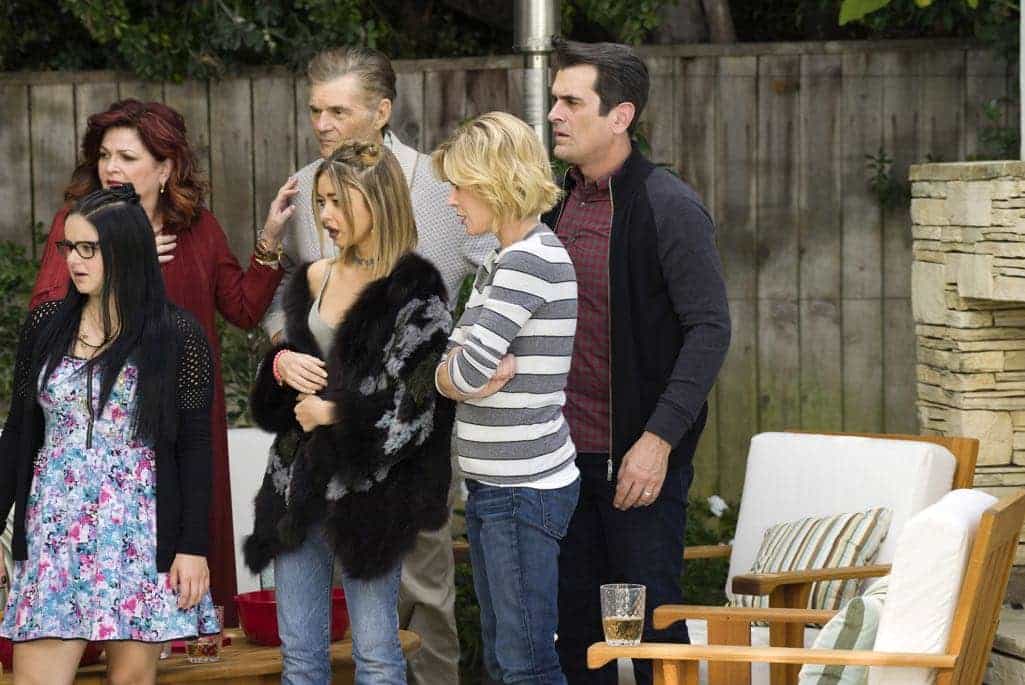 MODERN FAMILY Season 8 Episode 10 Photos Ringmaster Keifth : Trying to recover from his Thanksgiving debacle, Cam decides to treat the family to a New Year’s Day feast. After realizing that Cam’s recent attempt is also a complete fail and in order to salvage their meal, Mitch uses a “concierge gift card” that he received as a Christmas gift. Cam soon discovers that the concierge who is on his way to save the day is none other than his ex-boyfriend, Keifth (Kelsey Grammar), a former circus ringmaster who left him without saying goodbye. Meanwhile, Phil’s dad, Frank (Fred Willard) arrives with his new girlfriend, who happens to be Phil’s childhood babysitter, which sets him on a confusing tailspin. Finally, Gloria and Jay have to decide who should take care of little Joe if something should ever happen to them.