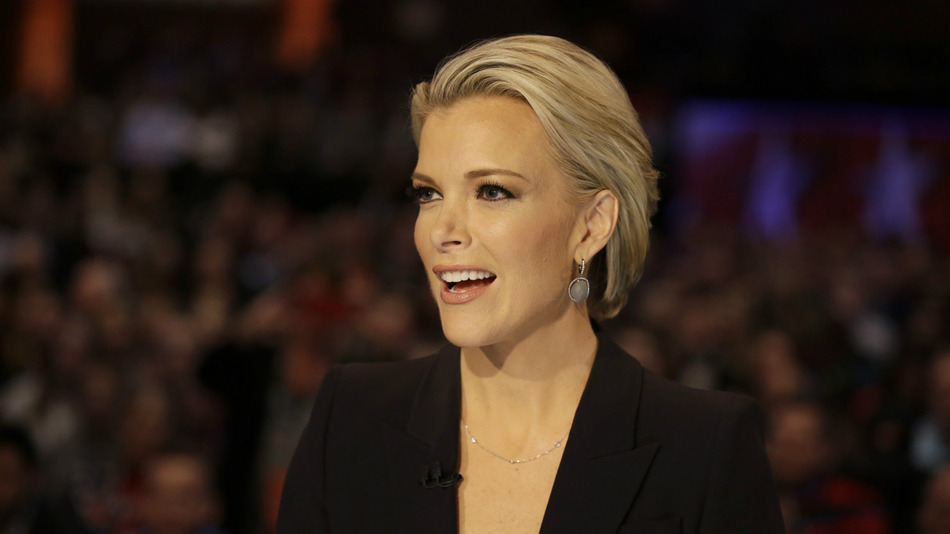 Megyn Kelly, one of America’s most prominent news anchors, will join NBC News, it was announced today by Andrew Lack, Chairman of the NBCUniversal News Group.

Kelly will become anchor of a new one hour daytime program that she will develop closely with NBC News colleagues. The show will air Monday through Friday at a time to be announced in the coming months.

As part of the multi-year agreement, Kelly will also anchor a new Sunday evening news magazine show and will become an important contributor to NBC’s breaking news coverage as well as the network’s political and special events coverage.

Details about both of Kelly’s news programs will be unveiled in the coming months.

“Megyn is an exceptional journalist and news anchor, who has had an extraordinary career” Lack said. “She’s demonstrated tremendous skill and poise, and we’re lucky to have her.”

Kelly joins NBC News at a time when all four broadcasts in the division – “TODAY,” “NBC Nightly News with Lester Holt,” “Meet the Press,” and “Dateline NBC” – are leading in the key 25-54 news demo and the coveted 18-49 demo in the 2016-17 season to date. All four shows also won those same two demos in the November sweep period, the first time that has happened since 2002.

Kelly has consistently delivered top ratings while maintaining a uniquely strong connection with her viewers and an important voice on social media. Since 2013, Kelly has anchored FOX News Channel’s (FNC) The Kelly File, which she helped to create. The Kelly File is consistently the number one news program in overall viewers on cable news and first among the critical 25-54 demo audience. It is also the number two show in all of cable news. She joined FNC in 2004 as a Washington-based correspondent.

Kelly is known for her ability to focus on breaking stories as well as in-depth investigative reports, newsmaker interviews and human interest stories. Kelly uses her skills as a former litigator to press for answers and develop angles as events unfold. Previously at FNC, Kelly helped create and anchored her own two-hour solo afternoon program, America Live and before that, she also helped create and co-anchored America’s Newsroom with Bill Hemmer. Each show became huge ratings successes for Fox News.

Throughout her tenure with FNC, Kelly has anchored breaking news and has reported live from most major national political events of the past decade. Some of the major stories she’s covered include presidential and congressional elections since 2004, the Boston marathon bombings, the San Bernardino terror attack, the Fort Hood terror attack, and the Orlando nightclub attack. She provided breaking news coverage of the election of Pope Francis and the shooting at Sandy Hook Elementary School in Newtown, C.T., 2012’s Superstorm Sandy, the deadly EF5 tornado in Joplin, M.O and the 2010 Deepwater Horizon oil spill. Kelly has interviewed a wide range of national and international newsmakers, including both President-elect Donald Trump and President Barack Obama.

She has used her legal background to anchor wall-to-wall coverage of all Supreme Court confirmation hearings since 2004, and to advance coverage of scores of prominent national legal cases, including Supreme Court cases on Obamacare, gay marriage, gun rights and eminent domain, and the trials of Scott Peterson, Casey Anthony, Michael Jackson, Scooter Libby, Senator Tom Delay and Governor Rod Blagojevich. She reported from Blacksburg, V.A. in the immediate aftermath of the Virginia Tech campus massacre and from Durham, N.C., where she notably covered the Duke University rape case involving three of the school’s lacrosse players and broke new details that would ultimately help exonerate the defendants.

During the 2016, 2014 and 2012 presidential elections and midterm elections, Kelly served as co-anchor of FNC’s America’s Election HQ. She has moderated multiple presidential primary debates, including most notably the first Republican primary debate in August 2015.

Before joining FNC, Kelly served as a general assignment reporter for WJLA-TV (ABC 7) in Washington, D.C. where she covered national and local stories of interest, including the 2004 presidential race and the D.C. sniper case. Prior to her career in television news, Kelly practiced law as a corporate litigator at Jones Day for seven years and was an associate in the Chicago office of Bickel & Brewer LLP for two years. In 2016, Kelly was named to Vanity Fair’s New Establishment List, Hollywood Reporter’s Women in Entertainment Power 100, and Adweek’s The Hot List as News Anchor of the Year. She was named Mediaite’s Most Influential News Anchor. In January 2016, Kelly became only the second news anchor in history to be on the cover of Vanity Fair. Kelly was listed as one of TIME magazine’s 100 most influential people in the world in 2014. She is also the author of “Settle for More,” her memoir, which debuted at number one on the New York Times best seller list.

She earned her B.A. with honors in Political Science from Syracuse University and a J.D. with honors from Albany Law School, where she served as editor of the Albany Law Review.

Kelly lives in New York City with her husband Doug Brunt, a novelist, and their three children.