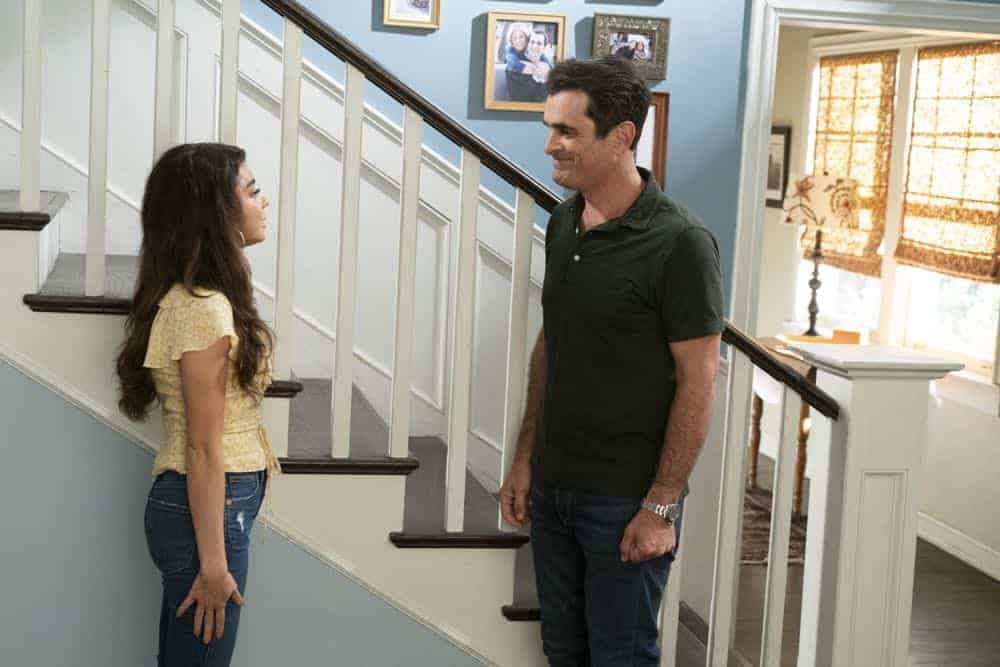 MODERN FAMILY Season 10 Episode 4 Photos Torn Between Two Lovers – “Torn Between Two Lovers” – Haley can’t seem to choose between her past and present relationships and is forced to make a decision. Meanwhile, Manny returns to college and dorm life while his girlfriend, Sherry, continues to stay at Jay and Gloria’s, and might be overstaying her welcome, on “Modern Family,” WEDNESDAY, OCT. 17 (9:00-9:31 p.m. EDT), on The ABC Television Network, streaming and on demand.

“Torn Between Two Lovers” was written by Jeff Richman and Danny Zuker, and directed by Beth McCarthy Miller.