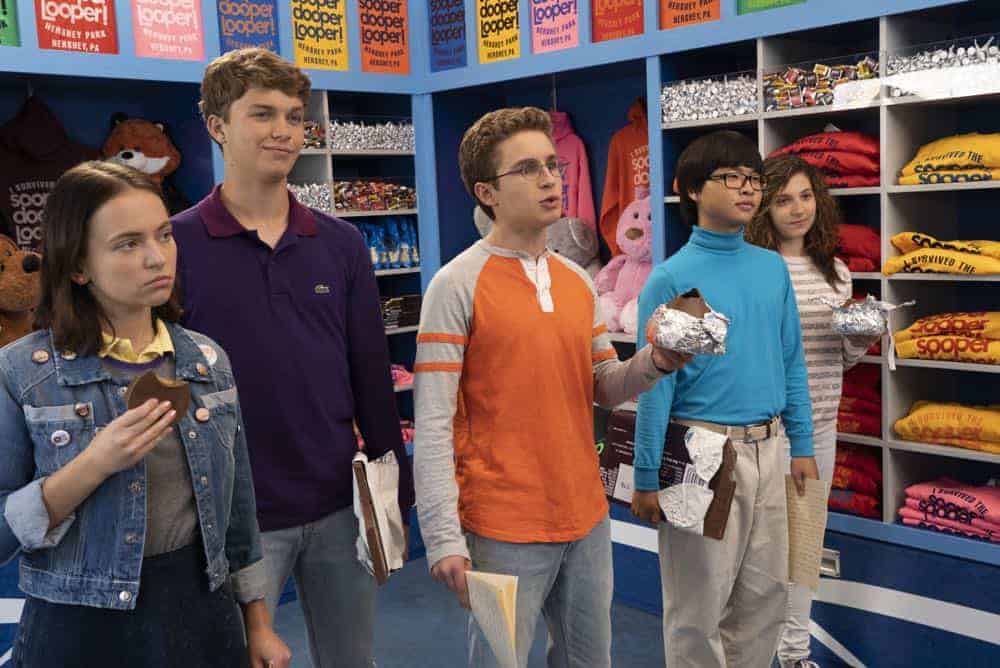 THE GOLDBERGS Season 6 Episode 4 Photos Hersheypark – “Hersheypark” – Adam discovers Beverly has been manipulating him with guilt letters when he tells his mother he doesn’t want her to chaperone the school trip to Hersheypark. Meanwhile, after attending Career Night, Geoff realizes he doesn’t want to be an eye doctor like his father, on “The Goldbergs,” WEDNESDAY, OCT. 17 (8:00–8:30 p.m. EDT), on The ABC Television Network, streaming and on demand.

“Hersheypark” was written by Dan Levy and directed by Jay Chandrasekhar.