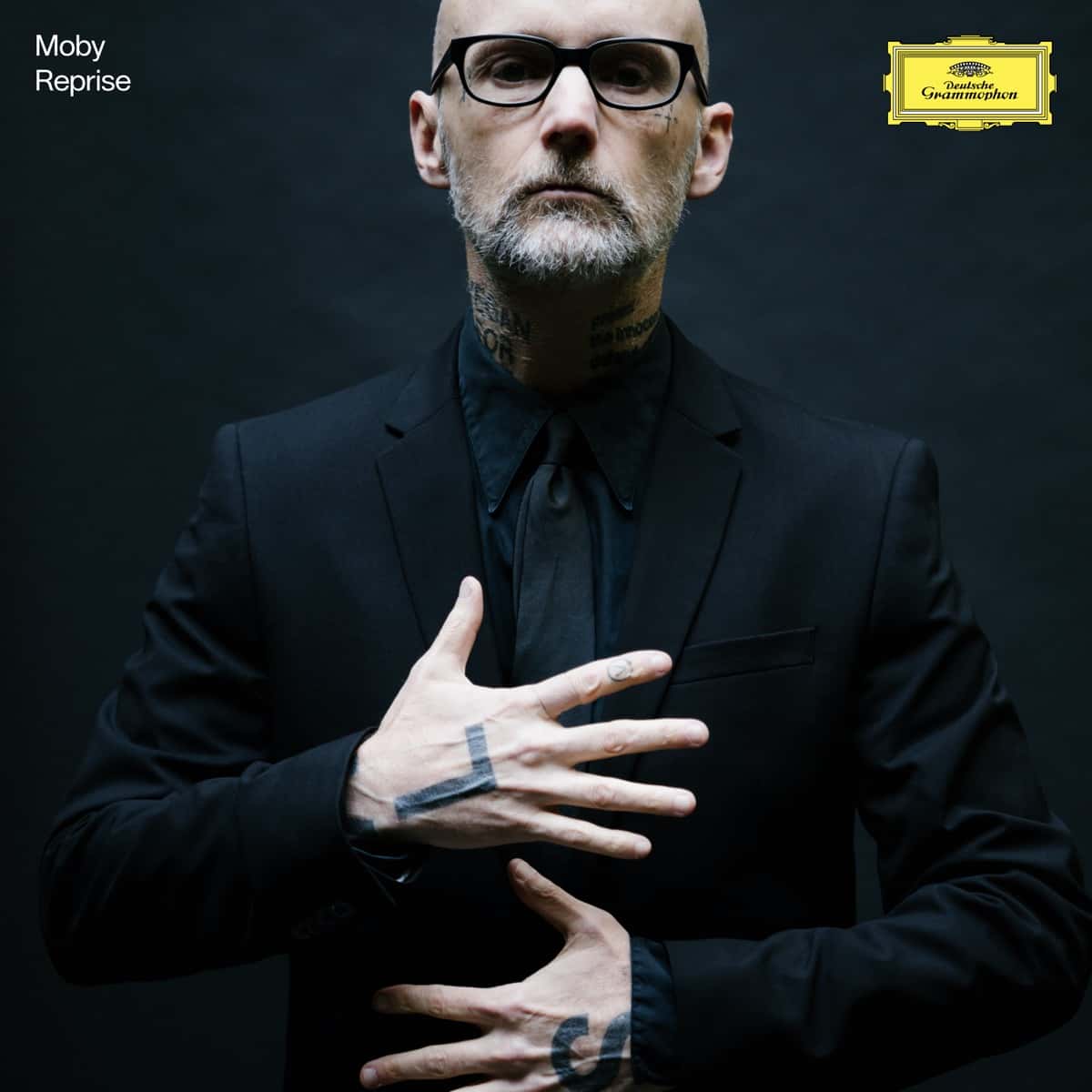 Musical pioneer Moby announces his new album Reprise, out May 28th on Deutsche Grammophon.  Reprise sees Moby revisiting and reimagining musical highlights from his 30-year career. Together with the Budapest Art Orchestra, he has re-envisioned some of his most recognizable rave classics and anthems with new arrangements for orchestra and acoustic instruments, joined by a stellar line-up of guest artists from across the musical spectrum, including Alice Skye, Amythyst Kiah, Apollo Jane, Darlingside, Deitrick Haddon,Gregory Porter, Jim James, Kris Kristofferson, Luna Li, Mark Lanegan, Mindy Jones, Nataly Dawn, Skylar Grey and Víkingur Ólafsson.

Moby has shared the first track from the album “Porcelain,” featuring Jim James (My Morning Jacket.) Stream/download “Porcelain”here, and watch a making-of video on the track here.

Reprise includes Moby’s biggest tracks, including his breakthrough dance track “Go,”“Extreme Ways” (famous from the Bourne movie franchise), “Natural Blues” and “Why Does My Heart Feel So Bad?”  Some of the new versions are sparser and slower, while others exploit the bombastic potential an orchestra can offer. Three decades into his career, Reprise is less of a greatest hits record and more of a chance to reflect on the way in which art can adapt over time to different settings and contexts.

Moby explains, “Sorry if this seems self-evident, but for me the main purpose of music is to communicate emotion,” he offers, “to share some aspect of the human condition to whomever might be listening.” Why include an orchestra? “I long for the simplicity and vulnerability you can get with acoustic or classical music,” he explains.

The seeds for Reprise were sown when Moby was invited to take part in his first-ever classical collaboration – a live concert of his music at Walt Disney Concert Hall with his friend Gustavo Dudamel and the Los Angeles Philharmonic Orchestra in October 2018.

2021 promises to be an exciting new chapter for Moby with the release of both Reprise and a documentary film, MOBY DOC. Directed and edited by Rob Bralver, the film will be distributed by Greenwich Entertainment and released in US theaters and on digital platforms on May 28, with a worldwide (ex-North America) premiere stream on the same day. Moby Doc is a surrealist biographical documentary narrated by Moby as he reflects on his turbulent personal life and iconic music from underground punk bands to chart-topping solo artist, and from struggling addict to vegan activist. The film features interviews with David Lynch and David Bowie, along with extraordinary concert footage, utilizing a unique blend of re-enactments, interviews, and archival footage. Audiences will be treated to an insightful, unvarnished look at an artist whose traumatic childhood shaped him in profound ways.

Moby is a celebrated musician, singer/songwriter, producer, DJ, photographer and activist. The multi-platinum, Grammy-nominated artist has pushed boundaries with his acclaimed music, including his breakthrough global smash album, Play. Achieving worldwide sales of more 20 million albums, Moby has also scored eightTop 10 hits on the Billboard Dance Club Songs Chart. A staunch vegan and advocate for animal rights and humanitarian aid, he also is the author of four books including a collection of his photography.

8 – Why Does My Heart Feel So Bad (featuring Apollo Jane)