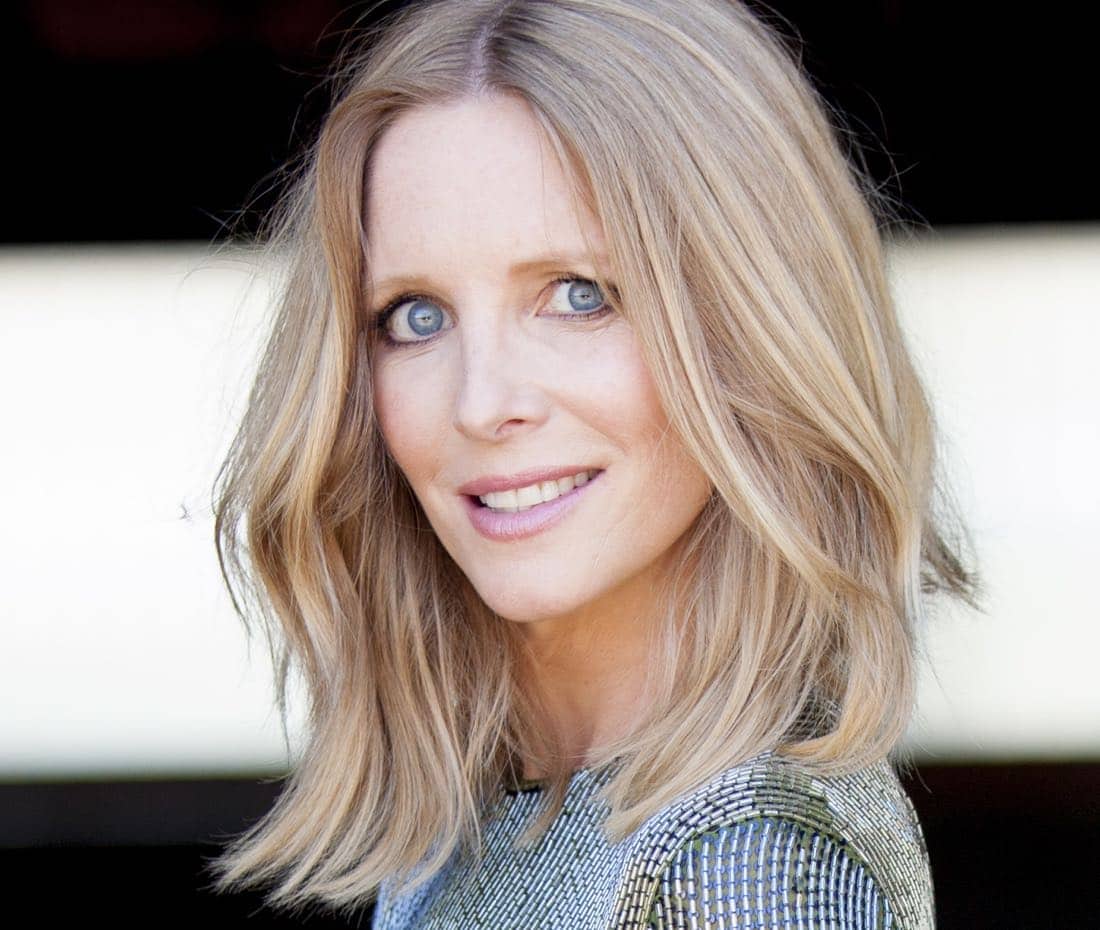 No matter which character she portrays, Lauralee Bell always manages to shine. Lauralee’s empathy and humanity radiates from her and it makes each of her roles that much more appealing and addictive. That ability has given Lauralee a rewarding career in daytime television and it continues to provide unique characters for her to bring to life. In an exclusive interview, Lauralee previews her latest appearance in the Lifetime film “Mistress Hunter” and reflects on what she has learned through the diverse roles she has been privileged to portray.

What was the initial appeal for you about portraying Jackie Blanchard and working on Lifetime’s “Mistress Hunter”?
LAURALEE: When I read the “Mistress Hunter” script, it appealed to me for a few reasons. So much happens to my character, Jackie, so quickly. She goes from shock to vulnerability and sadness, to fear and eventually, strength. I enjoyed portraying the mother of a young child in the movie and that the dialogue was easy for me to learn in comparison to legal District Attorney speeches that I perform on “The Young and the Restless.” I always love a more realistic feeling on location — filming in houses, walking down streets and driving cars vs. small sets.

How would you describe who Jackie is?
LAURALEE: Jackie is a woman who is all about her family. Determined to raise her daughter with love and personal care, she took pride in keeping her husband and daughter happy. Once she realized that wasn’t the case, she found long-forgotten reserves of strength to do whatever it took to learn the truth about how her marriage unraveled. She was forced to deal with the consequences of her husband’s actions as well as the consequences of her own actions in response to his.

What do you most admire about her?
LAURALEE: I admired Jackie for not pretending there wasn’t a problem in her marriage and for not looking the other way. She was ready to deal with it head-on once she overcame the shock.

What was it like working alongside the talented ensemble on “Mistress Hunter”?
LAURALEE: I couldn’t have asked for a better cast to work with. Across the board, everyone was great in the characters they portrayed plus everyone was so professional. We had to do an incredible amount of work in a few weeks with so much emotional material and I never felt anything but encouragement and support from the cast and crew.

Then what has been your favorite part about working on “Mistress Hunter”?
LAURALEE: I think the most fun day was when I got to dress up for a scene and give my husband a taste of his own manipulative medicine. When you watch the movie, you’ll understand.

What are you most proud of about working on “The Young And The Restless”?
LAURALEE: I’m most proud of pulling off the difficult dialogue for my character on “The Young and The Restless.” As a lawyer who became the DA, you have such precise language in legalese and if you stumble a bit, you’re not believable so I put a lot of pressure on myself to know my lines as well as I can.

As an actor, what has been the one thing you haven taken away from the experience of working on “The Young And The Restless”?
LAURALEE: I’m still on “Young and Restless” a few times a month. Every time I’m back, I’m grateful to see everyone whom I’ve literally grown up with and appreciate every scene I get to do with my favorite TV husband, Doug Davidson.

What has surprised you most about your career so far?
LAURALEE: I don’t know that I’ve been surprised by anything in my career so far but I do know that now that my kids aren’t little anymore. I will have the luxury of time to return to my producing and acting projects. I’m filled with ideas for what to do next.

At this stage of your career, what do you think you have learned from the roles and projects you have worked on?
LAURALEE: I’ve learned a lot from all the different projects I’ve done. The most important thing I’ve learned is that every production involves a team. Everyone has their job to do and we are all part of making a successful final project. Everyone should feel respected and appreciated.

Then what are the perks of where you are in your career right now?
LAURALEE: The perk in my career right now is knowing that there are so many possibilities for the future. There aren’t just a few networks anymore so if I’m lucky enough to produce another project, between cable channels and streaming outlets, there are so many more opportunities for content to be sold and seen.

If there were one previous role you would like to revisit, which would it be and why?
LAURALEE: I would hope to make a Mistress Hunter sequel. The last line leaves it wide open. Or I’d like to go back to the days when my character laughed and smiled and was much less serious on “The Young and The Restless.”

Do any of your characters and the situations they find themselves in ever leave a lasting impression on you?
LAURALEE: When you are in an emotional storyline for weeks at a time, it definitely takes its toll. When we used to do weeks of courtroom scenes, the amount of pressure to pull off all the dialogue was very tiring and quite a test for my memory muscle.

Do you find any of you character’s habits manifesting in your own life? Like what?
LAURALEE: I love my character but no, her habits don’t rub off on me. Like a lot of the “Y and R” fans, they want Christine to smile more and nobody wants that more than I do so I wish my personal habits would rub off on her. She’d have much more fun!

Has there been any great advice you have gotten about working as an actor?
LAURALEE: Some great advice that worked for me when I was younger was to experiment with a few acting teachers/classes. Sometimes if an actor stays with one acting style it can often be difficult to adjust when given notes between takes. The more flexible you are and the more you can understand the note conveyed to you, the happier you’ll make your director.

What advice would you offer to other upcoming and aspiring actors?
LAURALEE: I’d offer the advice I just stated in the last answer, but also offer what my parents taught me, which was to shake off negativity and keep pushing through. Life is too short to make yourself focus on criticism. And sometimes you can learn from it but it’s still always important to believe in yourself.

At a time when women’s voices are rising to be heard and respected around the country and world, what do you recommend your fans do to lend support in that endeavor?
LAURALEE: I portrayed my character being both sexually harassed and date-raped. I did the best I could to tell the story based on what I knew from people’s real life experiences. It was very difficult to know this happened to too many women (and men) and being told through fan mail in confidence about their experiences. Young girls felt that they couldn’t tell the truth out of fear that they wouldn’t be believed. I am so sorry that anyone ever had to endure that experience and feel that way. I’m very proud of the women who have come out to make today’s world a very different and hopefully safer place. I’d encourage everyone to keep this movement going and to not keep any abuses against you inside, you need to speak out. You don’t need to deal with this alone anymore and there are likely others who have had the same experience with the same abusers. Nobody deserves to be mistreated and everyone who has suffered deserves to be believed.

To see Lauralee shine in her latest film , be sure to tune in for the premiere of “Mistress Hunter” on Friday, March 16th at 8:00 p.m. on Lifetime Movie Network. For more information about “Mistress Hunter” and other upcoming Lifetime Movies, be sure to follow along on Twitter @LifetimeMovies. Then to see what further amazing adventures Lauralee is up to next, you can follow her on Twitter @LauraleeB4Real

THE YOUNG AND THE RESTLESS Video Spotlight On Lauralee Bell: