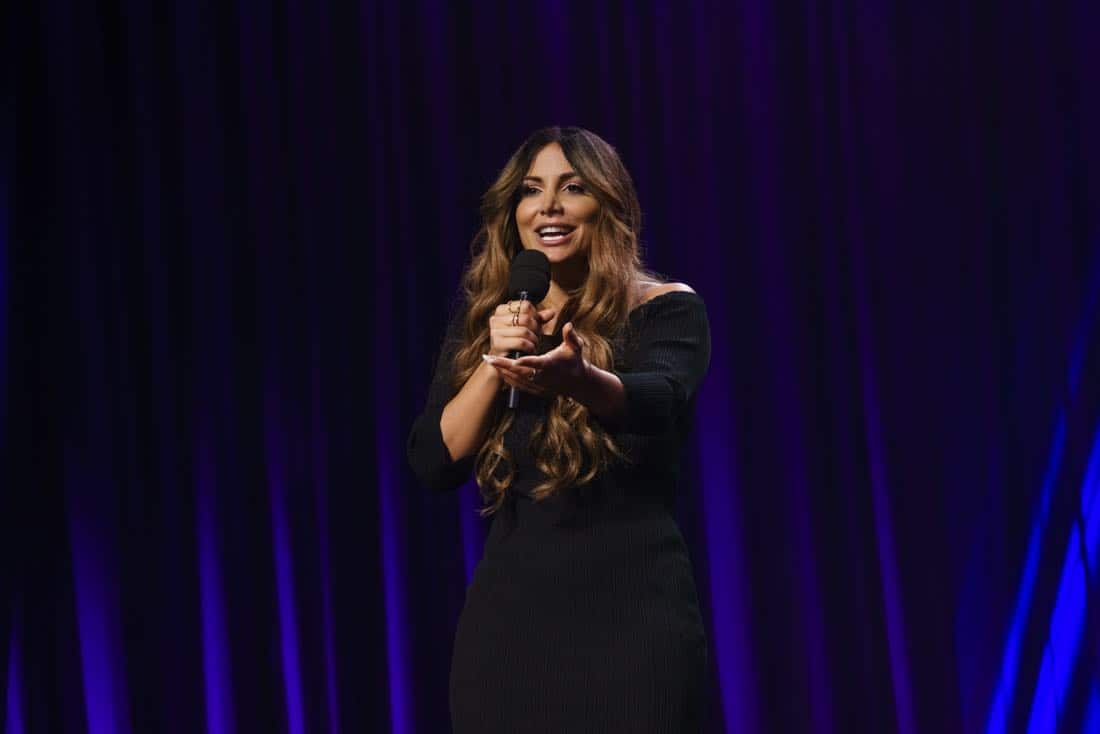 Clever, cheeky and incredibly funny – that’s Enissa Amani! After numerous appearances on comedy stages, in TV shows and films, the multi-talented German comedy prize winner now lands her next coup: As the first German woman, she gets her own Stand-Up Special on Netflix! Enissa Amani: Ehrenwort will premiere exclusively on Netflix on April 26th to members worldwide.

With her subtle sense of humour and her wonderfully provocative punch lines, the Iranian-born German-Persian conquered the country’s biggest stand-up stages in no time at all. Fans love her targeted taboo breaks and on January 8th they witnessed the live-taping of her new show in the iconic St. Pauli Theater on Hamburg’s Reeperbahn. Enissa Amani: Ehrenwort was compiled exclusively for Netflix.

“For us comedians, Netflix is simply the Olympus,” states the beautiful multi-talent, adding: “Netflix has an incredible philosophy. They just say ‘We want you. Do what you want in the way you want to do it.’ And that’s what I did.”

Fans can look forward to the result, because in her charming straight-forward way Enissa Amani does not even stop before Netflix.

About Netflix
Netflix is the world’s leading internet entertainment service with over 117 million members in over 190 countries enjoying more than 140 million hours of TV programmes and films per day, including original series, documentaries and feature films. Members can watch as much as they want, anytime, anywhere, on nearly any internet-connected screen. Members can play, pause and resume watching, all without adverts or commitments.