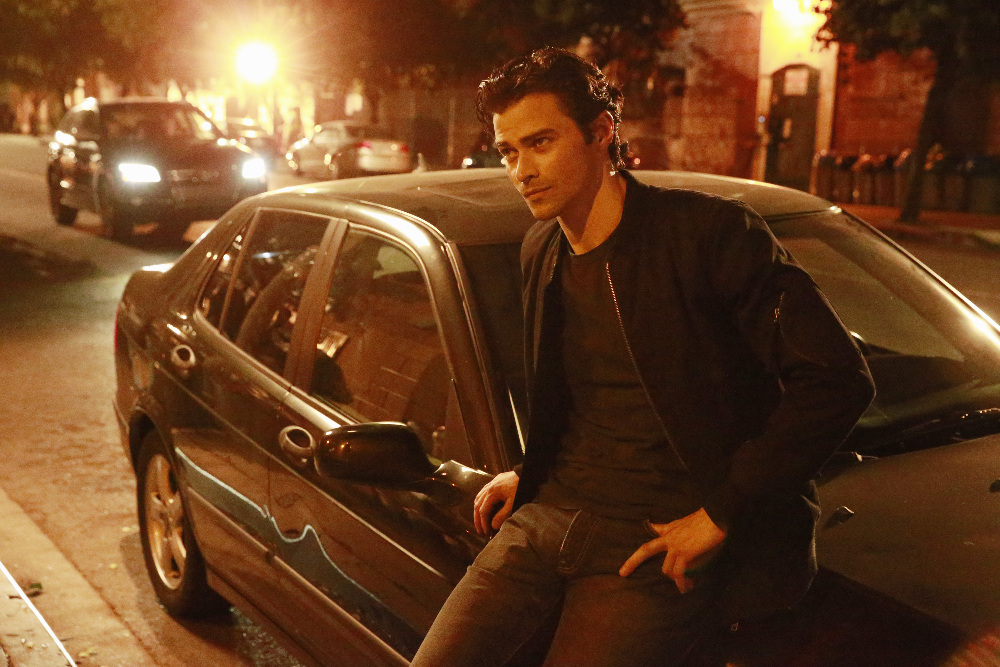 Best known for playing Aiden Dennison in the teen drama South of Nowhere and portraying both John Winchester and Michael in Supernatural, it wasn’t long before we Matt had a huge following. He currently partnered up with Creation Entertainment and travels the world meeting fans through conventions and entertaining them with karaoke, panels, and even meet and greets. However, during his off time he can’t seem to stay away from acting.

Matt just signed up for a arc on the ABC hit drama, How to Get Away with Murder (HTGAWM). Matt will be playing Levi Sutter a mysterious character coming into the mix as Rebecca of lawyers who are focusing on helping others while keeping themselves out of jail.

In a recent phone interview, Matt, spoke about his acting background, what it was like working on shows that made him a cult star, and his latest role on HTGAWM.

Growing up you had excellent grades, played football, studied business – I wouldn’t have guessed that acting would be in the cards for you. How did you get into it?

MATT: I graduated high school with a 3.8 GPA. I had perfect attendance from second grade through twelfth, all these great things. I got an academic scholarship to Florida State. But when I was up there I became bored and tired of school.  So I thought I’d try some theater classes, and I did – and then I thought, “Well this is a complete joke.”

It was a weird, cold atmosphere. People kind of frowned upon me, thought I was just a jock trying to get an easy grade. And I probably was. Then, randomly, the client of this talent manager in south Florida came into my dad’s office and saw a picture of me…that’s how I met my manager.

I moved to LA and auditioned a few a times. I was so terrible that my agent was going to drop me. I quickly got into acting classes, really studied it. It was at that point I decided, “This is what I want to do.” I was serious about making this rest of my life.

Did your family say, “What the hell are you doing?”

MATT: My dad said, “Just do it. If you’re going to start something, you finish it.” That’s a lesson my grandfather really wanted to instill in me. Don’t just start something: see it through.

You’ve been active in the industry since ’05, starting with a TV movie, South of Nowhere and so on. What did you do in between those roles?

MATT: I’ve always kept pretty busy, but I also grew up an only child. Solitude is something I’m used to. During my first six months that I was in LA, there would be times I’d go weeks without speaking to another person. I didn’t really know how to make friends, so I’d sit in my hotel room, drink a beer and watch House Party 4. But I figured, hey, you want something bad enough? This is what you do.

You have a huge following. Is it weird that out of all the roles you’ve played, the one that’s generated the most enthusiastic engagement from fans is from a show in which you participated relatively little?

MATT: [laughs] I think weird is the wrong word. I’d go with “fortunate”. Sci-fi fandoms are amazing; they’re huge. They really show up for the things they believe in. They’re passionate about the cult shows and films that they watch.

The first time I showed up at a convention I thought, “Man, getting to keep doing these would be great.” You’re showing fans a side of yourself that’s far different than what they see on television. You get to give back to them, which is so fortunate, because all they do is give to us. They’re the reason we’re here. And it’s become about more than Supernatural: it’s blurring the lines between actor and fan. It’s us hanging out together for a weekend. Every time I go to a convention, I’m more and more grateful.

What’s your process like? Were you intimidated going to into Supernatural, given the importance of the role in a show already well established?

MATT:  After you audition and get the role, you go “How can I do this justice? I’m playing a role that somebody else has already outlined.” Luckily for me I was playing John Winchester during the 70s, pre-Jeffrey Dean Morgan, who played their father at the current time. So I had to know who he was but also play him differently. He wasn’t that darker man yet.

Walking onto a set as a guest star at any point is intimidating. You’re always walking into a well-oiled machine. And you want to be liked. Luckily, Jensen and Jared happen to be two of the best guys in television. The whole cast and crew are extremely positive, top to bottom. I preach this all the time: there’s a reason a sci-fi show with predominantly two male leads has been on the air eleven effing seasons.

Will we ever see you return to Supernatural?

MATT: I want to say yes. I have no reason to say that other than nobody ever dies on the show. [laughs] I’ve died and come back twice. I think there’s room for it; I don’t think the show is done. I think it’s going to keep going as long as everyone is willing. I can see us revisiting all of our old favorites. If it were my decision, I’d be there right now. I’d do it for free. I’d walk on that set for the fans alone.

Congrats on your role in HTGAWM.

MATT: Thanks! I’m a big fan so I was ecstatic to have the chance to work on it. That’s another great set. You walk on and the cast and crew just make you feel extremely welcome.

Can you give anything away? All that we know is that you are playing Levi Sutter, who is described as a sexy, edgy working class guy. He is also someone from the foster system.

MATT: I can’t really give anything about that character or that show, but I will say I would tune in on Thursdays.

No one can ever give anything away! It’s always “Someone might die.”

MATT: [laughs] Someone might have sex. There may be a verbal confrontation.

I hear the scripts are really confidential.

MATT: Yeah. No one truly knows what’s going to happen outside the writers’ room. It’s very need-to-know only. And even when you need to know sometimes they go “You know what? I don’t think you need to know.”

We have a few questions for you from fans on Twitter. @Emmyloo03 asks, “How long will you be on HTGAWM and what’s it like working with such a diverse cast?”

MATT: Working with a diverse cast feels kind of like home to me…Working with that cast is amazing. I developed a relationship with them very quickly. The writers are phenomenal. They take their jobs seriously but have a great time. They’re all ivy-league intelligent but aren’t pretentious. They’re very giving. I can’t begin to describe how fortunate of an experience it has been. I wish I could say more without giving something away. These people are shaking up Hollywood a little bit, bringing a real, fresh change to television.

Twitter user @torixoxx wants to know what your favorite Louden Swain song is.

MATT: It’s a tie between two, depending on my mood. For my wife and I, “She Waits” is one of the most important songs they’ve written. We love it. And then “Mama’s Jam” is my feel-good, have a glass of whiskey, party with the guys at a dive bar song. Rob Benedict is an amazing musician. Billy Moran, Stephen Norton, and Michael Borja – they’re all unbelievably talented. I feel like a rock star just being in their presence.

From @lexicooperxo: “If you could play any other character on Supernatural besides young John, who would it be?”

MATT: It’s impossible. I’d love to play Castiel. He’s witty, smart, can be crass without quite being crass. But I love all the characters – Richard Speight’s Gabriel/Trickster, Rob Benedict’s Chuck/God. When it comes down to it though, anyone given a role on Supernatural should feel lucky, for two reasons: one, because the writers are brilliant. Most of us have actually gotten to play two characters, which is an actor’s dream.

Lastly, why aren’t you verified yet?

MATT: I’m anti-blue check. What do I need Twitter’s blue check for to feel like myself? Let’s have our own check. Let’s do a black one.

One more! You ran naked through the streets for Kings of Con. Fans want to know, were you really, actually naked?

To find out just how much damage Levi might do, what the latest Annalise is up to, and how the team of lawyers will get themselves out of their latest mess, watch How To Get Away with Murder this Thursday at 10 p.m. on ABC.