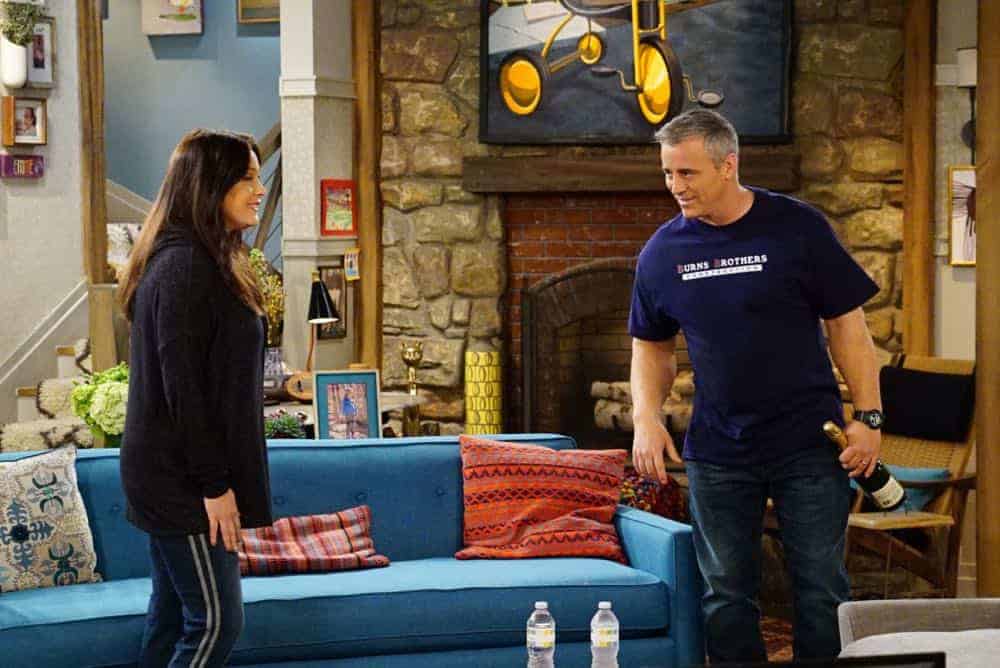 Man With A Plan “We Hate Money” – When Adam and Don realize they need to bring in more business, they film a commercial advertising their company. Also, Andi works up the courage to ask her boss, Bob (Gary Anthony Williams), for a raise, on MAN WITH A PLAN, Monday, May 7 (8:30-9:00 PM, ET/PT) on the CBS Television Network. Geoff Stults guest stars as Leif Forrest, an actor Adam and Don hire for their commercial. MAN WITH A PLAN Season 2 Episode 19 Photos We Hate Money.