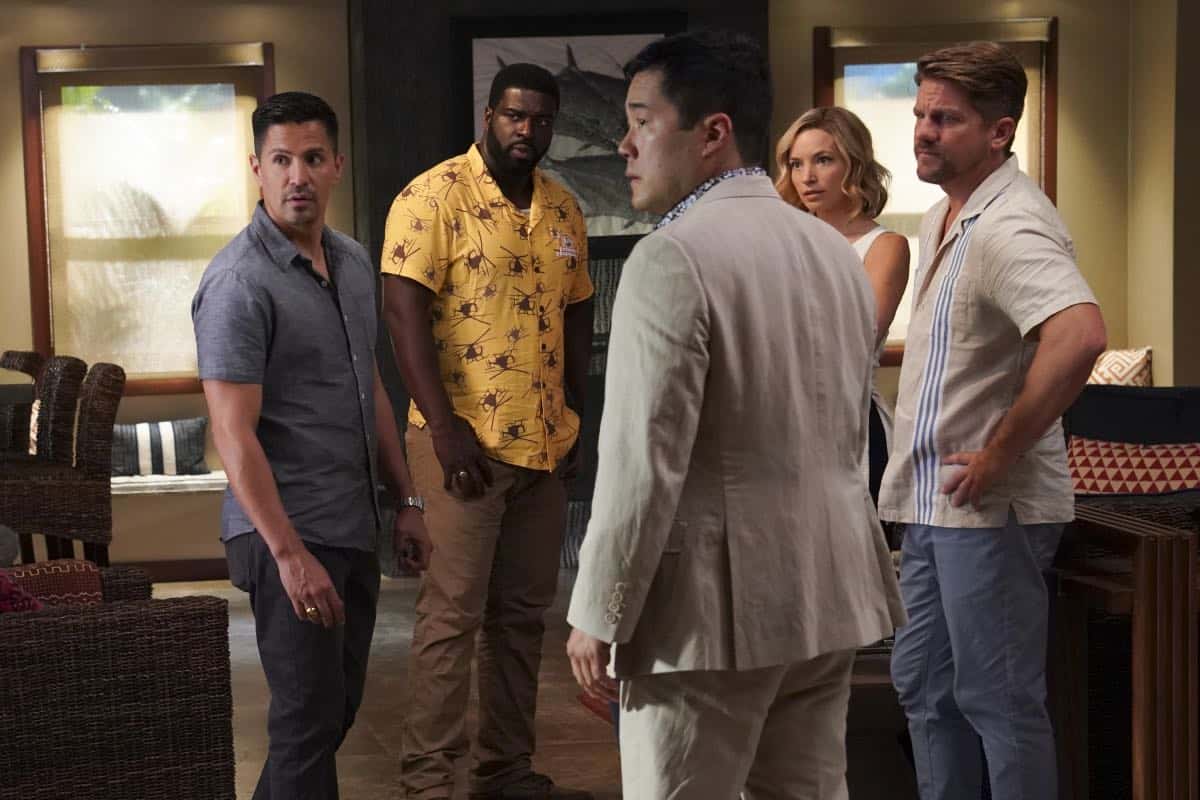 MAGNUM P.I. Season 2 Episode 1 Photos Payback For Beginners – “Payback for Beginners” – While Magnum waits for Higgins to decide if she’ll officially become his partner, he takes the case of a missing wife who witnessed her boss’ murder during a bank robbery. Also, Rick makes a big decision about his career, on the second season premiere of MAGNUM P.I., Friday, Sept. 27 (9:00-10:00 PM, ET/PT) on the CBS Television Network.

The “majordomo” of the property is Juliet Higgins, a beautiful and commanding disavowed MI:6 agent whose second job is to keep Magnum in line, with the help of her two Dobermans. When Magnum needs back-up on a job, he turns to his trusted buddies and fellow POW survivors, Theodore “TC” Calvin, a former Marine chopper pilot who runs Island Hoppers, a helicopter tour business, and Orville “Rick” Wright, a former Marine door-gunner-turned-impresario of Oahu’s coolest nightclub and the most connected man on the island.

Suspicious of Magnum’s casual attitude and presence at his crime scenes, Detective Gordon Katsumoto finds that he and Magnum are more alike than either of them care to admit. One of Magnum’s biggest supporters is Teuila “Kumu” Tuileta, the unofficial “House Mom” and cultural curator of Robin’s Nest.With keys to a vintage Ferrari in one hand, aviator sunglasses in the other, and an Old Düsseldorf longneck chilling in the fridge, Thomas Magnum is back on the case!