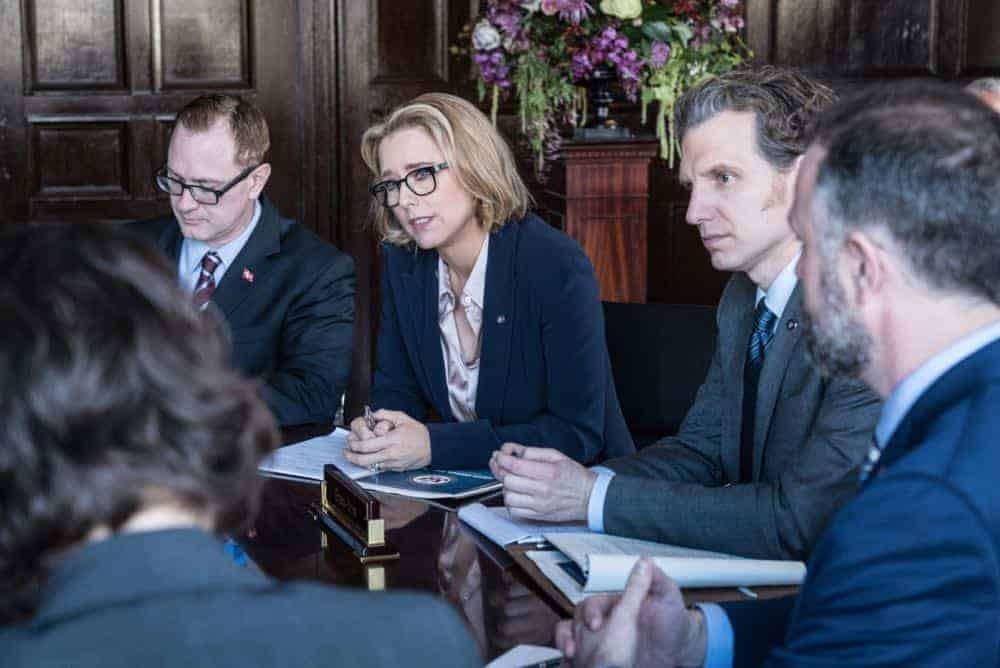 “Thin Ice” – Elizabeth is attending a summit in Montreal to resolve territorial claims of the North Pole when an activist group detonates a bomb and she can’t locate Jason and Piper. Also, things take a turn for the worse when Elizabeth learns that Russia was involved in the bombing, and Henry helps one of his students work through a difficult decision, on MADAM SECRETARY, Sunday, April 29 (10:00-11:00 PM, ET/PT) on the CBS Television Network. MADAM SECRETARY Season 4 Episode 19 Photos Thin Ice.