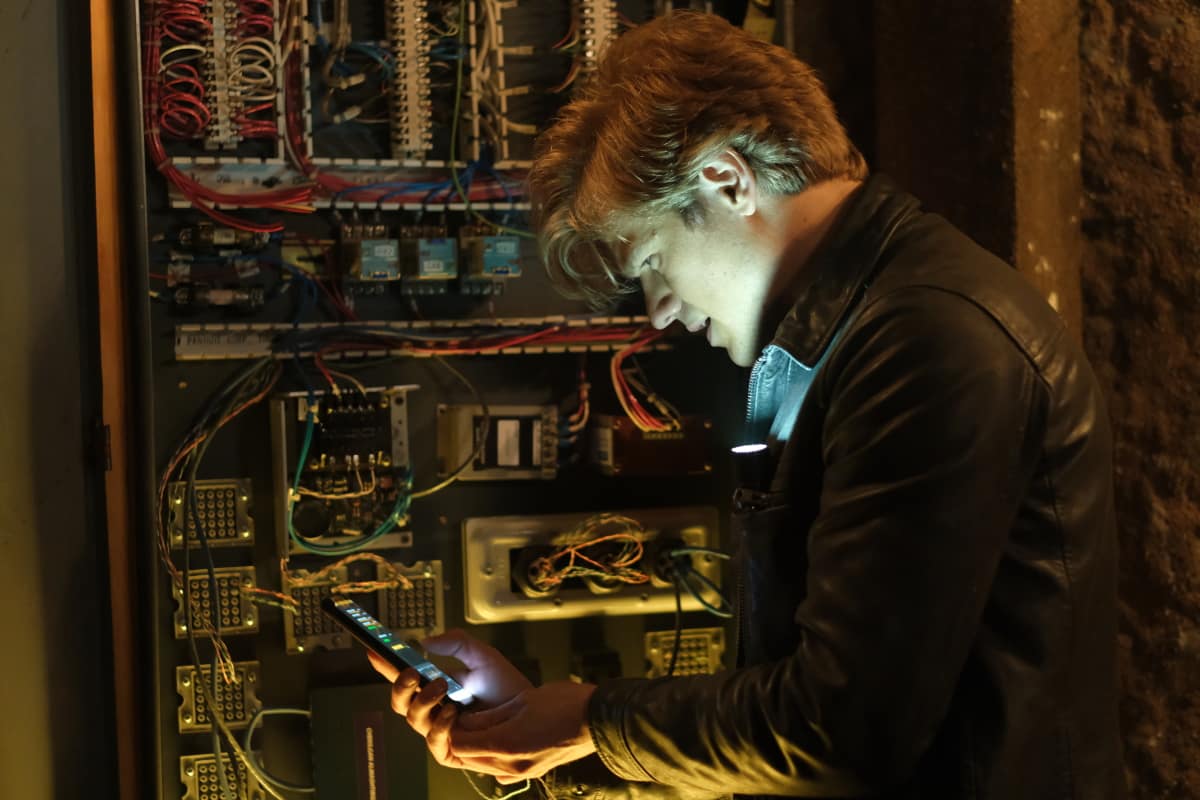 MACGYVER Season 5 Episode 9 Photos Rails + Pitons + Pulley + Pipe + Salt – “Rails + Pitons + Pulley + Pipe + Salt” – When Mac and the team are unable to prevent Department of Defense intel from falling into Codex’s hands, Mac must scale a vertical cliff using only gear he can cobble together himself to prevent the info’s transmission, on MACGYVER, Friday, Feb. 19 (8:00-9:00 PM, ET/PT) on the CBS Television Network. s05e09 5×09 5.09