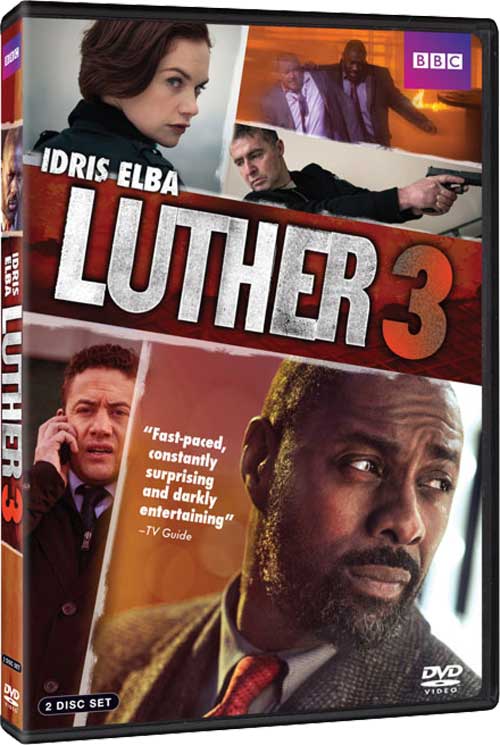 Seat42f and BBC Home Entertainment have teamed up to give THREE lucky winners a copy of LUTHER Season 3 on DVD. For a chance to win leave a comment below telling us why you want to add LUTHER Season 3 to your DVD collection. Only one entry per person. Contest ends September 19th. Winners will be notified on September 22nd via email so make sure to use a valid email address when you post your comment.

DVD RELEASE DATE : September 10th, 2013
Idris Elba (Pacific Rim, Thor) returns as John Luther in the role which won him a 2012 Golden Globe® for “Best Actor.” In the third installment of the riveting psychological mini-series, Luther returns to investigate a twisted fetishist who is murdering women in a horrific echo of an unsolved case from the 1980s. The team must put all their resources into finding the copycat killer, whose murderous spree has only just begun. Luther’s focus is divided when a reluctant Schenk assigns him to another case – a malicious internet tormentor has been found murdered in his home, with all his possessions stripped from the flat. With so many people wanting the tormentor dead, Luther needs to apply brute force to a key witness for more information, unaware that every move he makes is being watched. Bonus features include cast and crew interviews.