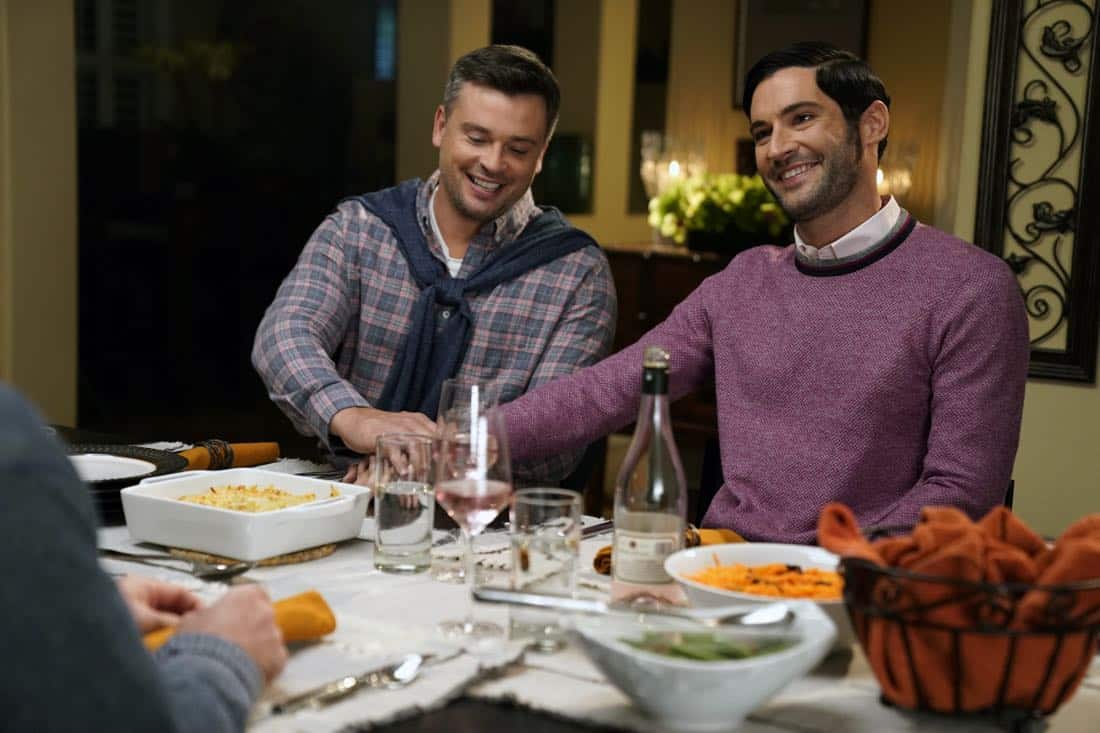 When an ecstasy cook-turned-chemistry-teacher is found murdered in a cozy Los Angeles suburb, Lucifer and Pierce must go undercover to help track down the killer. Meanwhile, Maze has a newfound attraction for someone that she used to despise and Charlotte has a revelation in the all-new “Til Death Do Us Part” episode of LUCIFER airing Monday, Jan. 29 (8:00-9:00 PM ET/PT) on FOX. (L-309) (TV-14 D, L, V) LUCIFER Season 3 Episode 13 Photos Til Death Do Us Part