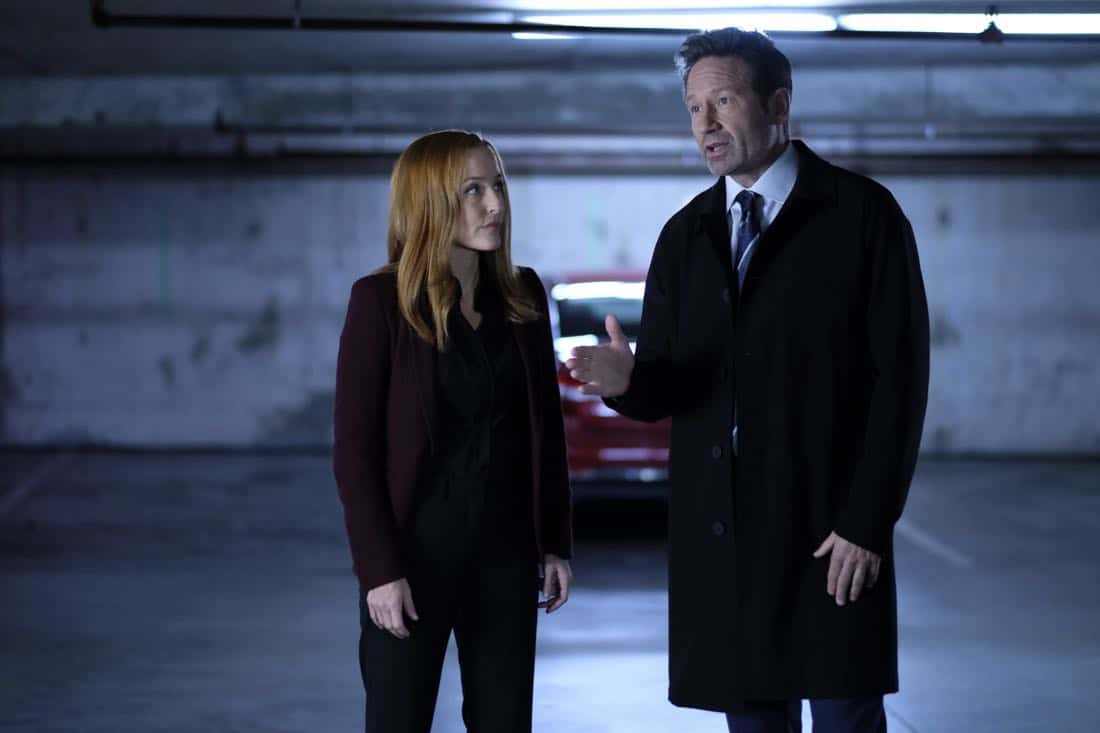 Exploring the idea of The Mandela Effect, in which large groups of people remember an alternate history, Mulder and Scully learn how The X-Files themselves may have originated in the all-new “The Lost Art of Forehead Sweat” episode of THE X-FILES airing Wednesday, Jan. 24 (8:00-9:00 PM ET/PT), on FOX. (XF-1104) (TV-14 D, L, V) THE X-FILES Season 11 Episode 4 Photos The Lost Art of Forehead Sweat

Guest Cast: Brian Huskey as Reggie Something; Stuart Margolin as Dr. They; Dan Zukovic as Martin; Bill Dow as Pangborn