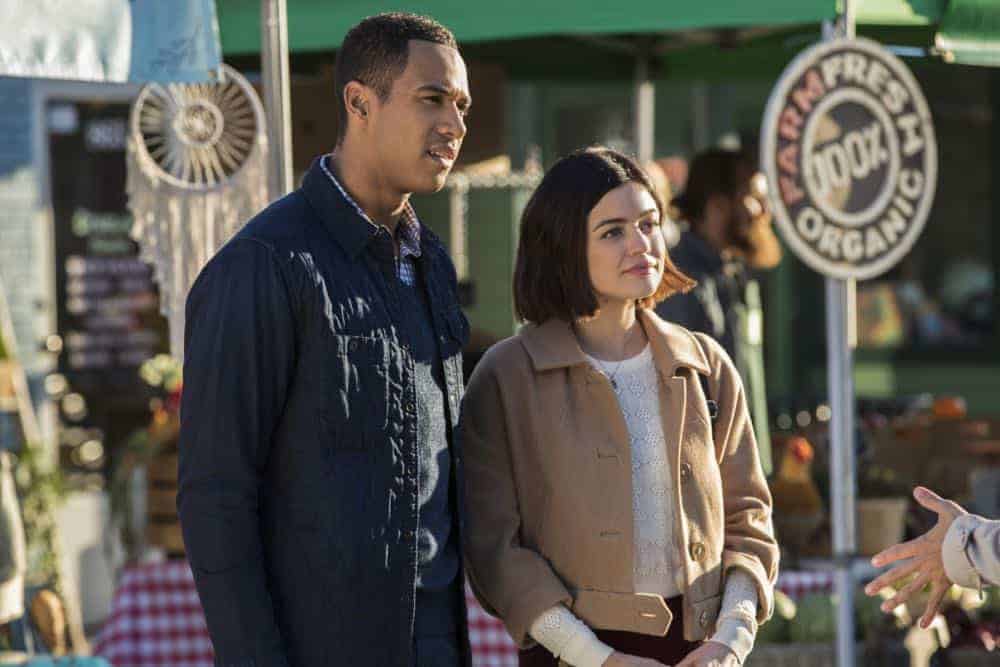 Life Sentence “Our Father the Hero” CONSEQUENCE – With Aiden (Jayson Blair) facing a growing problem, he keeps the faith that Peter (Dylan Walsh) will keep him out of trouble. Stella (Lucy Hale) struggles with not telling Aiden the truth about who really tipped of the police. Wes (Elliot Knight) is not happy when he sees Dr. Grant (guest star Riley Smith) performing at the bar. Meanwhile, Lizzie (Brooke Lyons) and Diego (Carlos PenaVega) struggle with making the right choice about the twins’ academics. Gillian Vigman also stars. Viet Nguyen directed the episode written by Tad Safran (#107). Original airdate 5/4/2018. LIFE SENTENCE Season 1 Episode 7 Photos Our Father The Hero.