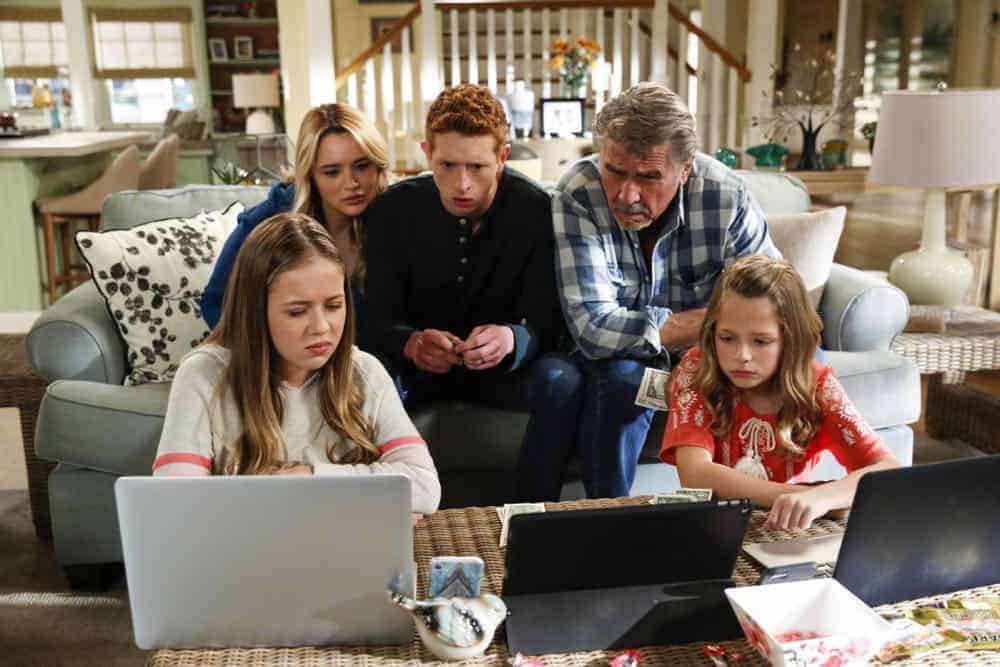 Life In Pieces “Lingerie Cookbook Gamble Surrogate” – Tyler and Tim realize they are in over their heads when Heather tasks them with buying a bra for Samantha. Also, Joan asks Jen to submit a recipe for the family cookbook, prompting Jen to steal one from her favorite restaurant; John gets Samantha and Sophia hooked on gambling while babysitting for them; and Colleen and Matt obsess about their surrogate’s unhealthy lifestyle, on LIFE IN PIECES, Thursday, May 3 (9:30-10:00 PM, ET/PT) on the CBS Television Network. LIFE IN PIECES Season 3 Episode 20 Photos Lingerie Cookbook Gamble Surrogate.