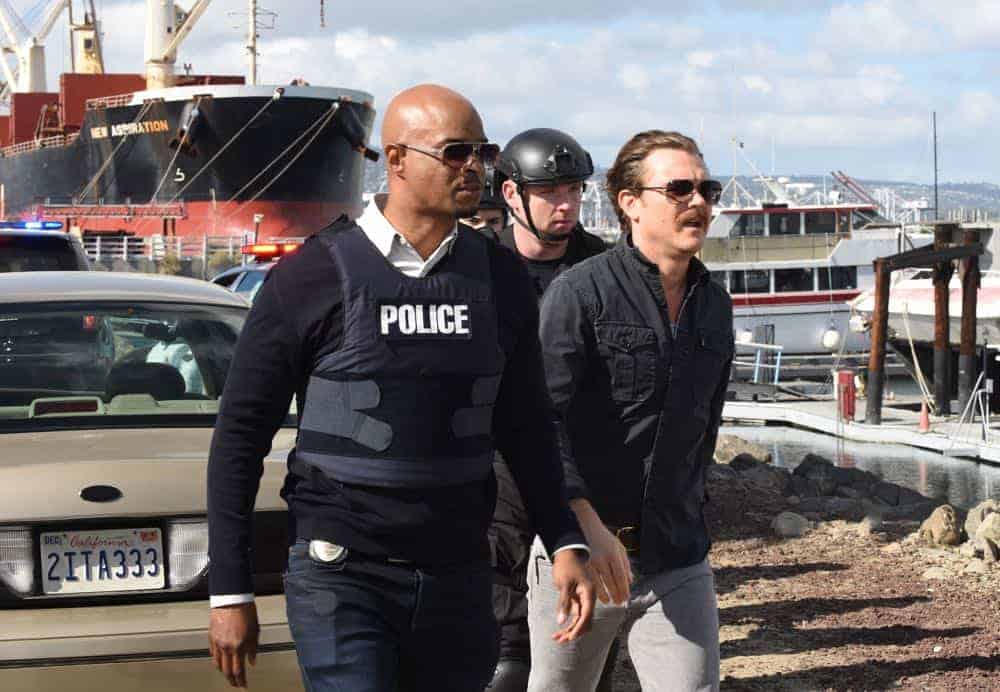 The duo sets out to unlock a case about a veteran hitman who Murtaugh has followed for years. Meanwhile, Riggs struggles to find a connection with his father, Murtaugh scares Riana with his overprotective driving lessons, and the team finds themselves wedged in a dangerous incident that tests their trust in the all-new “Frankie Comes to Hollywood” episode of Lethal Weapon airing Tuesday, April 10 (8:00-9:00 PM ET/PT) on FOX. (LET-218) (TV-14 L, V). LETHAL WEAPON Season 2 Episode 18 Photos Frankie Comes To Hollywood.