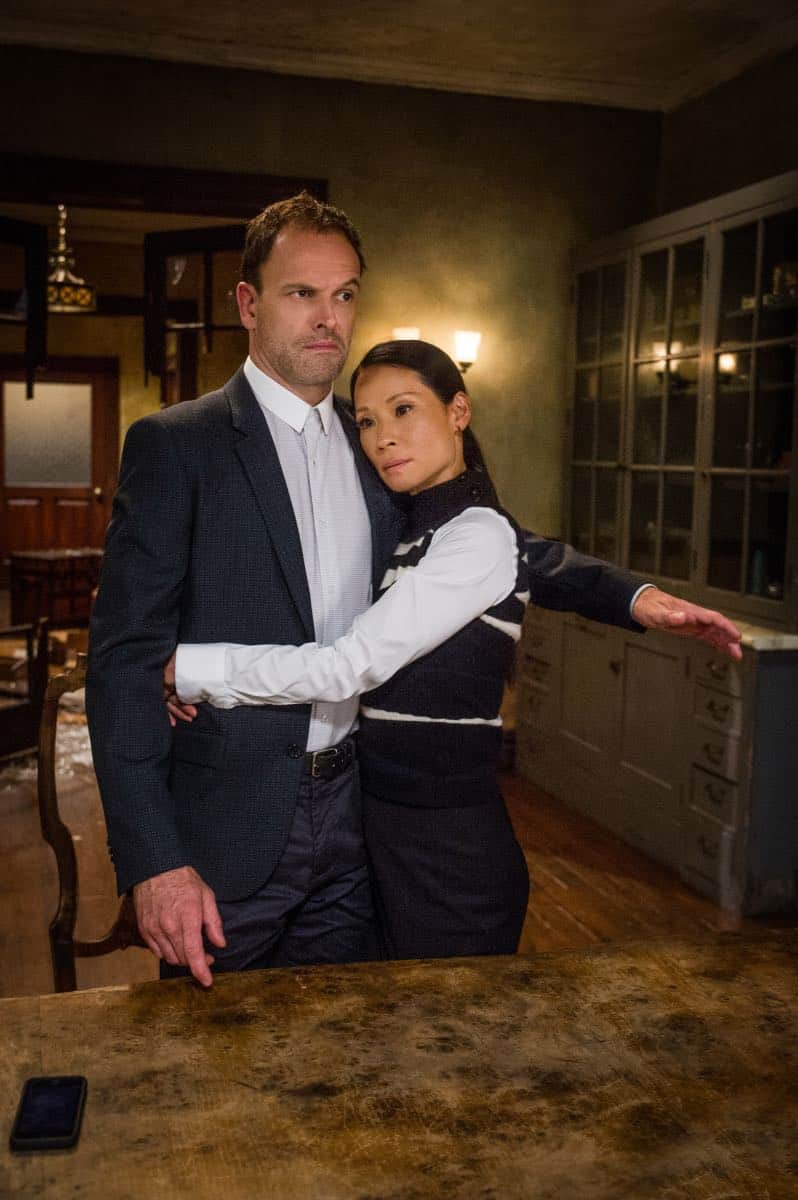 “An Infinite Capacity for Taking Pains” — As Holmes confronts a medical diagnosis that threatens both his career and sobriety, he meets Michael (Desmond Harrington), a man who credits Sherlock for helping him conquer his own addiction. Also, Holmes and Watson are hired by a reformed party girl heiress to find her missing partner in a years-old sex tape that has just leaked online, on the sixth season premiere of ELEMENTARY, Monday, April 30 (10:00-11:00, ET/PT), on the CBS Television Network. ELEMENTARY Season 6 Episode 1 Photos An Infinite Capacity For Taking Pains.

Elementary stars Jonny Lee Miller as Detective Sherlock Holmes and Lucy Liu as Dr. Joan Watson in a modern-day drama about a crime-solving duo that cracks the NYPD’s most impossible cases. Initially sober companion and client, Holmes and Watson’s relationship evolved into a symbiotic professional investigative partnership. They are the top homicide consultants for Captain Thomas Gregson and work regularly alongside Detective Marcus Bell. The pair entered into a mutually beneficial arrangement with Shinwell Johnson, an ex-convict who shared his expertise of the city’s underworld in exchange for them teaching him how to be an effective FBI informant. The trio’s alliance ended when Shinwell attacked Holmes after he and Watson discovered Shinwell committed an unsolved murder. The assault caused Holmes to suffer memory loss and hallucinations, a secret which compromises his work and relationship with Watson, and forces him to seek neurological help. Holmes copes with his health crisis by refocusing on his sobriety and discovers a new ally in Michael, a fellow addict who once found the strength to stay sober from Sherlock’s own words in past meetings. As Holmes struggles with uncharacteristic vulnerability, he fights to salvage his career and his friendship with Watson, which he values above all else.