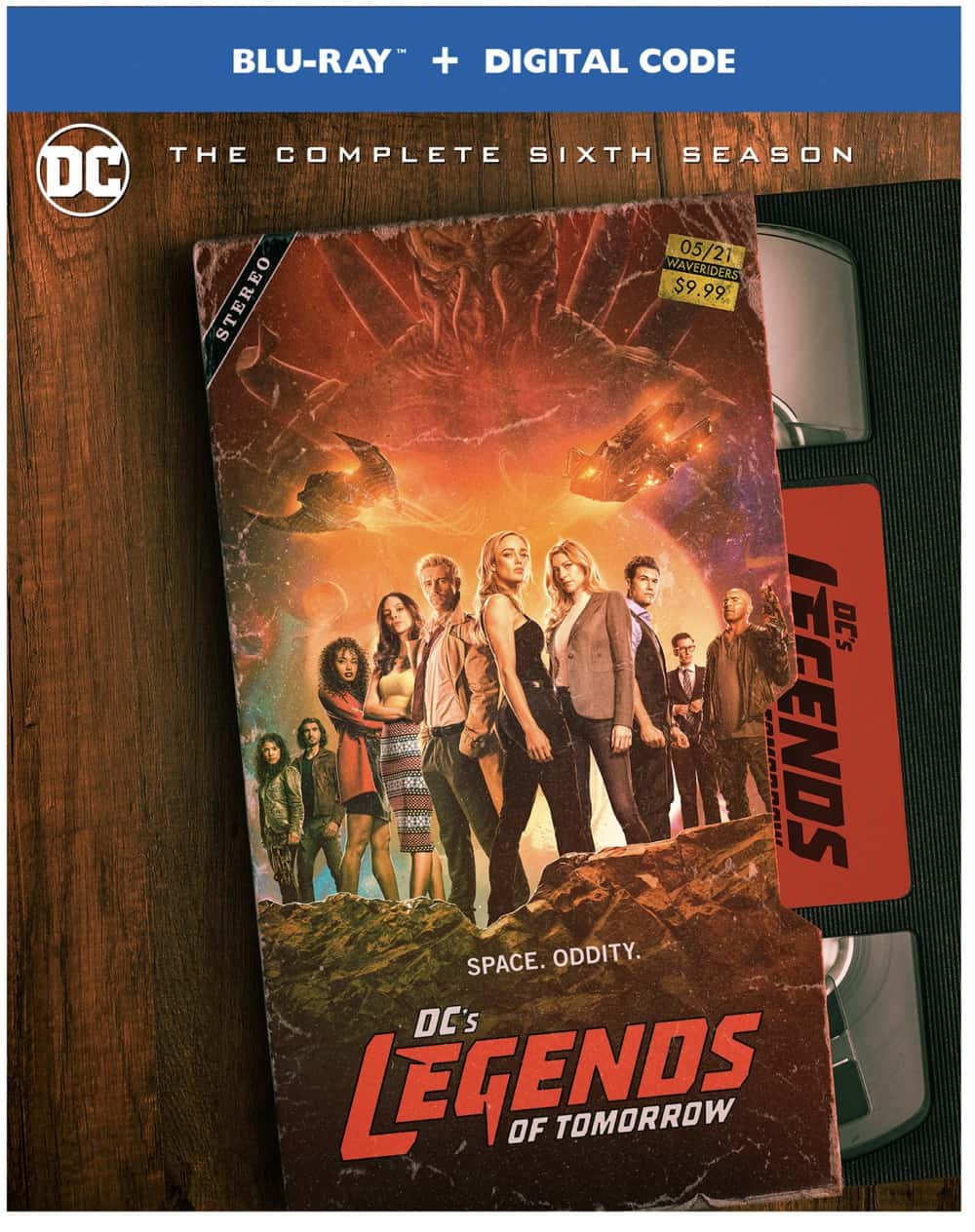 Having spent last season trying to track down the Loom of Fate, the Legends must now save history from a foe like none they’ve encountered in the past or future. The timeship Waverider’s crew have dealt with monsters, time anomalies, and most recently, villains from Hell, but this season they will face something even more challenging and bizarre … space aliens!

With Blu-ray’s unsurpassed picture and sound, DC’s Legends of Tomorrow: The Complete Sixth Season Blu-ray release will include 1080p Full HD Video with DTS-HD Master Audio for English 5.1. Featuring all 15 episodes from the sixth season in high definition, as well as a digital code of the season (available in the U.S. only).

DC’s Legends of Tomorrow: The Complete Sixth Season is available to own on Digital. Digital purchase allows consumers to instantly stream and download all episodes to watch anywhere and anytime on their favorite devices. Digital movies and TV shows are available from various digital retailers including Amazon Video, iTunes, Google Play, Vudu and others.

DC, a WarnerMedia Company, creates iconic characters, enduring stories, and immersive experiences that inspire and entertain audiences of every generation around the world and is one of the world’s largest publishers of comics and graphic novels. As a creative division, DC is charged with strategically integrating its stories and characters across film, television, consumer products, home entertainment, interactive games, DC UNIVERSE INFINITE digital subscription service and community engagement portal. For more information visit dccomics.com and dcuniverseinfinite.com. DC’s Legends of Tomorrow and all related characters and elements are trademarks of and © DC Comics.