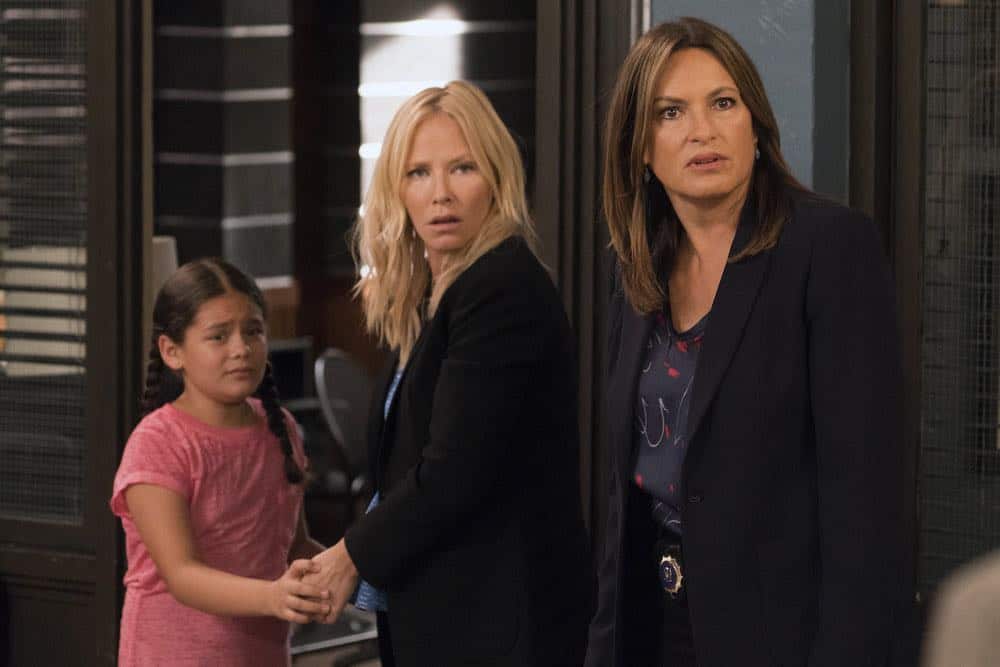 Hargitay has garnered eight Emmy Award nominations for Lead Actress in a Drama Series and won in 2006. She received two Golden Globe nominations for Lead Actress in a Drama Series, winning the award in 2005, and six SAG nominations for Outstanding Performance by a Female Actor in a Drama Series. She has won four Gracie Allen Awards for Outstanding Female Lead in 2004, 2009, 2014 and 2017, and in 2018 received the Crystal Nymph Award at the Monte Carlo TV Festival. In 2013, she was honored with a star on the Hollywood Walk of Fame.
As Benson’s second-in-command, Sgt. Odafin “Fin” Tutuola (Ice T) adds a unique sense of humor and undercover investigative experience, making him a formidable match for any partner. Det. Amanda Rollins (Kelli Giddish) has earned her place as an integral part of the team while facing head-on the emotional toll it takes to work SVU, and Det. Dominick “Sonny” Carisi (Peter Scanavino) brings a fresh outlook and distinctive style of investigation to the squad. Assistant District Attorney Peter Stone (Philip Winchester) joins the SVU from Chicago’s homicide division with a passion to learn from the best and honor his father’s legacy.

“SVU” won the Imagen Foundation Award in 2015 for Best Primetime Program, recognizing the positive portrayal of Latinos in media. The series was honored with the NAACP Image Award for Outstanding Drama Series in 2012. Fourteen episodes of “SVU” were nominated for the Prism Award and six have won, recognizing their accurate depiction of substance abuse and mental illness. Three episodes have been nominated by the GLAAD Media Awards for outstanding representation of the LGBTQ community, and the show was honored with 11 Edgar Allan Poe Award nominations and two wins for Best Television episode.